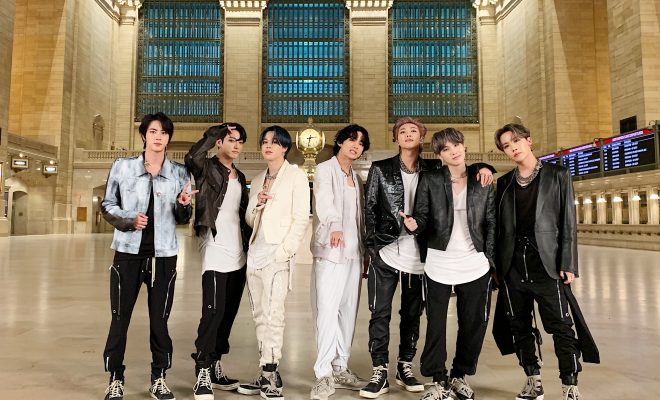 BTS played fun games, answered fan questions and staged a performance of “ON” for the very first time at The Tonight Show Starring Jimmy Fallon

The comeback stage of BTS keeps getting grander as they take on one of the most famous locations in New York for their performance. BTS’ latest appearance The Tonight Show Starring Jimmy Fallon on February 24 was nothing less than spectacular as the septet charms with their adorable personalities and world-class performance.

Titled The Tonight Show: Subway Special, it was a special episode which consists of BTS taking the subway tour of New York City and then finally performing at the Grand Central Terminal. This is also the first time in the show’s history to have a special episode like this. 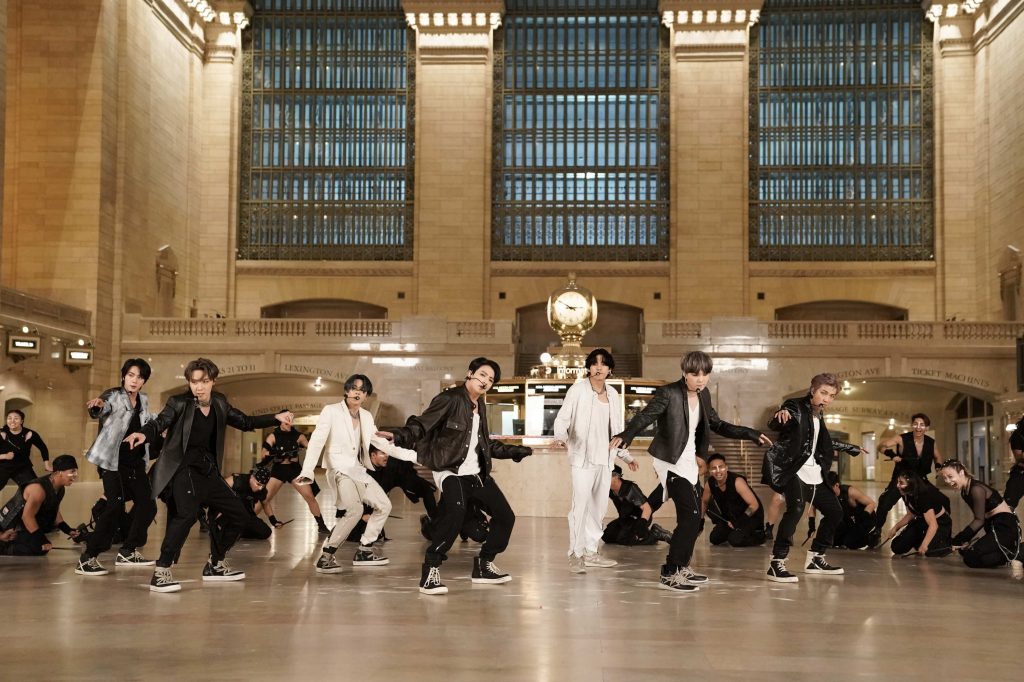 Riding the New York subway, BTS talked about their thoughts on New York, receiving love in the United States, and first impressions about each other. Going further into the interview, the group talked about what would have been their alternate professions had they not become artists.

Sharing stories about their first stage, Jungkook talked about their debut showcase which was attended by around 200-300 people. He added that it was a memorable day for him and he cried after the show because it was overwhelming. He adorably spoke all of that in perfect English, thus earning a hug from Jimmy.

The group then spoke about their latest album Map Of The Soul: 7 and its lead single “ON”. Explaining the significance of the number 7, RM says that it holds a lot of meaning to them as the group consists of 7 members and it is also the group’s 7th year together since debut.

The next corner was BTS answering questions from their fans ARMY. Here, the mystery behind the black bean noodle incident involving RM was finally revealed. BTS also expressed their mutual love for John Cena who is a big fan of the group.

Then the group proceeded to play games in the segment Subway Olympics with BTS. It was like just another RUN BTS episode featuring Jimmy Fallon with simpler rules. And of course, they cheated – because a game is not complete without BTS being super competitive and using various means to win.

Moving ahead, BTS and Jimmy visited the famous Katz’s Deli, and grabbed a bite of the pastrami sandwiches.

Finally, the main highlight of the show was when the group delivered their much-awaited performance of “ON”. The group took over the Grand Central Terminal and marked their first-ever stage for the song. It was definitely a performance to remember as the group exhibited their intense dance breaks powered by strong vocals.

Hellokpop, as an independent Korean entertainment news website (without influence from any agency or corporation), we need your support! If you have enjoyed our work, consider to support us with a one-time or recurring donation from as low as US$5 to keep our site going! Donate securely below via Stripe, Paypal, Apple Pay or Google Wallet.
FacebookTwitter
SubscribeGoogleWhatsappPinterestDiggRedditStumbleuponVkWeiboPocketTumblrMailMeneameOdnoklassniki
Related ItemsBTSThe Tonight Show Starring Jimmy FallonThe Tonight Show: Subway Special방탄소년단
← Previous Story MONSTA X Ranks On Top 10 Of 7 Billboard Charts Including Number 3 Debut On Top Album Sales With “All About Luv”
Next Story → “Itaewon Class” Tops Popularity Ranking, Kim Da Mi Takes Top Spot Among Popular Actors