YG Entertainment’s new collaboration Group “Hi Suhyun” finally released their Music Video for their song “I’m Different”. The Music video is released 2 days after their stage performance in Inkigayo.  In the MV, Leehi and Suhyun from Akdong Musician, are high school friends who both have a crush on Bobby (iKON Member) and try to chase for him. Turns out in the end Bobby has a girlfriend already! This music video certainly showed us how cute these two girls can be.

Have you check out Got7’s “Stop Stop it” Music video yet? If you haven’t, you should go watch it! Got7’s latest Music Video was released  this past Monday, and hit one million views within a day! The song “Stop Stop it” is written and composed by Park Jin Young. Bam Bam, Got7’s member, also revealed that their seniors 2PM and 15& also showed interest in the song and that they are really glad to have to chance to perform this song.

To those Running Man lovers out there, our Giraffe Lee Kwangsoo is preparing to shine! Actor Lee Kwangsoo, is confirmed to be the lead for movie “The Mutant”. The movie will be directed by Kwon Oh Kwang, who has won the Best Short Film award in Cannes Film Festival. The Movie is scheduled to show next year. 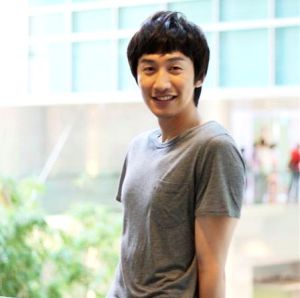