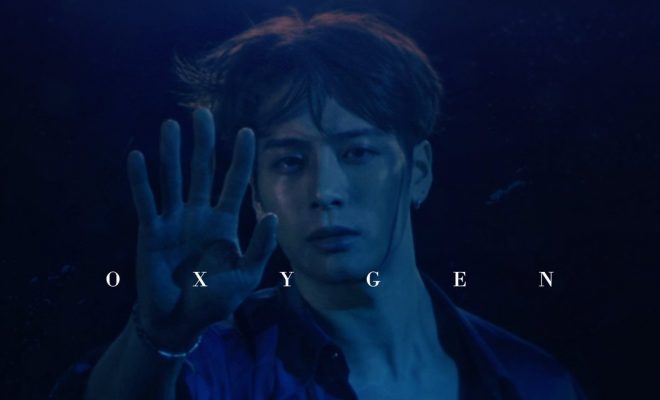 GOT7’s Jackson made fans forget how to breathe with his latest teaser photo for a new single!

Counting down to D-3, the rapper drops a stunning, all-dark-blue online cover photo on his social media accounts before the premiere of “Oxygen” on April 12.

Previously, he announced the single’s release as part of his Team Wang’s projects following the cancellation of the track “Faded”. Through a post on social media, Jackson revealed on March 19 that the previously-announced song will not be released anymore and removed its teasers online consecutively.

In spite of the bad news, the GOT7 member asked his fans to stay tuned instead to “Faded”, which was scheduled to drop in April.

Out of his activities as a member of the K-Pop idol group, Jackson runs his own label Team Wang for his activities in China as its CEO and produces his own music. He had debuted with his own solo single titled “Papillon”, and the English track topped Billboard’s China V Chart upon its release in 2017.

After “Papillon”, he had released two more singles titled “Okay” in November 2017 and “Dawn of Us” in February 2018. With its release this April, “Oxygen” will be his fourth single as a solo artist.

READ: GOT7’s Jackson Wang Wants You To Remember This Journey With Him Through “328 Journey Festival” Birthday Party

Recently, the Hong Kong-born idol held a birthday party concert called 328 Journey Festival at the Beijing Olympics Sports Center. The event, which took place on March 23, 2019, was able to officially sell out all 5,000 tickets within 98 seconds.

Are you looking forward to GOT7’s Jackson’s new single? Let us know by leaving a comment below, giving us a holler on Facebook, or tweeting us at @hellokpop!

Hellokpop, as an independent Korean entertainment news website (without influence from any agency or corporation), we need your support! If you have enjoyed our work, consider to support us with a one-time or recurring donation from as low as US$5 to keep our site going! Donate securely below via Stripe, Paypal, Apple Pay or Google Wallet.
FacebookTwitter
SubscribeGoogleWhatsappPinterestDiggRedditStumbleuponVkWeiboPocketTumblrMailMeneameOdnoklassniki
Related ItemsGOT7got7 jacksongot7 jackson oxygenjackson wangteam wang
← Previous Story Joo Jin Moo To Tie The Knot In June
Next Story → iKON To Show Their “KEMiSTRY” Through Upcoming Private Stage In Seoul