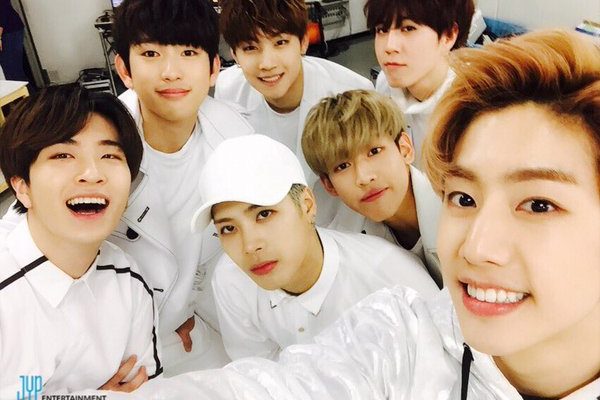 GOT7 Dedicates New Year Goals To Parents, Self And IGOT7s

Members of Korean boy group GOT7 have set their goals for 2017 for their parents, themselves and IGOT7s. The Hard Carry singers wrote down new year wishes they intend to achieve this year, accompanied by a simple treat once they succeeded.

Eldest member Mark promised to buy his parents presents they longed for. Mark’s parents are residing in Los Angeles and the idol has spent a lot of his days away from home. He then promised to treat fans with his childhood pictures if he was able to gift his parents the presents.

“My goal is to go on without regrets, just like in 2016,” wrote Bambam. The rapper of the group said he will go to Hawaii with his fans once his goal comes true.

Youngjae, on the one hand, is seeking self-improvement. The vocalist of the group hoped to sing better this year and promised to work harder and be a better singer. He ended his New Year goal with a self-cheer of “Go for it, Youngjae!” 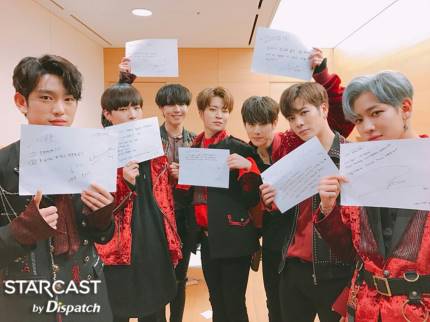 GOT7 members share their goals and wishes for 2017. (Photo credit: STARCAST by Dispatch)

Youngest member Yugyeom wanted to send his parents on a trip this 2017. “I’ll be a better son,” he wrote. Jackson wished for good health in his New Year goal. He reminded IGOT7s not to be stressed and cheer up every day. He also expressed his desire for GOT7 to be known in the whole world. “We’ll do our best and show the proud GOT7 and proud Jackson,” he wrote.

Former JJ Project members JB and Jinyoung shared a common goal to read more books in 2017. The leader of GOT7 promised to eat beef together with his members if he fulfilled his goal. The ‘Legend of the Blue Sea’ actor, on the one hand, will upload photos to confirm his reading. He also relayed his intention to get a driver’s license this year.

GOT7 recently wrapped up their fan meeting in Taipei. The group also visited Malaysia and Philippines last December 2016 for their “FLIGHT LOG: TURBULENCE” tour.