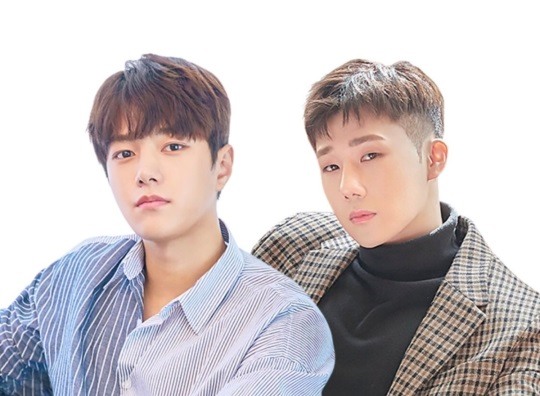 This is not a drill, INSPIRIT: we are seeing Sung Gyu and L on a live broadcast together again!

After quite a while, INFINITE members Sung Gyu and L will be teaming up for a live broadcast to give special greetings to their fans as a celebration of their 10th debut anniversary!

The two INFINITE members will be spending a special time with INSPIRIT through their scheduled Naver V Live broadcast on the V Cookie channel this June 9.

Along with communicating with fans in real time, INFINITE’s Sung Gyu and L will present an mukbang showcase that will stimulate the appetite of viewers all around the world. Additionally, the two will show off their warm friendship and perfect chemistry with each other—which has lasted for a decade—through the live broadcast.

On the show’s exact broadcast date, INFINITE will celebrate their 10th debut anniversary. With it, they aim to show their plan to continue communicating with their fans for a long time.

Aside from celebrating the group’s first decade milestone, fans are also extremely excited for the broadcast as it has been a while since the two INFINITE members had greeted fans together on screen.

While L had transferred agencies in 2019, Sung Gyu has been discharged from the military just recently—and this appearance of the duo as the current representatives of INFINITE due to the rest of the group still serving their mandatory duties is gaining high anticipation from fans. In fact, the broadcast has already surpassed 27.5 million hearts on V Live as of writing.

Meanwhile, the live broadcast featuring Sung Gyu and L will begin at 8 PM KST on June 9.