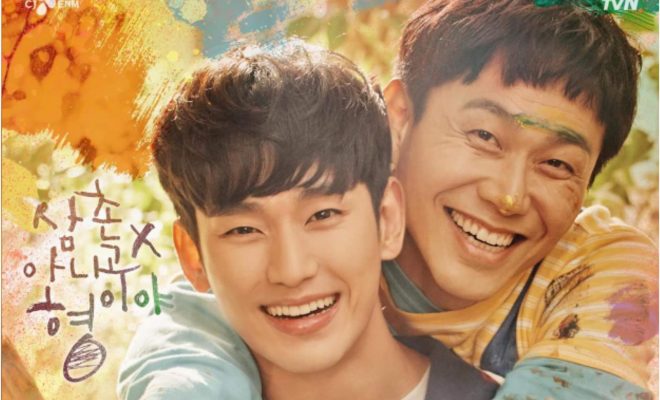 Kim Soo Hyun and Oh Jung Se will sketch a cute brotherhood relationship in It’s Okay To Not Be Okay.

On June 9, tvN drama It’s Okay To Not Be Okay released the poster featuring Kim Soo Hyun and Oh Jung Se who play brothers in the drama.

It’s Okay To Not Be Okay follows the life of a psychiatric ward worker, who refuses to believe in love after facing the heavy burdens of life. The series is an unusual romantic comedy drama that will unveil a fantasy fairy-tale love. 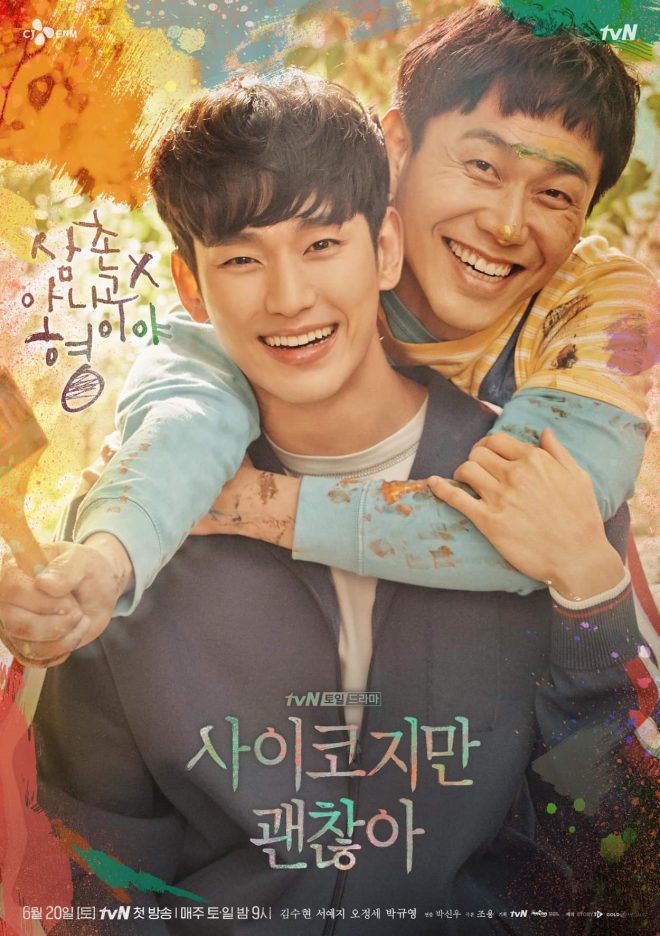 Kim Soo Hyun takes on the role of Moon Gang Tae, a mental ward employee, who lives only for his older brother. On the other hand,  Oh Jung Se portrays the older autistic brother, Moon Sang Tae.

In the poster, Moon Sang Tae embraces his younger brother carefully. Meanwhile, Moon Gang Tae broadly smiles as he receives his hug. Together, the brothers look the happiest and most comfortable.

The picture also includes the colorful paintings painted by Moon Sang Tae. With a brush in his hand, he displays pure and warm expressions.

The paint colors are smeared in Moon Sang Tae’s clothes as well as on his innocent-looking face. Additionally, in the photo, there is a sentence that reads, “I’m not an uncle,” highlighting his struggles to co-exist with other people.

With this, the new image raises exciting questions and expectations about the changes that Go Moon Young (Seo Ye Ji) will bring. She is a children’s book writer, who appears like a witch from a fairytale and will invade into the daily lives of the brothers who rely on each other.

Meanwhile, It’s Okay To Not Be Okay premieres on June 20 via tvN. The series will also be available for streaming on Netflix.