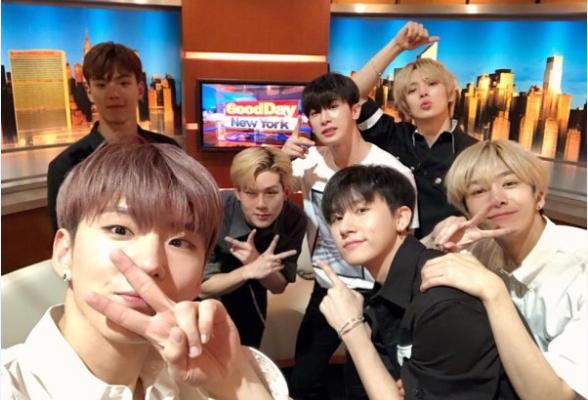 Monsta X leaves nothing but impressive performances and media frenzy with its on-going The Connect World Tour!

The United States leg of 2018 Monsta X World Tour The Connect will have the boys fire up stages in Atlanta, Dallas, Houston, San Francisco, and Los Angeles as part of the group’s 18-city world tour which kicked off in May.

American fans who attended the Chicago and Newark concerts cheered enthusiastically for the Monsta X members during the three-hour performance. 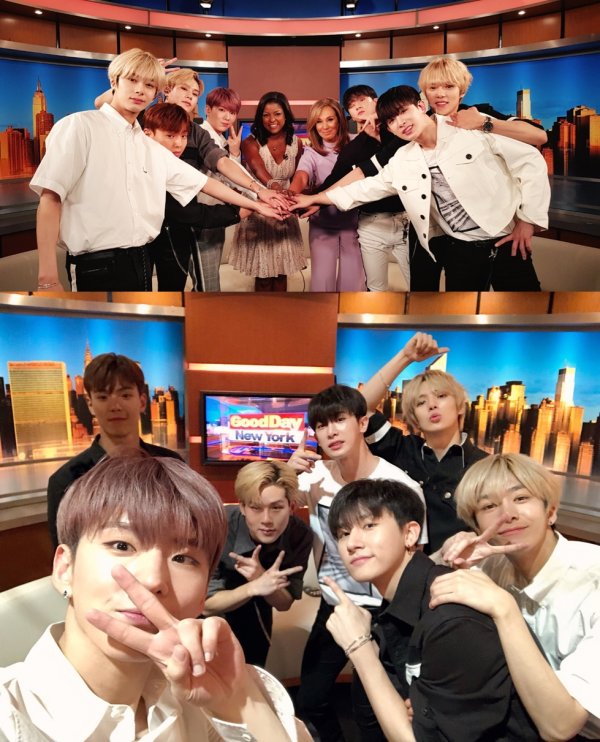 Committed to return the amazing reception of their fans, the group appeared live on Good Day New York, sharing how they appreciated the warm response on their second visit to the US. They also shared the preparations they did for the concert tour.

When asked by the hosts of the program about their inspiration for music, Monsta X revealed how experiences, friends, and their fans Monbebes motivate them.

“We have no plans yet about solo activities. We are now focusing on our group,”, said Monsta X, who epitomizes solid brotherhood and love for each other as a group.

In addition, Monsta X charmed the live audience by staging distinct and powerful performance of “Jealousy”, which was met by approving loud cheers.

Finally, the group promised, “We are going to make history in the US for the fans who have been waiting. We cherished our fans and we are always with them.” 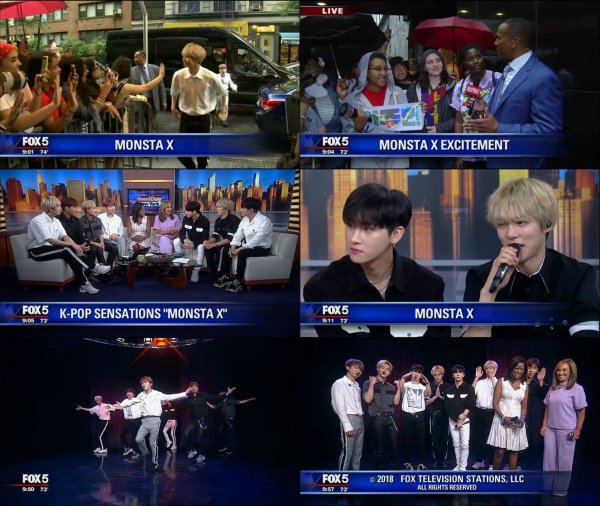 Last month, they successfully concluded the European leg of their world tour in London, Amsterdam and Madrid. They gained huge media attention, and were even covered by UK’s leading daily newspapers The Guardian and Metro.

In particular, The Guardian praised Monsta X’s performance in London, noting that it is a group skilled in singing, rapping and dancing among various musical genres.

For the remainder of this month, the boys will be heading to Atlanta on the 25th, Dallas on the 27th, and Houston on the 29th. They will still continue on the North American leg of their world tour on August 1 at San Francisco, and finally wrap up on August 3 at Los Angeles.

For the last part of their world tour, Monsta X will be having shows in South America in August. They will visit Monbebes in Monterrey on August 5, Buenos Aires on August 8, Santiago on August 10 and Sao Paulo on August 12.

All photos from Sports Donga.

Hellokpop, as an independent Korean entertainment news website (without influence from any agency or corporation), we need your support! If you have enjoyed our work, consider to support us with a one-time or recurring donation from as low as US$5 to keep our site going! Donate securely below via Stripe, Paypal, Apple Pay or Google Wallet.
FacebookTwitter
SubscribeGoogleWhatsappPinterestDiggRedditStumbleuponVkWeiboPocketTumblrMailMeneameOdnoklassniki
Related Itemsmonsta xMonsta X The Connect World TourMonsta X World Tour
← Previous Story K-Drama Female Employees Revealed To Be Underpaid At US$177/Month, Face Sexual Harassment & Verbal Abuse
Next Story → YouTube Reveals BTS & BLACKPINK As Hottest K-Pop Channels In 2018