MONSTA X’s I.M Shares “Beautiful” Words Over Reunion With Gallant During “WE ARE HERE” Concert In Los Angeles

A beautiful MONSTA X reunion with Gallant has long been due – and even the boys think so too.

MONSTA X had beautifully reunited with Gallant after over a year of filming a show together and gifting fans with a beautiful song back in July 2018.

Aside from the eternally beautiful ones they made with Monbebes while up on stage, the boy group made another golden memory behind the scenes as they reunited with a favourite face among fans.

Following approximately a year since he serenaded together with the group for an acoustic version of MONSTA X’s “Beautiful”, singer Gallant happily graced the group’s recent concert in Los Angeles.

The much-awaited reunion happened at the backstage of MONSTA X’s monumental show in Staples Center, which concluded the US leg of their 2019 WE ARE HERE World Tour.

Gallant snapped documentations of the golden moment between him and the group. Among these is the warm welcome he received from the seven boys who looked extra excited to see him once again.

my guys @officialmonstax ?????? thanks im man for the invite show is gonna be crazy pic.twitter.com/tNIkSSYrvZ

After sharing photos of them together on Twitter, the group’s maknae I.M also expressed his delight over the beautiful reunion.

“We kept in touch with Gallant after meeting him through a collaboration a year back. We were able to meet again when he gladly accepted our invitation to attend our concert,” the rapper revealed through his agency, Starship Entertainment.

“It was nice to see him after such a long time, and we were even happier when he told us he enjoyed the concert. We hope to see him again at his concert next time,” I.M shared as well. 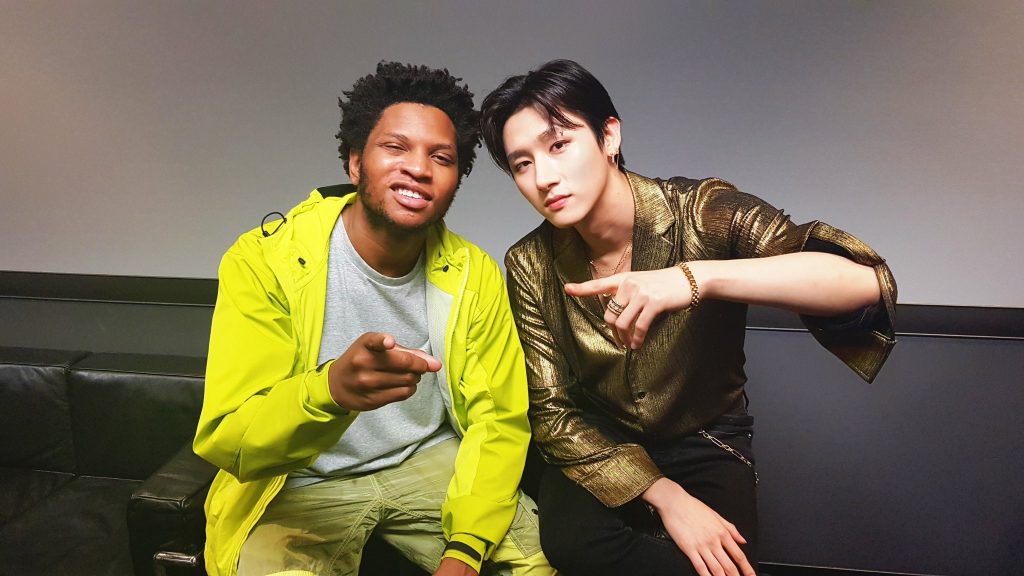 Monbebes were also overjoyed by the reunion, as Gallant proved to be among their favourite MONSTA X collaborators thanks to his genuine interest in working with the septet.

Fans especially love him for doing his best to sing in Korean for his cover of “Beautiful” with the group in July 2018.

READ: MONSTA X Dominates Staples Center In Los Angeles For Final US Stop Of WE ARE HERE World Tour