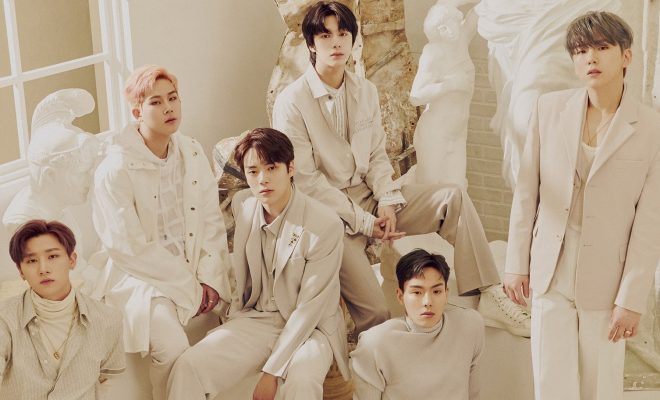 Monbebes its time to get out those calendars and jot down the dates! MONSTA X revealed an exciting schedule poster for their comeback album FATAL LOVE.

MONSTA X took to their official SNS and unveiled a schedule poster for their upcoming album FATAL LOVE. The third full length album will see a lot of amazing contents leading to its release in November.

Based on the scheduler, MONSTA X will commence the countdown to their album with a fabulous FANTASIA X film. The film will be releasing later in the coming week on October 14. A track list for the thrilling album will then be revealed on October 20. 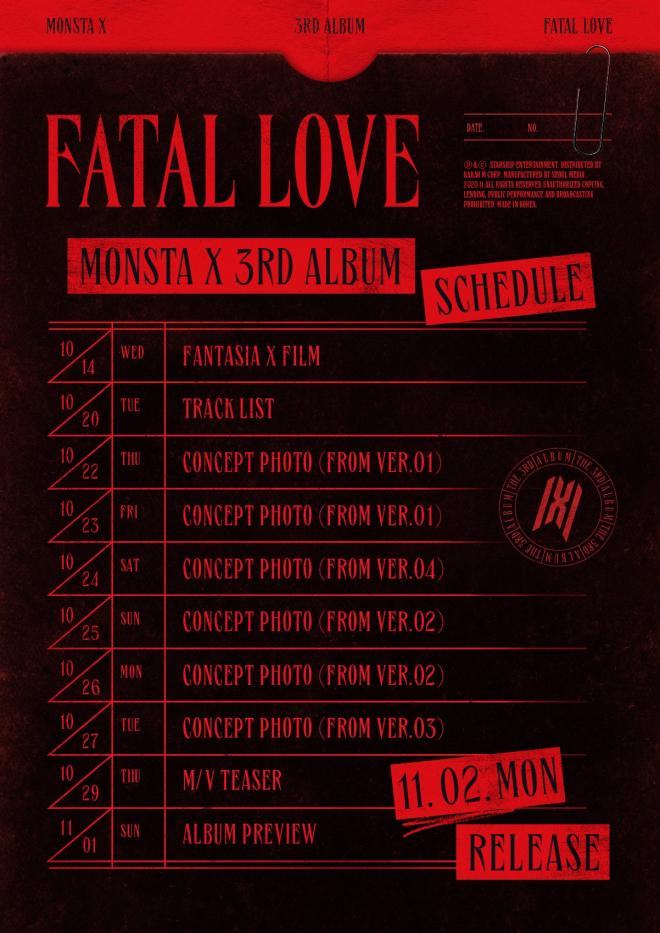 On October 29, MONSTA X will shake hearts with a power packed music video teaser before giving a glimpse into their upcoming comeback with an album preview on November 1. 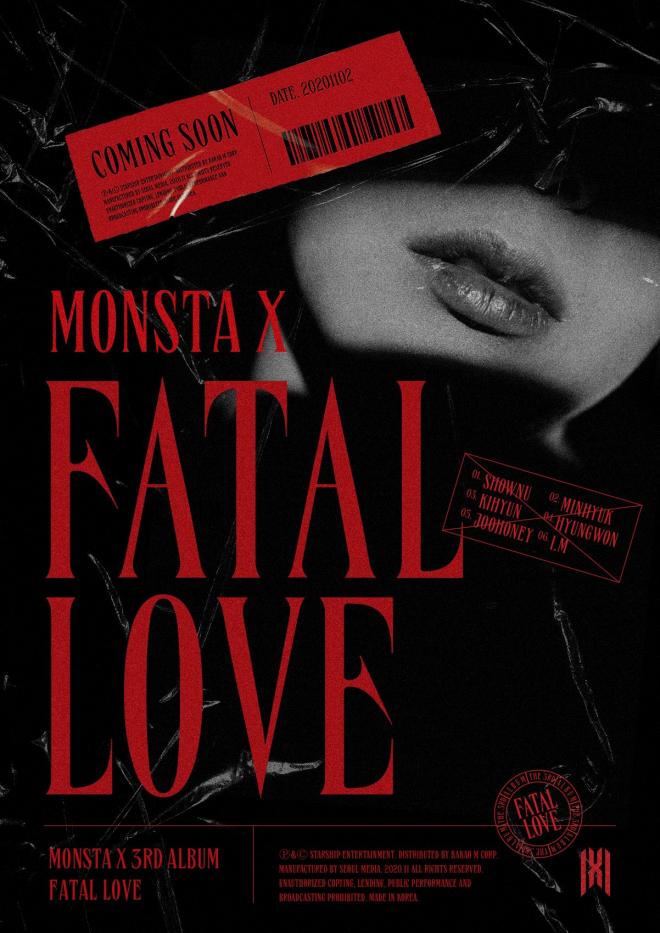 Earlier this week, MONSTA X announced their comeback with the reveal of a dark and edgy teaser image that gave off quite a dangerous and mysterious vibe. Their full length album comes after nearly five months post the release of their chart topping album FANTASIA X that released on May 26 this year. The teaser as well as this scheduler have undoubtedly piqued curiosities for what concept MONSTA X will showcase.