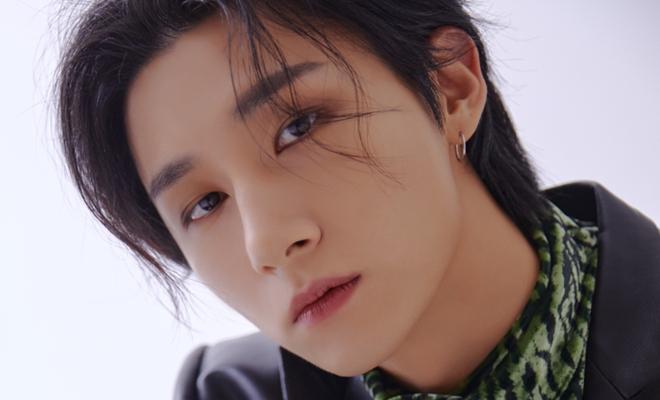 Filled with glow and handsome looks, I.M takes us to the behind-the-scenes of his first solo album.

MONSTA X’s I.M has released his own vlog showing the preparation process of the music video for his solo album’s title track “God Damn”.

Drawing huge attention with his ever-so-wonderful looks, the group’s maknae showed off his DUALITY through MONSTA X’s Mon Channel.

During the music video’s making, I.M boasted his seasoned side while showing off his more solid figure. “I took earnest care for my diet and exercised for a month to shoot the music video”, I.M said, which drew exclamations and praises from many.

I.M proudly showed off his good looks through various styling and outfits. Particularly, he raised expectations as he relaxedly posed wearing only a jacket on his music video. He also revealed his unconventional tattoo makeup to add to the mood of each scene.

All throughout the MV’s preparation, I.M had shown his professionalism, and was delighted as he said “Thanks to the music video, I have experienced lots of interesting things.”

I.M, who perfectly prepared in advance, safely finished filming the music video for his solo album’s title track “God Damn”, with confidence and great condition. The MONSTA X rapper not only took care of communicating with fans in between, he also did not forget to thank the staff and those who made the music video possible.

Displaying his stellar abilities as an artist, I.M’s digital album achieved great results as all tracks ranked high on domestic music charts. DUALITY also took the top spot on the iTunes Worldwide Albums Charts. Consecutively, the album positioned itself at No.1 on the Top Album charts in 18 countries and regions.

Meanwhile, I.M will appear on Junggigo’s talk show “SOUL BY SEL”. It will be broadcasted on the Melon application on March 18 at 6 PM KST. Special behind-the-scenes stories for I.M’s first solo album DUALITY will also be unveiled at the show.