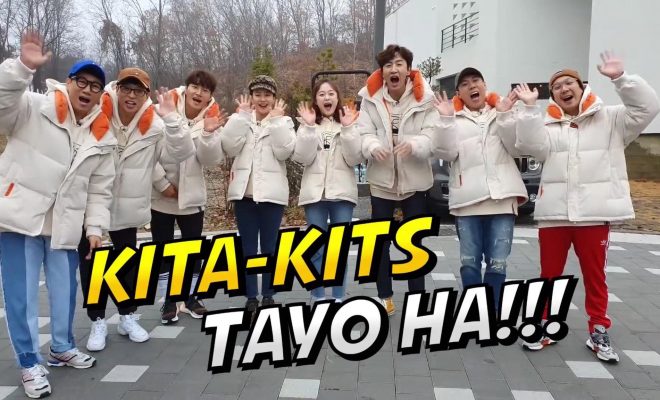 Filipino runners, mark your calendars because your favorite variety stars are finally coming to the Philippines!

The year 2020 is definitely getting more exciting as South Korean variety show Running Man has announced its plans to hold their highly-anticipated first-ever fan meeting in Manila.

Earlier today, Pulp Live World, one of the leading events promoters in the Philippines, has announced the exciting news to Filipino fans via social media.

Titled Running Man: A Decade Of Laughter Live In Manila, the fan meeting will be held  on June 21, 2020 at the Mall of Asia Arena.

Quickly after hyping up everyone with the sudden news, Pulp has likewise unveiled the seat plan and ticket prices for the event.

Tickets to the fan meeting will officially commence selling on January 19, 2020 at 12 noon via SM Tickets outlets nationwide and online.

Prices and tiers are as follows and exclusive of ticketing charge: 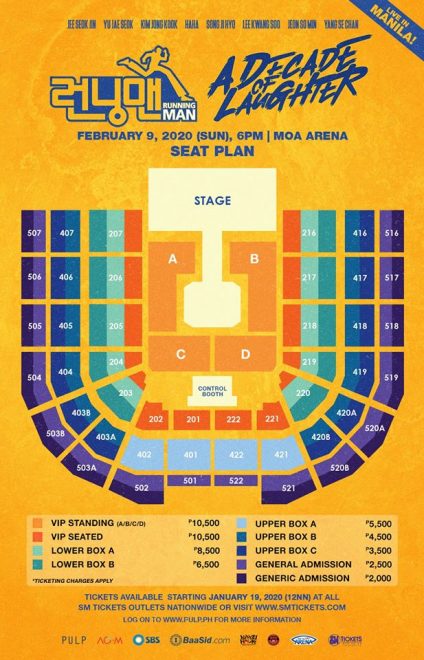 Running for almost a decade now, the popular program continues it mission to give laughs to its viewers. Currently, the show already has a total of 483 episodes under their belt.

Celebrating their impressive long years in the industry, the group has delighted their Korean fans with their first-ever fan meeting in Seoul on August 26 this year.

Treating their loving international supporters with a memorable show as well, the members have also visited Hong Kong, Jakarta, Taiwan, Singapore, and more Southeast Asian countries in the past few years.

SEE ALSO: “Running Man” Exciting 9th Anniversary Fan Meeting Performances That You Should Watch Out For