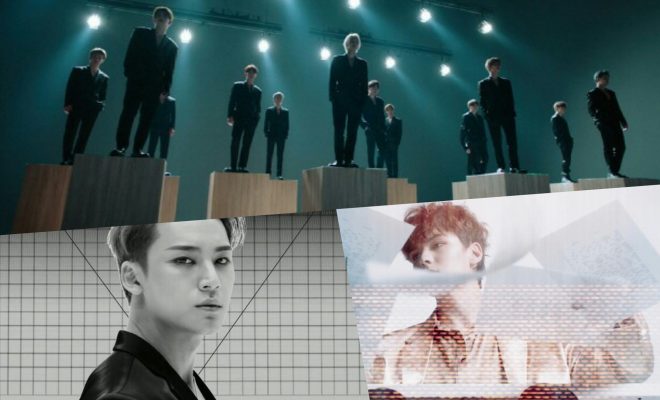 SEVENTEEN is ready to sing a new ode to fans!

SEVENTEEN is setting the mood for their nearing, much-anticipated comeback set to storm the K-Pop scene sooner than expected!

The boy group solicited excited screams from fans as they unveiled the prologue video for their upcoming release titled An Ode 1 : Unchained Melody! The surprise reveal from the thirteen-member group was made on the midnight of July 24.

Bringig much excitement from fans who had been waiting for another powerful return from them, the group signals their expansion and growth prepared for showing a wider spectrum of SEVENTEEN this time around.

The one and a half minute-long teaser showed off a dark concept from the group, almost reminiscent of their “Getting Closer” comeback.

The clip emphasized on the word “extraordinary” along with the title “unchained melody”. They also flashed the instruction “Describe what you see” to Carats, which left many looking for further hints on the group’s comeback concept throughout the video.

Pledis Entertainment confirmed earlier on July 12 that SEVENTEEN is spurring preparations for a massive comeback in the month of August.

Their newest release will mark SEVENTEEN’s first comeback in over seven months since they dropped their sixth mini album You Made My Dawn, headlined by the heartwarming track “Home”.

Besides their comeback, the group is scheduled to treat fans by kicking off their Ode to You tour on August 30 up to September 1 at the KSPO Dome in Olympic Park.