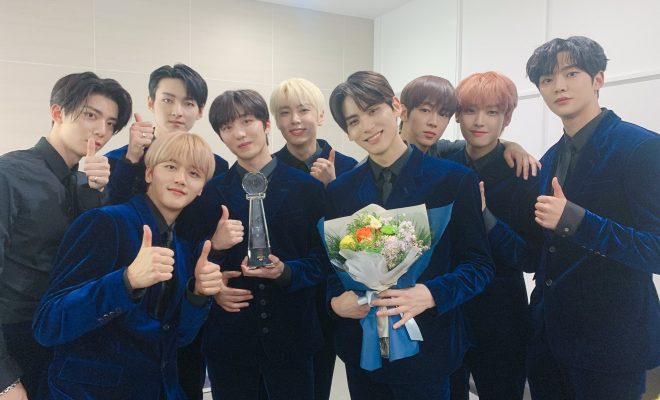 A happy, happy birthday for Chani and their 1200th day as a group is definitely up as SF9 nabs their second music show win! 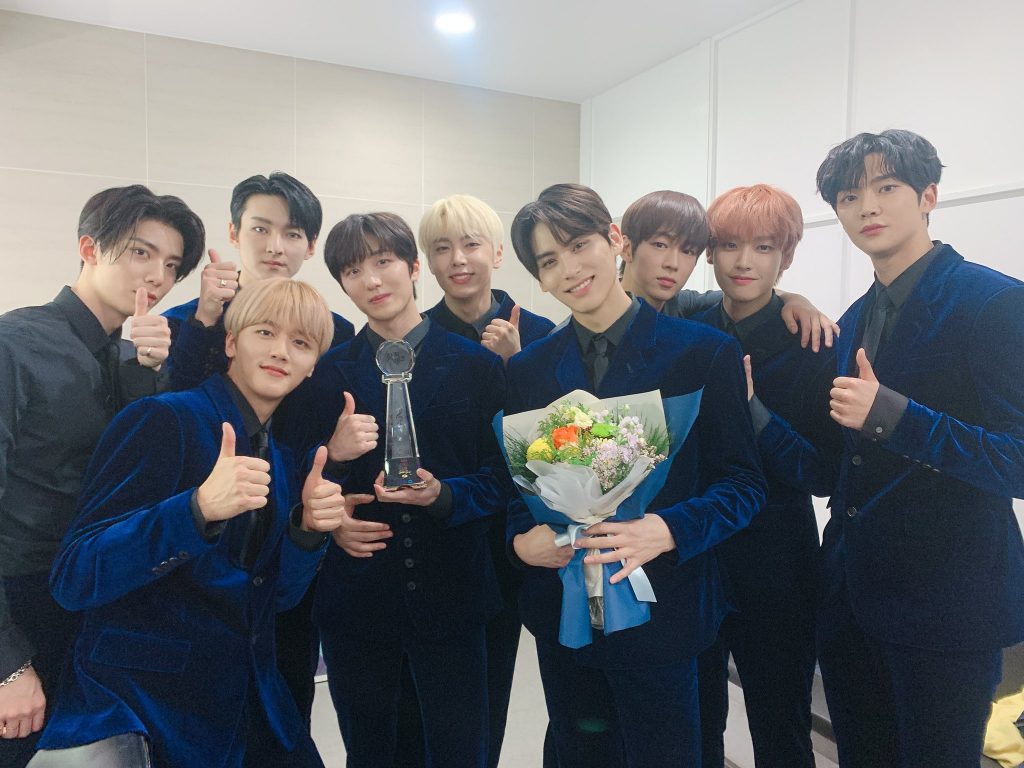 Bringing on a beautiful victory just in time for the birthday of their youngest member Chani and their 1200th day anniversary since debut, the boy group saw a heartwarming return of their hard work as they received another trophy after triumphing over Red Velvet for today’s episode of Music Bank!

Collecting a total of 5,185 points, the group made everyone emotional with the shock on their faces as they get announced as today’s winners. As if the tears they shed on stage after getting their first-ever music show win since debut on the 16th didn’t fill up an ocean yet, the members emotionally delivered their gratitude to fans for the very special gift they received once again. 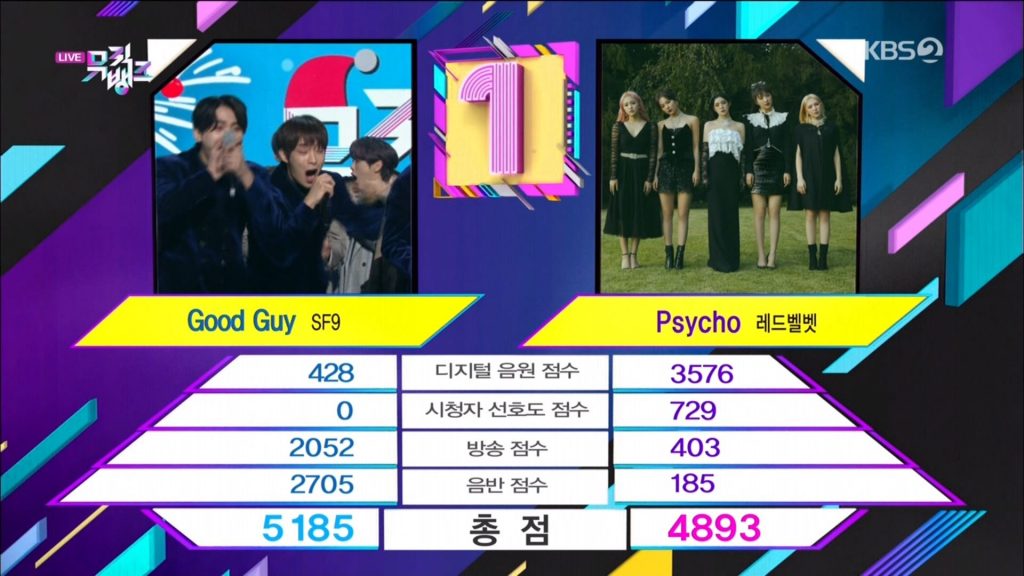 “Daebak! (Amazing!)” was the first thing that Inseong said, conveying just how speechless the entire group had been at their unexpected win.

“I’m sorry, I really didn’t expect that we’d win! First of all, thank you to our FANTASY!” Youngbin said as he tried to come up with words as he listed people to thank in addition to their fans, including their main producer, manager, and more. 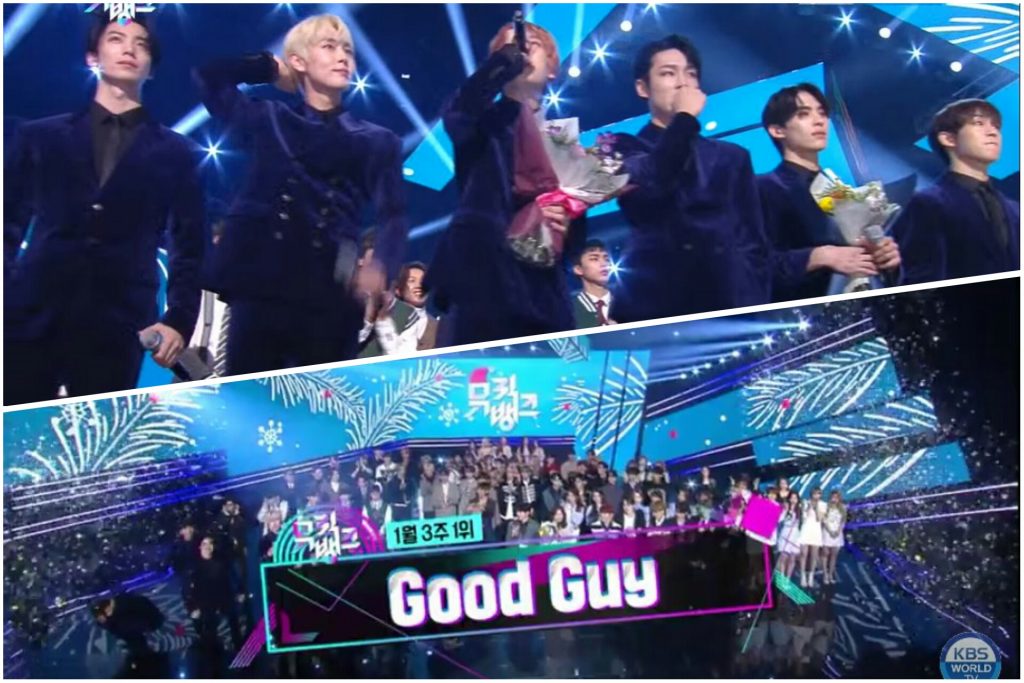 “We were able to win thanks to FANTASY! I couldn’t say anything properly yesterday but I think I can do it today. Thank you FANTASY!” Dawon said as he stepped up.

“Thank you for this unexpected gift! We’ll continue to work harder and become better singers. Thank you so much!” Inseong also told their fans.

In celebration of this special event and Chani’s birthday, the group fed their maknae a bowl of rice soup on stage. Meanwhile, fans expressed how happy and proud they were of the group’s continuing achievements through the hashtag #SF92ndWin on Twitter.

HAPPIEST BIRTHDAY URI MAKNAE KANG CHANI!!!!!! WE WON!!!! OMG LOOK AT THEM!!! YOUNGBIN IS MORE SURPRISED WAAA ZUHO IS SHAKING OMG OMG OMG WE WON OVER RED VELVET IT WAS SO SO CLOSE BUT WE WON!!!! 😭😭😭🎉🎉🎉 CONGRATULATIONS @SF9official !!!!!!! #SF92ndWinpic.twitter.com/A4JCrXyATG

THE BOYS SHOCKED FACE IS WHAT IM LIVING FOR
EVEN ME CANT BELIEVE THIS IS HAPPENING😭😭😭😭💕#SF92ndWin#GoodGuy2ndWin pic.twitter.com/NAQzxcFfP0

Seeing Juho cry made me break down too I CANT BELIEVE THIS IM GONNA EXPLODE WE GOT #SF92ndWin pic.twitter.com/CRyQWpGLLi

i literally screamed my heart and lungs out I CANT BELIEVE IT???? THE BOYS CANT BELIEVE IT TOO???? we were just so happy to be nominated in mubank especially alongside rv but this 😭 FANTASY WE WON OUR 2ND WIN ON CHANI'S BIRTHDAY!!! 🎉🎉 #SF92ndWin 🏆🏆 pic.twitter.com/PDWAhH8qf9

Congratulations to SF9 for this well-deserved second win!

Hellokpop, as an independent Korean entertainment news website (without influence from any agency or corporation), we need your support! If you have enjoyed our work, consider to support us with a one-time or recurring donation from as low as US$5 to keep our site going! Donate securely below via Stripe, Paypal, Apple Pay or Google Wallet.
FacebookTwitter
SubscribeGoogleWhatsappPinterestDiggRedditStumbleuponVkWeiboPocketTumblrMailMeneameOdnoklassniki
Related Items#SF92ndWinMusic BankSF9
← Previous Story BTS And Starbucks Team Up For A Truly Bright Campaign
Next Story → BTS Touches New Horizons With Latest Single “Black Swan”