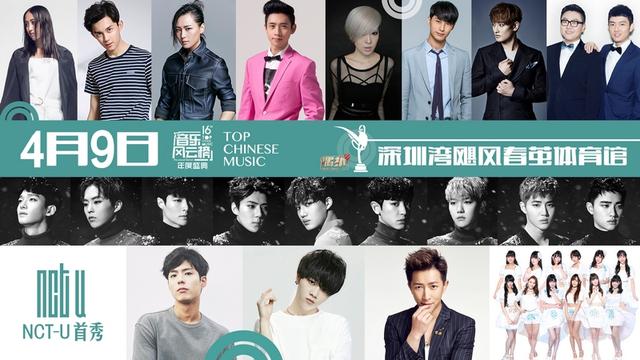 As previously reported, EXO, Park Bo Gum and Kangta will be attending the prestigious ’16th Top Chinese Music Awards’ at Shenzhen on April 9.

According to various Chinese media on April 7, the organizer of the awards show has unveiled a partial line-up, revealing that SM Entertainment’s upcoming boy group NCT U will be present, too.

According to Sina, citing the organizer, “NCT U will have eight members which come from different countries with an average age of 17 years old. Three of the members, Mark, Jaehyun and Ten have already been confirmed to debut as part of NCT U with all the individual video teasers released.” However, NCT U has only six members announced so far.

SM has also confirmed that NCT U will debut both in China and Korea. The group will perform at the 16th Top Chinese Music Awards on April 9, and Music Bank on April 15.

NCT, representing Neo Culture Technology, will have units made up by different members from different countries, to promote in specific regions. There will not be a fixed number for all the groups debuting under the brand of NCT.

This is not SM’s first group to have a debut performance at this awards show. Super Junior-M and EXO-M also had their debut stages on this show as well.