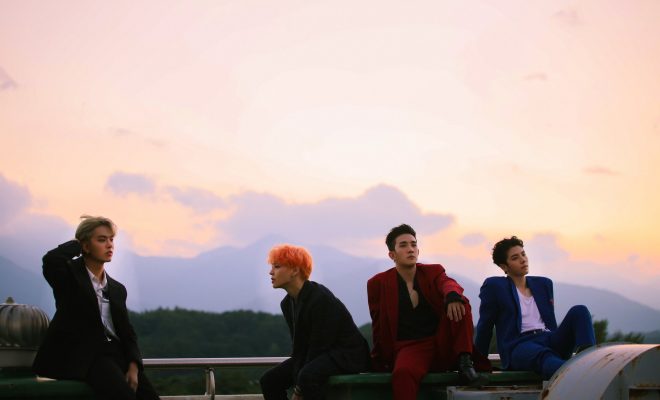 The Rose will be serenading fans with their beautiful music once again as they set the calendar for an August comeback!

The Rose will be making this month bloom beautifully with new music scheduled for release this August 13! 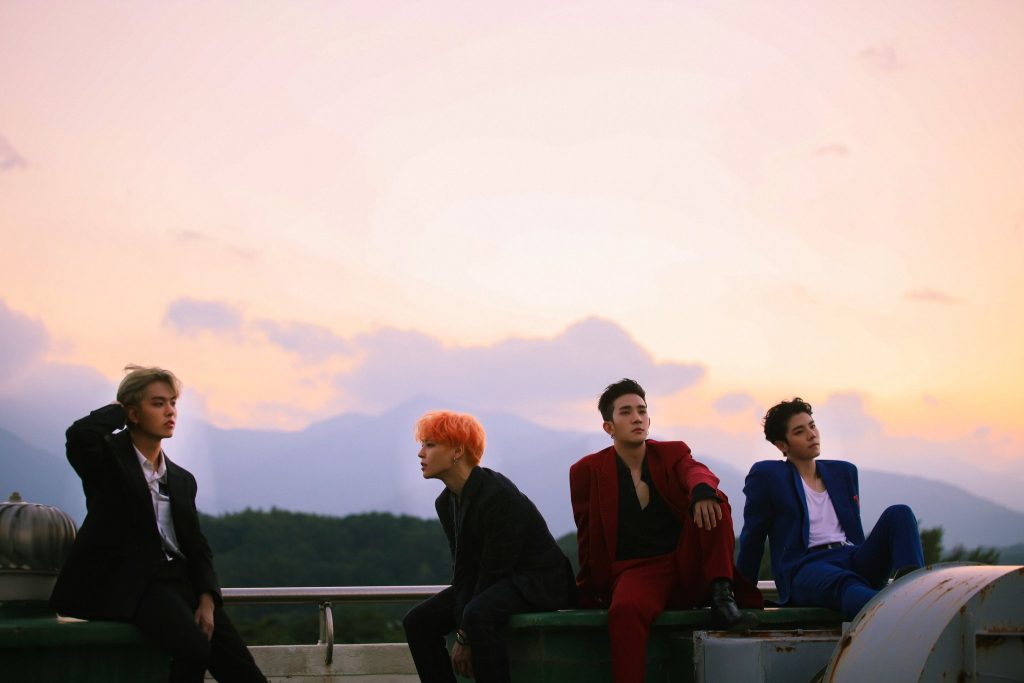 Marking their first comeback for the year, the band will be unveiling a new single album titled RED on August 1 at 6 PM KST. Following their debut with “Sorry” and “Like We Used To” in 2017, their new track “Red” will serve as their third single release.

The quartet announced the wonderful news to fans via a group teaser image on the midnight of August 6 where they stood out amidst the wispy orange sky while donning crisp and colorful suits coolly.

To further help fans prepare for the slew of teasers they will be releasing as they count down to D-day, the band also shared a timetable on the afternoon of August 6. 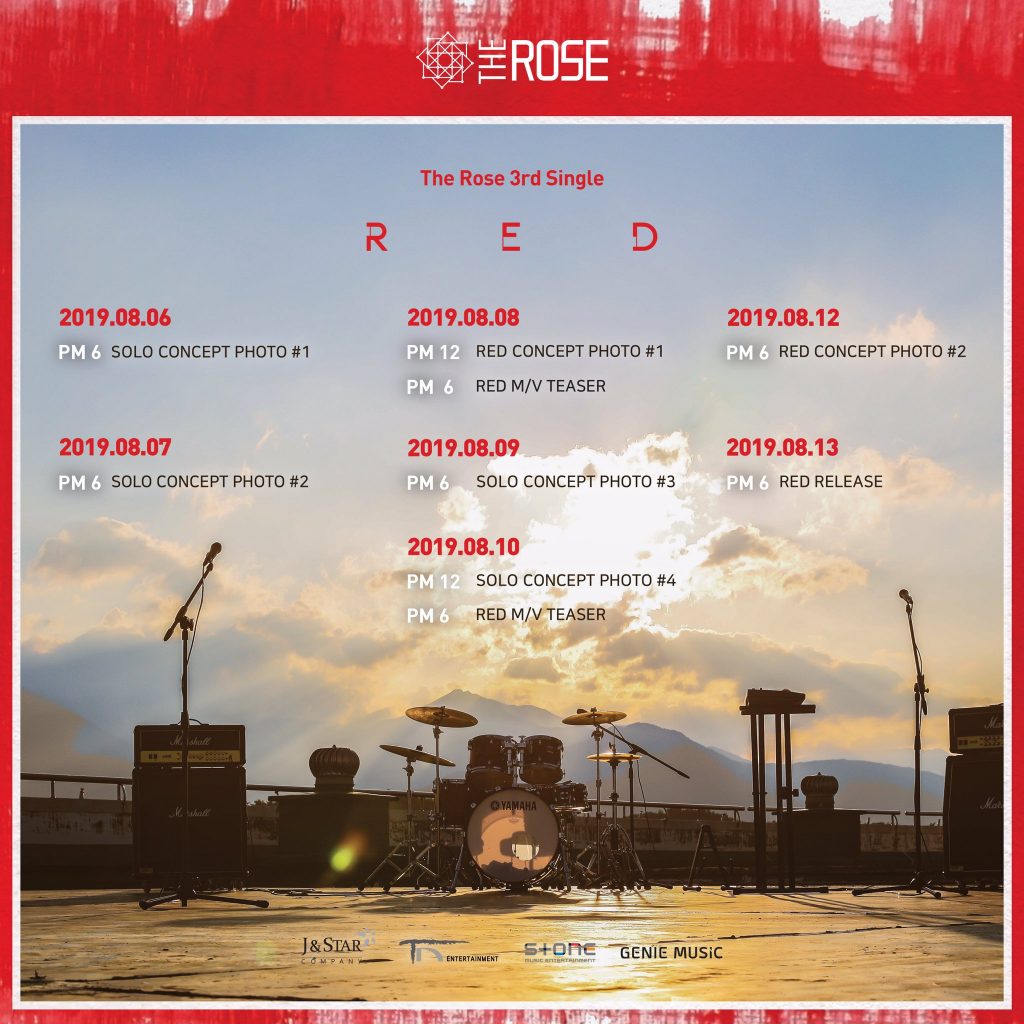 The Rose last made fans swoon on October 4, 2018 with their second mini-album Dawn. This beautiful release included the tracks “Baby” and “She’s In The Rain”, which both won hearts of so many fans with its melodies and lyrics which effectively draw out emotions from listeners.

Its success also showed as it ended up charting worldwide and drew in much more attention to the various talents of Woo Sung, Do Joon, Ha Joon, and Jae Hyeong.

This August 17, the band will be taking the stage once again for another much-awaited solo domestic concert. Titled We Rose You Live in Seoul, it will take place on August 17 at the MUV Concert Hall in Hongdae, Seoul.

The concert announcement also excited fans as it signals another world tour from the band.

READ: The Rose To Kickstart “We Rose You Live” World Tour With Blooming Seoul Solo Concert