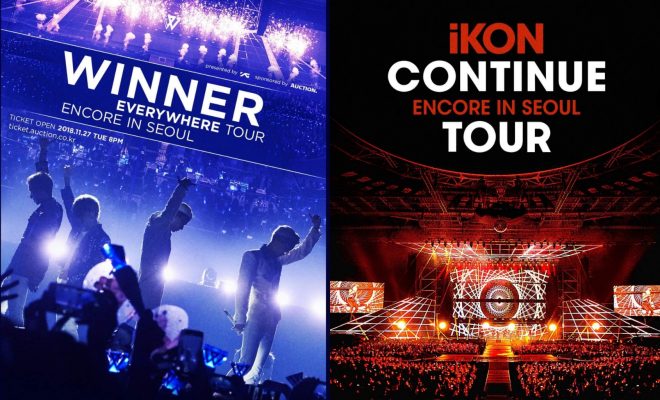 WINNER and iKON will once again fuel back-to-back concerts in Seoul!

KSPO Dome will be painted nebula blue and KonFire red in the first weekend of the new year as WINNER and iKON hold the respective encore concerts of their world tours in January.

WINNER will take the stage of the KSPO Dome (Olympic Gymnastics Arena) first on January 5 at 6 p.m. Titled WINNER EVERYWHERE Tour Encore in Seoul, the concert will showcase the boy group’s unique color and potential again.

“The encore concert was prepared to repay the love we received from our fans in South Korea,” said the members in a statement released by YG Entertainment. The concert will also serve as Seungyoon, Jinwoo, Seunghoon, and Mino’s first activity as a group in 2019.

Ticket sales for WINNER EVERYWHERE Tour Encore in Seoul will go on sale exclusively through Ticket Auction on November 27 at 8 p.m. 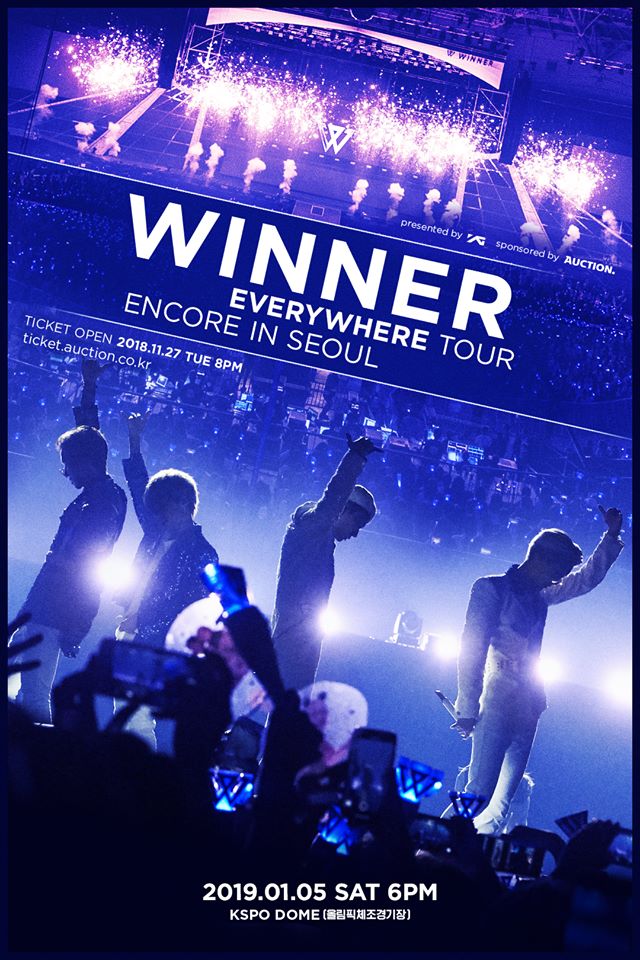 Meanwhile, iKON will end the first weekend of 2019 with fiery performances at the KSPO Dome (Olympic Gymnastics Arena) on January 6.

See Also: iKON And iKONICs Stage The Biggest And Wildest K-Pop Party At The “2018 CONTINUE Tour” In Manila

B.I, Bobby, Jinhwan, Junhoe, Yunhyeong, Donghyuk, and Chanwoo will greet their fans in South Korea again through iKON CONTINUE Tour Encore in Seoul. iKONICs can look forward to fiery performances with celebrative festival atmosphere which are true to iKON’s color.

Tickets to iKON CONTINUE Tour Encore in Seoul will go on sale via Ticket Auction on November 29, 8 p.m. 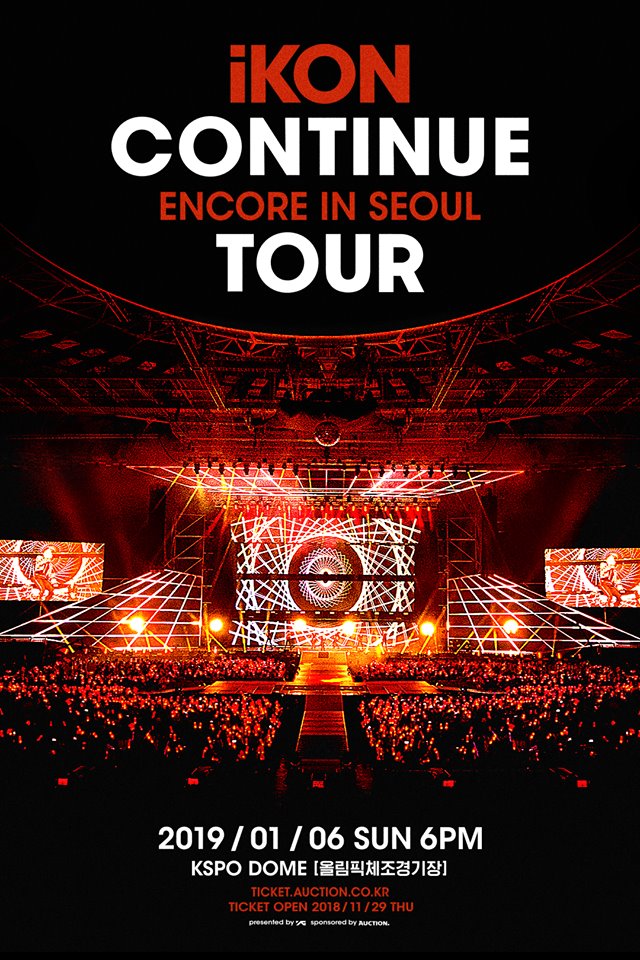 Both WINNER and iKON staged their first ever world tour in 2018.

Through its world tour, WINNER visited Japan, Malaysia, Thailand, Singapore, and the Philippines. The boy group will also bring its tour in Indonesia, Hong Kong, and North America. On the other hand, iKON treated iKONICs in Taiwan, Malaysia, Thailand, Australia, Singapore, and the Philippines to party-like concerts. The boys will also perform in Indonesia and Jakarta this November.

Hellokpop, as an independent Korean entertainment news website (without influence from any agency or corporation), we need your support! If you have enjoyed our work, consider to support us with a one-time or recurring donation from as low as US$5 to keep our site going! Donate securely below via Stripe, Paypal, Apple Pay or Google Wallet.
FacebookTwitter
SubscribeGoogleWhatsappPinterestDiggRedditStumbleuponVkWeiboPocketTumblrMailMeneameOdnoklassniki
Related ItemsiKONWinner
← Previous Story Shinhwa’s Lee Min Woo To Make Christmas Season Extra Special With A Three-Day Solo Concert
Next Story → Lee Joon Gi Sells Out Tickets To Seoul Fan Meeting