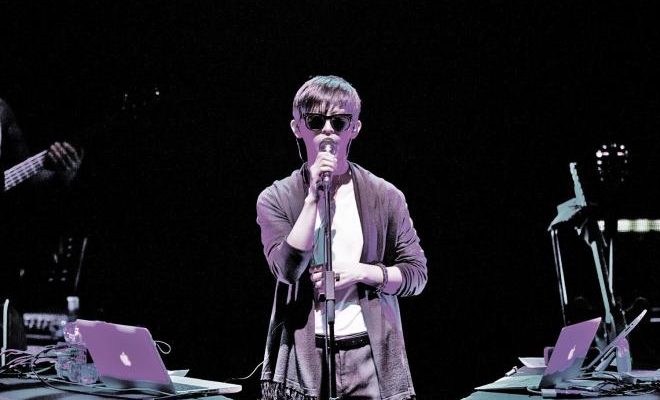 Welcome back to Hellokpop’s 2021 In Review. The two-week series begins today as we recognize our Song of the Year, alongside the runner-up and ten other standout tracks that contended for this spot.

Considerations for Song of the Year include both subjective assessments of musical quality as well as ones of impact, influence, and popularity. In this way, this category differs from the genre picks: sometimes the winner has both types of traits, and sometimes one is just so dominant as to make the other irrelevant.

The “next-best ten” are listed in alphabetical order, to avoid genre category winner spoilers. (Most of these contending tracks will get more detailed treatment in the genre category posts.)

The titular fragility of eAeon’s third album is not only evident, but transparent in “Maybe”: eAeon’s narrator speaks gingerly, unsure of his own feelings and memories and even dreams, as his bass and topline alike dither and wobble precariously. So the sudden conviction of the chorus, as the distorted guitars erupt and the backbeat synths land haunting notes, is unexpected; but it’s a stunning expression of the anguish that the vocals hide. As the narrator struggles to understand his “crumbling emotions”, pursuing “our story that’s too long”, the track glides to an understated but emotional conclusion. In eAeon’s most tender work to date, his capture of the yearning for connection – the desperate, spoken wish to hold on despite everything – was the singular achievement of 2021.

One of the year’s most interesting album-scale experiments (and one that makes a powerful case for the EP format) was Ahn Ye-eun’s Island series: where April’s To the Island told the allegory of an ill-fated maritime voyage, November’s sidequel From the Island told it from the side of the destination, the island that those people were trying to reach. “The Word” was the crown jewel of From the Island and arguably Ahn’s career so far, her theatrical flair and penchant for traditional Korean folk music profoundly married to a Western backdrop. The ornate and dignified writing gives extra verve to already-gorgeous lines (“Shall we go see them safe, tugging on clouds’ sleeves; riding on darkness’s back”), and the freeform vocalizations that make up the chorus – unmistakably traditional – are infectious in their joy. Meticulous string orchestration and Ahn’s own soaring performance then expand the song’s heritage, complementing each other, making “The Word” an epic with timeless character.

Lang Lee – 늑대가 나타났다 (There Is a Wolf)
Written, composed and arranged by Lang Lee