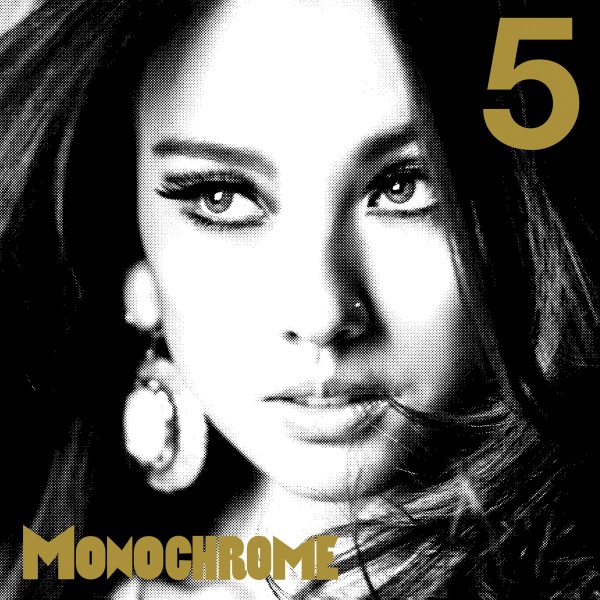 Lee Hyori subscribes to the Microsoft school of product release: debut solo album Stylish (2003) and third album It’s Hyorish (2008) were runaway commercial hits that were also fairly well-received critically, while sophomore release Dark Angel (2006) and fourth LP H-Logic (2010) both were mired in plagiarism scandals and received mixed results. The former FIN.K.L. star and still-reigning icon is due for a winner this time, then, but as it turns out Monochrome is not quite Hyori’s Windows XP.

The album gets an A for effort. The level of painstaking attention to detail is more apparent here than in any other Hyori release to date, and it’s really not even close. Lee takes an unexpected turn into retro, borrowing from oldie pop, funk and rock ‘n’ roll, and recruits an international team of composers to provide some fine backdrops. Holly Jolly Bus opens with lush blues sound and pleasant rhythm, plausibly recreating a singalong musical; Miss Korea follows up with a guitar-heavy anthemic chorus. And that’s just the start. The retro sounds, which characterize all but three or four tracks of the album (depending on how you define these things), are generally vibrant and impressively detailed. (The remainder is not as ambitious, but arguably makes for better music due to tight execution.)

Lee’s performances are passable, although they don’t add anything to most tracks. Her experience with theatrically minded compositions (think U-Go-Girl) seems to help out when she’s asked to act vocally a bit in songs like Holly Jolly Bus and Bad Girls. But when she finds herself in vintage-soul Hate Myself or country tracks Bounced Check of Love (that title is just as cringe-worthy in Korean as it is in English) and I Won’t Ask, that experience isn’t enough. The deep and heavy (but not particularly rich) tone she’s developed for ballads doesn’t translate neatly into these styles, and although she adopts a croon and twang here and there, it’s clear that she’s well out of her zone. Due in no small part to this vocal shortcoming, Monochrome gets old quickly in spite of its good compositions. It’s a shame that songs like Special and Go Crazy, both decent instrumentals that could have thrived, end up adding to retro fatigue.

Hyori is much better as Monochrome’s lyricist. She wrote or co-wrote nine songs that run the gamut from autobiography to empowerment. Miss Korea, Bad Girls, and Special stand out in particular – Lee encourages “tired-looking pretty ladies in glass mirrors” and “bad girls […] who are a little greedier than others, who hate losing more than dying” alike as she tells them the same message of empowerment that “[a younger Lee] told myself every day”. She is herself in these lyrics – the confident yet down-to-earth superstar we’ve come to know well.

Monochrome is an album of misaligned idiosyncrasies. Hyori the honest lyricist and Hyori the dance-pop artist are both present, and are quite good at times. But they don’t ever come together in a single song, much less the album. At this point in her career, Monochrome’s music is not something she does convincingly; she’s having to try too hard. It’s telling that the album’s most purely enjoyable tracks are not the meticulously crafted retro numbers, but rather the footloose contemporary songs. Here is a singer who’s been under constant scrutiny all her career, expected each time to defend her place at the top of the popularity ladder. These are the times when we wish we knew what an artist really wants.