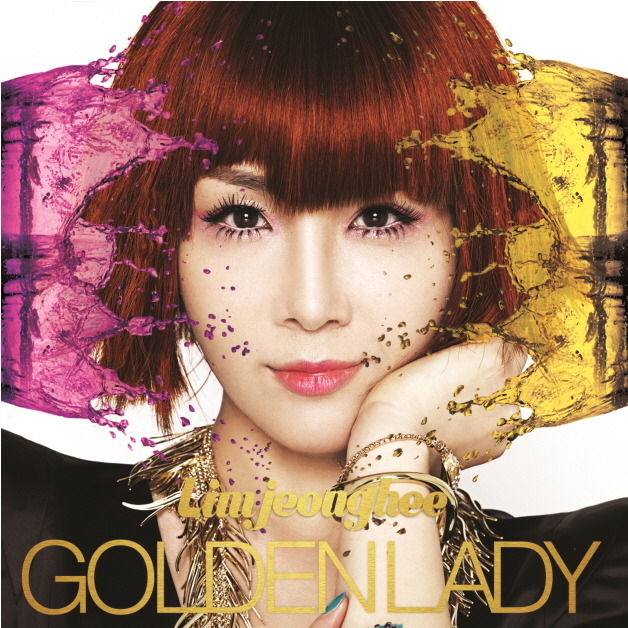 By Jung Bae | May 21, 2011
FacebookTwitter
SubscribeGoogleWhatsappPinterestDiggRedditStumbleuponVkWeiboPocketTumblrMailMeneameOdnoklassniki

I still remember the first time I saw Lim Jung-Hee on TV. It was 2005, and she was a fearless rookie. Singing her heart out with explosive melisma as she rocked out to debut single Music Is My Life, the “Diva of the Streets” took over the stage with seasoned charisma. After that memorable debut album (which produced a whopping four single cuts–you just don’t see that stuff anymore), J.Lim, as she is also called, embarked on a bumpy journey: a commercially successful sophomore album, a promising but ultimately disappointing venture in America with OutKast, and a number of albums and singles later, here she is. All things considered, it’s probably safe to say that J.Lim didn’t quite pan out completely according to her potential in the first six years since her debut. Still, that potential is enough to have people check back in every time she has a new release, in hopes that maybe this time will be the time.

The new EP Golden Lady is a stylistic departure from Lim’s most recent work, 진짜일 리 없어 (It Can’t Be True). Whereas that EP was in itself a departure from Before I Go J-Lim‘s R&B-soul focus, instead opting for a revisionist spin on the archetypical Korean ballad, Golden Lady brings back some of the pomp and flair of old into a modern-pop mold. I’m not sure if Lim’s recent stint in tvN survival show Opera Star had an influence on her, but Golden Lady does show some signs of non-mainstream theatrics–quite audibly, in fact, in one track that we will discuss later.

For all the promising setup, though, the EP unfortunately gets off to a less-than-auspicious start. Opening track and lead single Golden Lady is an alternative pop ballad with an easygoing acoustic accompaniment and a clean, soaring melody. And… wait, does this sound familiar? The track is extremely similar to Beyoncé‘s 2006 hit Irreplaceable. It’s not just the music–in fact, that’s the forgivable part. There’s actually some effort there to make the track unique, like the addition of a more dramatic structure and a subtle electronic angle. Golden Lady‘s real failing is that it even copies Irreplaceable‘s lyrical themes. Take a look at the simple comparison below:

Everything you own in the box to the left
In the closet that’s my stuff, yes
If I bought it please don’t touch

And keep talking that mess, that’s fine
But could you walk and talk at the same time?
And it’s my mine name that is on that tag
So remove your bags let me call you a cab

Leave the keys, in the bin by the foyer as always
Don’t even think about sneaking it out
Take your clothes, don’t leave anything
Even the stuff I bought you, I’ll just give them to you
Sweep it all up and take it please

You’re in the way, why don’t you step aside
Would you now exit my doorway?
As if you were never there

Standing in the front yard telling me
How I’m such a fool, talking about
How I’ll never ever find a man like you
You got me twisted

How I’ll live without you? Don’t be silly
I know men like you are a dime a dozen
Even if I don’t got you
There’s plenty of men, men that wait only for me
Who would come running here in a single phone call

Once we start breaking up the stanzas and orders, there are even more similarities. But even at this point, it’s clear that Golden Lady‘s theme of the independent woman who stands defiant and proud in the face of a breakup is patently plagiarized from Beyoncé’s work. Frankly, composer Bang Shi-Hyuk deserves all the flak he’s getting right now; coincidentally, “Hitman Bang” also composed the track 재 (Ashes) from J.Lim’s previous EP, which was noted for its structural similarity to Eminem‘s Love the Way You Lie. Lim isn’t free from blame, either; it’s difficult to believe that she really would not have noticed similarities to a song so well-known that Korean listeners picked them up on day one.

The sound direction takes a turn afterwards–both Stay, performed with 8eight‘s Baekchan, and 니가 떠나고 나도 (Even After You Leave), featuring San E and Basick, are toned-down R&B ballads. Stay benefits from attractive, well-engineered instrumentation and mainstream-friendly melody, while Even After You Leave offers a soulfully charged atmosphere along with the two rappers’ solid verses (it’s especially nice to listen to hear San E throw down a serious verse again–that crisp flow is not to be wasted).

Not satisfied, Lim goes and includes another genre to round out the four-track EP. Yes is that theatrically minded track that I mentioned earlier; the song sounds straight out of a Broadway musical. It’s somewhat retro, featuring an old-fashioned melody and technique with over-the-top grandiose orchestra and chorus team. It’s delightfully suspenseful, and it’s certainly a novel sound to hear out of a mainstream album. Some have drawn connections to Dreamgirls, although I can’t quite put a finger on that one for sure.

As you can probably imagine, this is a lot of diversity in a very short EP. Golden Lady falls into the predictable problem in cases like this: there’s no focus in this album. This is a classic situation of a bunch of individually outstanding tracks being thrown together into a concoction that doesn’t really mix. There’s no glue nor theme holding the four tracks together–not instrumental direction, nor attitude, nor style, nor anything. The individual songs might be good, but they’re not good enough to make the incoherence worth it. That’s why the proportion of recommended tracks that you see down below is potentially misleading.

One positive thing with Golden Lady: J.Lim’s performances. This is arguably the strong suit of any album of hers, but Lim is harnessing more and more of her enormous vocal talent as the years go by. Her performances in this EP are generally ‘unplugged’: she tones down the power somewhat. The love songs are done pretty flawlessly, and in Yes, the one track where she does let it go, the sweeping range and power are breathtaking. While I think she could be a little more emotive in the lead single and interpret its message better, it’s still interesting to hear parts where she intentionally clamps down.

Is it too much to ask for another Music Is My Life? I suppose that album had its host of issues, too, but it was a fresh shock that laid the foundations of Lim’s musical world. This EP is too scattered, too directionless to be even that. I hope she knows what direction she wants to go in. She’s never found a stable identity for her music and herself as a musician, which is a shame for an artist with such potential. The jury is still out on whether she will ever fulfill that potential. But it won’t happen if she, in her rush, pulls another dangerous stunt like Golden Lady.