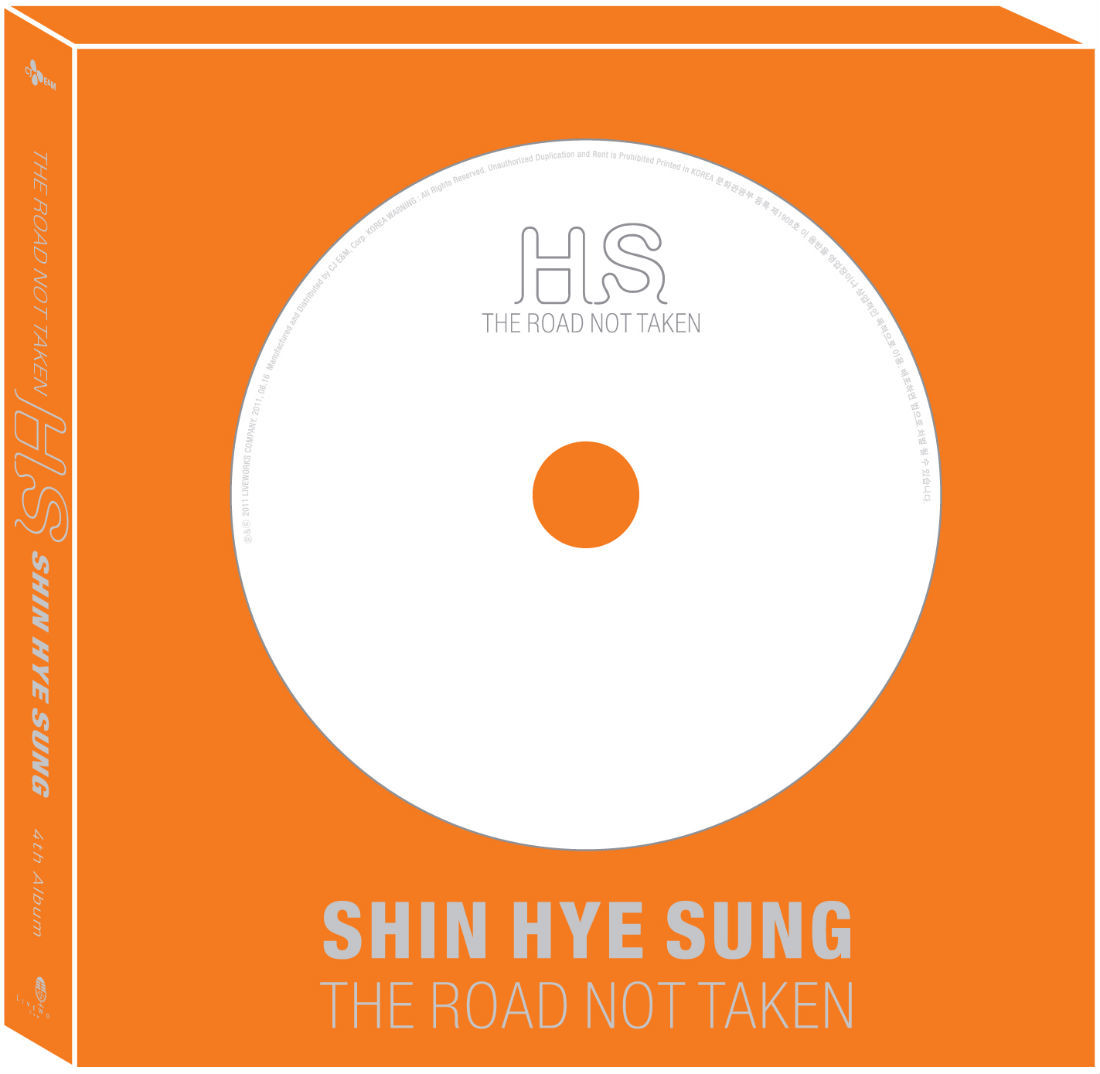 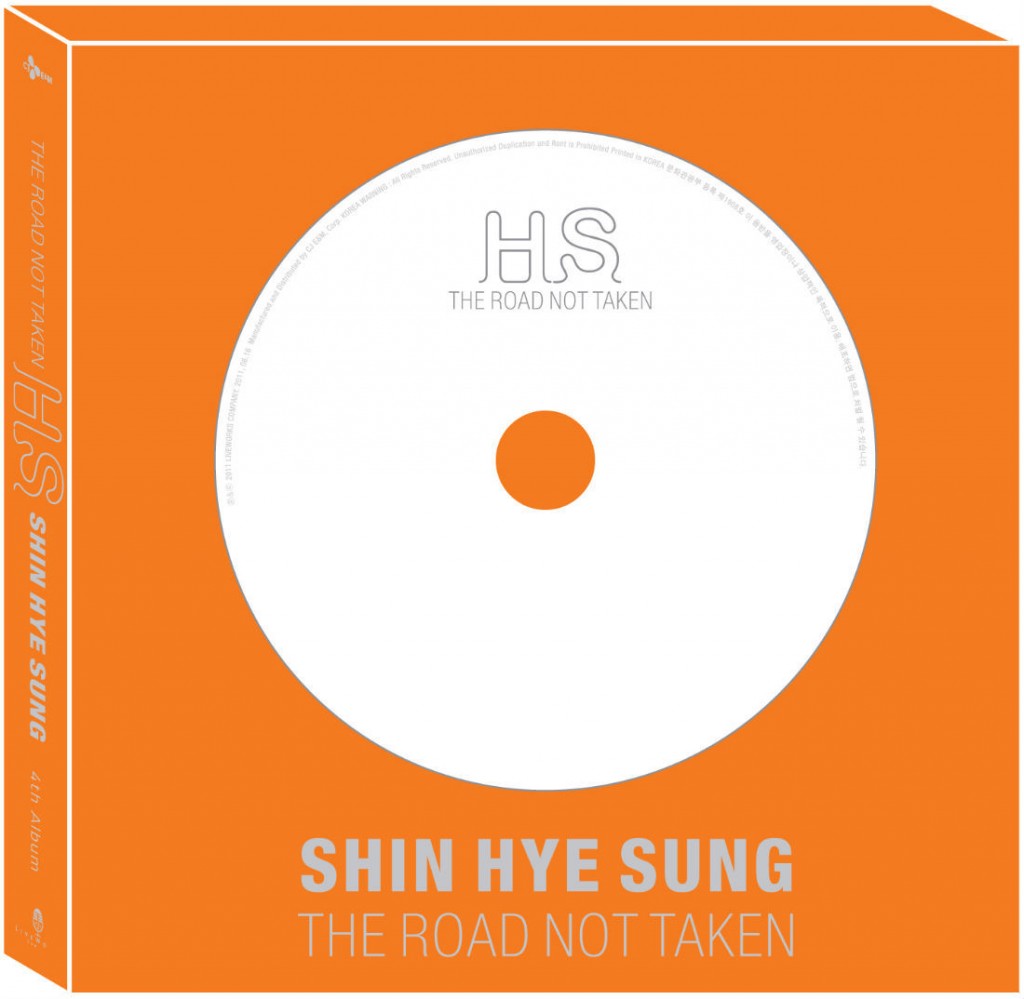 Some ballad artists have their name appended to a particular style. When somebody says “Sung Si-Kyung-style ballad” or “Kim Bum-Soo-style ballad”, everyone more or less has an idea what they’re talking about. Shin Hye-Sung is an artist who’s perennially close to having something like that, but always stops just short. The Shinhwa lead-vocal has been putting out solid ballad tracks and albums with a recognizable flavor for six years now, but while a couple have charted well and gained some popularity, none were particularly memorable. The two “sides” of his third album, released in 2008 and 2009, were improvements, but ultimately proved unable to break the easy-listening ballad mold that Shin had caged himself into. The Road Not Taken, his latest release, is a similar failure in that regard: there are some good moments in this album, but it never quite comes together into something impressive.

The two years since Keep Leaves have given Shin Hye-Sung ample time to work with a diverse team of composers, so The Road Not Taken does have its share of quality tracks. Shin’s strength has always been in relatively low-power, tender ballads, and there are a couple tracks here that provide the right mix of tasteful accompaniment and sophisticated melody to support that delicate sensibility. Opening track 다른 사람 사랑하지마 (Don’t Love Anyone Else) features a markedly subdued performance from Shin, which contrasts with the desperation in the lyrics. The performance (and the solitary piano that accompanies it) becomes more explosive briefly near the end, but I almost wish that hadn’t been put in. The real standout ballad, however, is 너 없인 (Without You): the tempered, engaging melody is the album’s best, and the jazzy instrumentation knows when to be subtle and when to be overt. Shin rides the groove very well, to an extent I haven’t heard before from him; combined with that performance, Without You emerges as one of the better ballads of this year overall.

Now, following with an ever-tenacious tradition among certain artists, the lead single is not this good. 째각째각 (Tick Tock)‘s lyrics, making use of onomatopoeia and other repeated syllables for effect, are somewhat interesting, but the rest of the song is pretty pedestrian. There isn’t really anything in the instrumentation, melody, or mood that we haven’t heard many, many times before, and the track’s tried-and-true structure, essentially unchanged from that of Shin’s debut single 같은 생각 (Same Thought) among a myriad of others, doesn’t help in that department, either.

Outside of the traditional-ballad bastion, there are two tracks of note: 조금 더 가까이 (A Little Closer) and 안녕 그리고 안녕 (Goodbye And Goodbye). The former, featuring Brown Eyed Soul‘s Young Jun, is an exquisite jazz-pop ballad hybrid with a dense, brass-heavy composition from Jay & Jun; Young Jun’s performance, deep-toned but ever-so-slightly playful, is a great counterpart to Shin’s less weighty verses. The latter (released as a single last year) contains several rap bars from fellow Shinhwa member Eric, whose voice is still a novelty to hear even nine months after the conclusion of his military service as a public-interest personnel. While not anywhere as good as A Little Closer, the track is still well put-together with an attractive melody and atmosphere. (Former SeeYa leader Nam Kyu-Ri is also “featured” in the song, in the form of a melody hummed throughout some portions. It’s sort of like what John Mayer and Taylor Swift did for each other in Half of My Heart and Ours, except even more subtle.)

The rest of the album feels much like filler, especially the few dance tracks sprinkled here and there. The moody piano and brass in Special Love are deep and satisfying, and Shin’s vocals yield a surprisingly nice fit for modern rock in 생각해봐요 (Think About It), but even these tracks doesn’t end up all that impactful. And that’s the story of the album as a whole: things are often good and sometimes even surprisingly well done, but the body of work doesn’t impress. The Road Not Taken is an album in desperate need of some direction, something to connect its pieces and give it an identity; as it stands, it has none of those. A collection of merely solid to good tracks doesn’t necessarily make for a good album, and The Road Not Taken retains this chronic problem. Even after two years, Shin Hye-Sung finds himself in a middling place, right where he’s been for a long time now.