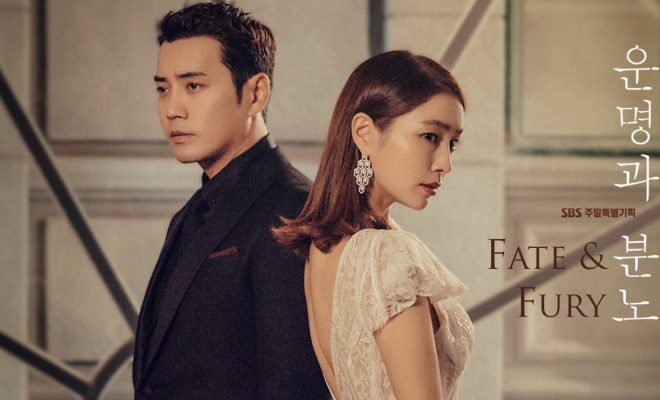 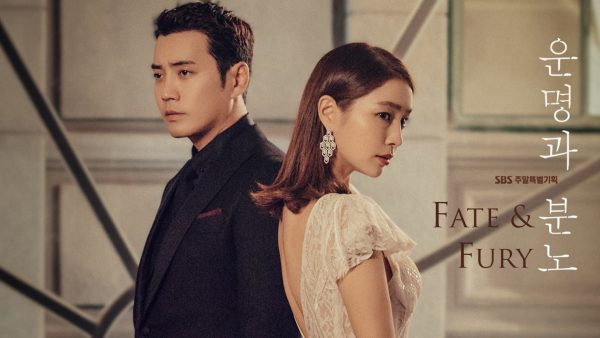 Fates and Furies *Image via SBS*

Goo Hae Ra and Tae In Joon are tangled in a web full of desire, greed and deception. In a battle for money and redemption, only the toughest and smartest survive in Fates and Furies.

The Beginning of the Deceitful Plan 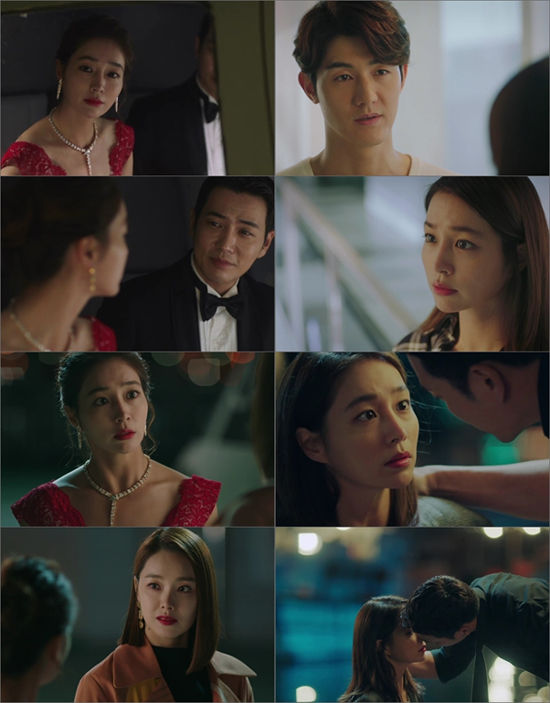 Hae Ra, a shoemaker of contraband shoes, dreams of a luxurious and easy life. She is downtrodden and swimming in debt. She works hard to maintain her sister’s upkeep, who has been in a coma after an accident.

Hong Kong businessman Tae Oh strikes a deal with her. She must approach Gold Group’s son, Tae In Joon, and lures him away from his fiancee, reporter Cha Soo Hyun.

Although hesitant at first, Hae Ra is eventually convinced. She gets to know In Joon and attracts him with her beauty and intelligence.

Hae Ra’s Painful Discovery of What Happened to Her Sister 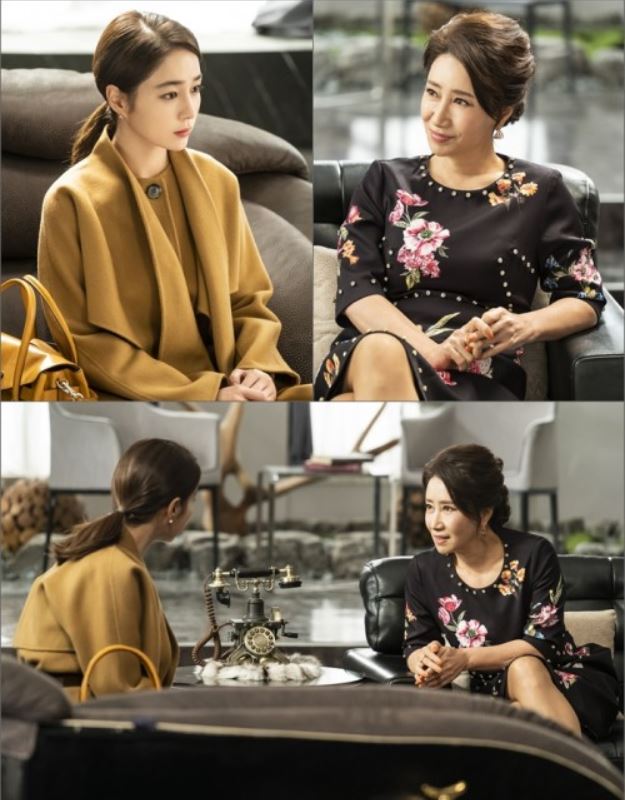 Hae Ra spoke to In Joon’s stepmother and half-brother. Both have already schemed to fool Hae Ra into thinking that In Joon was responsible for Hyun Joo’s attempted murder. Hae Ra sees the evidence they fabricated.

Convinced that In Joon was guilty, she goes along with their plan to take In Joon down.

The Deceitful Grand Plan in Motion 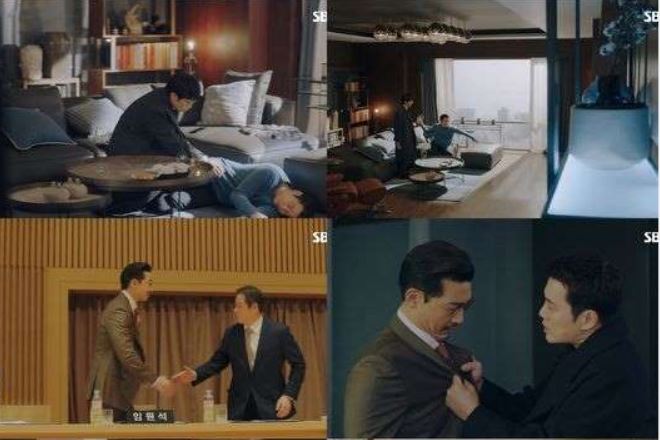 Hae Ra meets with In Joon in his apartment. While she is there, she slips in sleeping pills into his drink. In Joon collapses to the floor.

The following day, the board meeting commences. They announce that Jung Ho is the new CEO of Gold Group. In Joon arrives too late and confronts his half brother.

But things aren’t done for In Joon. His stepmom Sung Sook and Jung Ho framed him and have him arrested for the attempted murder of Hyun Joo.

In Joon is sent to jail for two years for what happened to Hyun Joo.

The End of the Deceitful Plot 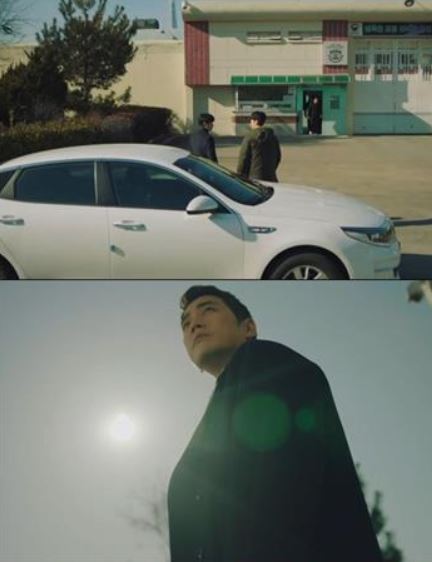 Things happen fast within two years. Hae Ra accepts the position in Gold Shoes offered to her by Jung Ho. He does it because he needs an alibi for his embezzled funds.

Once In Joon gets out of prison, he tries to set his own plan in motion to get back what he lost. Hae Ra has her own ways to gain revenge.

She appears in Soo Hyun’s show. Without fear, Hae Ra reveals that Jung Ho directed funds to Gold Shoes and makes her pretend these were her sales figures. Hae Ra reveals the existence of the slush fund.

Soo Hyun calls Hae Ra crazy. Hae Ra asks Soo Hyun to give In Joo the proof she had. She asks her to tell In Joon to never forgive her.

The Wheels Start Turning In Favor of In Joon

In Joon meets Soo Hyun who explains that Hae Ra wants him to use the documents.

Jung Ho holds an  emergency conference. He announces that his dad is in critical condition and may not recover. Jung Ho is interrupted when In Joon enters with their fully conscious father. Jung Ho can’t hide the shock on his face.

In Joon announces that Jung Ho will step down. He adds that the embezzled 90 million dollars will be donated to charity. They play the audio of Jung Ho plotting his father’s murder. Finally, the police arrive and arrest Jung Ho.

Chang Soo visits In Joon and tells him that Hae Ra accepted the position because it is the only way she can prevent the funds from disappearing. Chang Soo also gives him the USB from In Joon’s uncle. 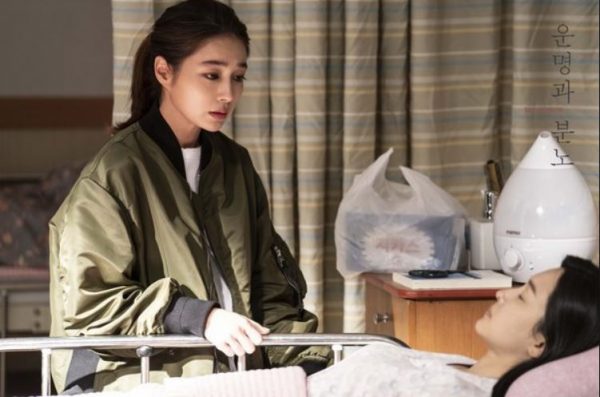 Hyun Joo finally regains consciousness after years of being in a coma. Meanwhile, In Joon goes back to Gold Shoes. He talks to his dad in giving Jung Ho’s shares to Min Woo instead. In Joo seems to suspect something about A Jung. 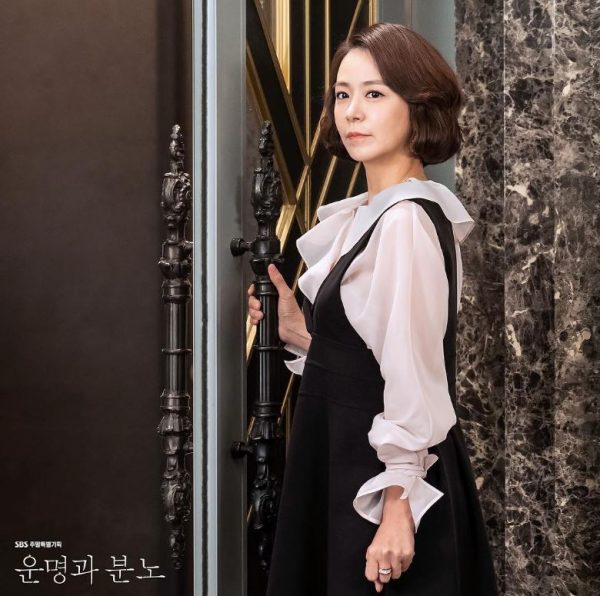 In Joon sets up a trap for Ah Jung. Hae Ra and Hyun Joo arrive and Ah Jung is shocked to see them. The police arrest her. 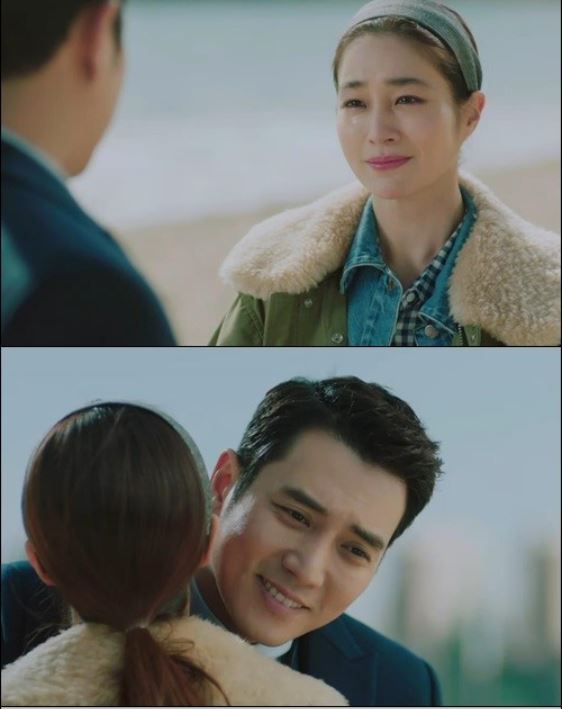 A year later, Hae Ra is back in Busan with her sister. In Joon is busy with Gold Shoes when he sees a beautiful pair of shoes.

In Joon travels to Busan because of the shoes and visits Hae Ra’s new shoe store. He follows her to the seashore and they finally reunite happily.

A brilliant cast is essentially needed for a drama to succeed. In Fates And Furies, each member of the cast did their parts well and provided us with numerous entertaining moments.

Fans were excited for the reunion of Lee Min Jung and Joo Sang Wook. I realize now that they have excellent chemistry together. Joo Sang Wook as In Joon commanded your attention and kept you glued to him.

Lee Min Jung is beautiful and talented. She uses her eyes effectively as Hae Ra. 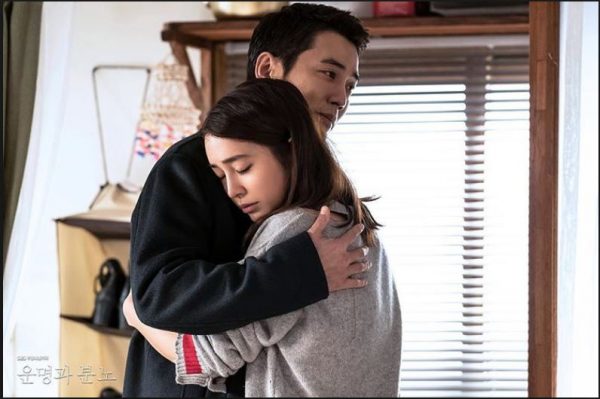 The story of Fates And Furies was exciting and captivated. The story ended weekly with a cliffhanger that made sure to keep its viewers tuned in to the next week.

Actually, the pace of the story was just right for me. In fact, I was a bit surprised that it ended already. That’s how fast the story went for me.

As for how the story ended, I’m glad that justice was served. As expected, In Joon got back what was rightfully his. I’m also satisfied with the neat little twist in the end, which I did not expect at all. All along, I was sure that Jung Ho tried to kill Hyun Joo. That clever little trick of Ah Jung actually being the guilty party was smart for the writers.

I don’t really have a lot of drawbacks with the drama itself. In fact, I really looked forward to it every week. It kept me in suspense each week and gave me something to look forward to.

However, there were some aggravating moments for me. The lack of communication between Hae Ra and In Joon was frustrating. I had so many “if only moments”. If only Hae Ra asked In Joon about that night with her sister. If only In Joon asked Hae Ra outright to help him after he was released from prison.

At times, Soo Hyun and Tae Oh’s story was more interesting than Hae Ra and In Joon’s. Of course I wished that Tae Oh and Soo Hyun got back together in the end. I found Soo Hyun a bit too cruel, however, since she did donate her kidney, I’ll take that as a sign that there’s hope for her. Since she also gave her daughter a smartphone before she left, I’m also glad she opened up a way for them to communicate.

The romance between Hae Ra and In Joon wasn’t the highlight of the entire drama itself. If any, I would have appreciated a few more romantic scenes between them. Lee Min Jung and Joo Sang Wook had excellent chemistry, so they should have maximized that and added a few more cute and romantic scenes. 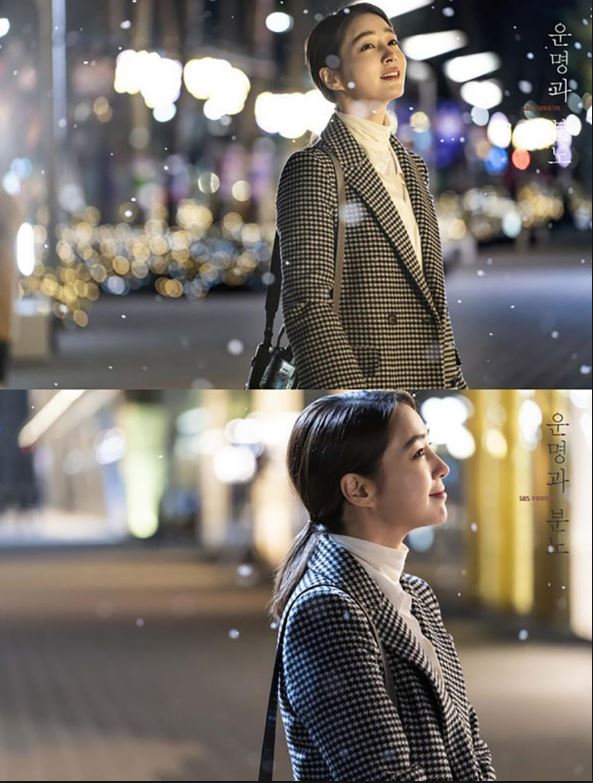 Definitely, this drama is dedicated to fans of Lee Min Jung and Joo Sang Wook. I’ve seen the former in other dramas before, but the latter has been a revelation to me. He is a great actor who has depth in his acting.

Aside from that, anyone with an eye for adult dramas would definitely enjoy this one. It is a good serving for binge-watching since the drama is now complete. The story will surely keep you hooked with a satisfying ending.

*All images from SBS