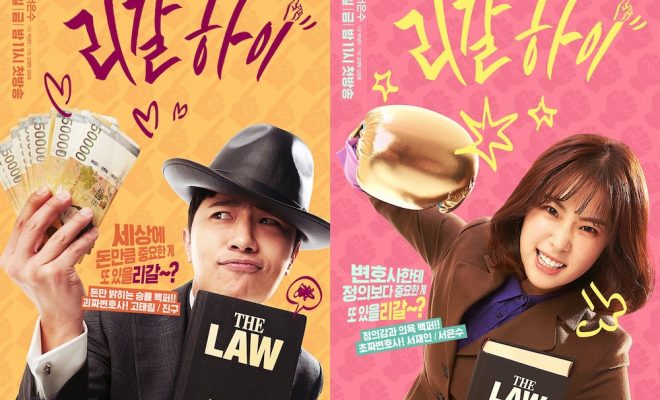 The premise was simple. Tae Rim is a successful lawyer who did everything out of greed. He took on impossible cases and turned the verdict around to his favor all for the high fees he charges.

Rookie lawyer Seo Jae In is his exact opposite. By a twist of faith, Jae In starts working with Tae Rim. Hilarity ensues as the unlikely pair learn from one another all in the name of justice. 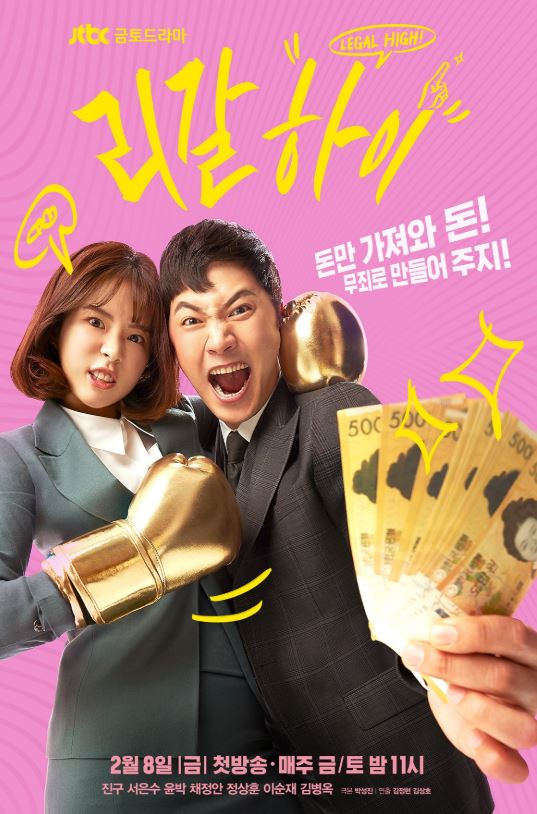 It’s exciting to see Korean versions of highly successful international dramas. Admittedly, Korean dramas add a certain and distinct flair to their shows, uniquely making it their own. This formula has proven successful throughout decades as Korean dramas have taken the world by storm.

In the case of Legal High, jTBC took on the task of telling the tale of Go Tae Rim, a successful lawyer with a 100% success rate. Tae Rim is greedy to say the least. His every move is calculated based on how much money he can get out of it. Surrounded by his former co-workers who are out to give Tae Rim his first loss, Legal High promises to be entertaining as it veers away from the usually somber mood of legal dramas. 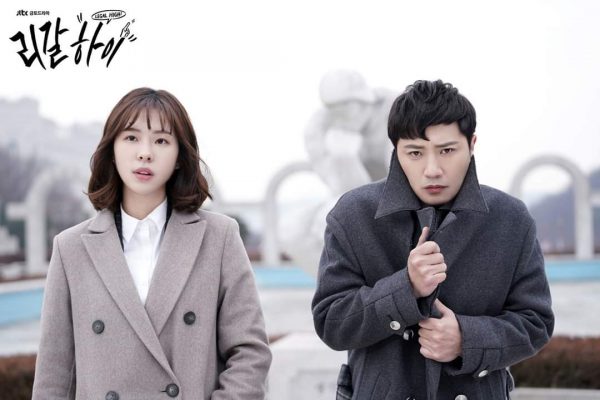 Formerly from B&G Group, Tae Rim sets up his own law firm. He manages to steal away B&G’s clients, which upsets CEO Bang Dae Han. He works his law firm to the bone as they struggle to find a way to win a case over Tae Rim. Thanks to Tae Rim’s surefire method, his cases are always successful, leaving behind a bitter Dae Han.

Rookie lawyer Seo Jae In starts working for Tae Rim after a quick exchange of promises. She works off her debt to Tae Rim as he defends her friend. However, Jae In discovers quickly how unsavory Tae Rim’s crooked sense of justice is. As a lawyer, Jae In believes in finding the truth and sticking to it no matter what. She has an unfailing belief in the justice system, which Tae Rim often scoffs at.

Meanwhile,  Kang Ki Seok, Tae Rim’s former protege, starts working for B&G. As it turns out, Ki Seok also aims to beat his former mentor in the courthouse. The drama ensues as to whether or not B&G will be successful in serving Tae Rim with his first loss. 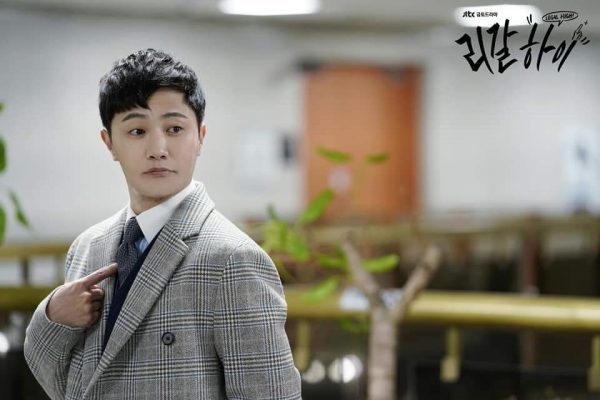 Unknown to Jae In, her father finally returned to Korea years after abandoning her. As it turns out, her dad is deeply involved with Hankang Group, which Tae Rim and Jae In are constantly up against.

Jae In’s dad, Seo Dong Soo, covered up the fatal accident of a middle school teacher years ago that the chairman’s son, Sung Gi Jun, was involved in. In addition, he is also at the core of tax evasion and embezzlement of Hankang Group. Therefore, he had to flee years ago to avoid imprisonment.

In order for the company to keep his loyalty, Professor Song was tasked to take in Dong Soo’s young daughter, Jae In. They funded her education and Professor Song let the girl live with her.

Despite the risk that it poses to his legal career, Tae Rim makes the tough decision to reveal evidence that could help them win their case. Jae In and Tae Rim take on the case of the residents near the factory of Hankang Group. Gi Jun releases a chemical knowing it can harm the residents. He does this in order to gain control of his father’s company and to succeed further.

Since Tae Rim was Gi Jun’s former lawyer, releasing the evidence is detrimental to him. Although Bae Han has doubts that he would release it, Tae Rim chooses to release the audio file, thus ending his law career. 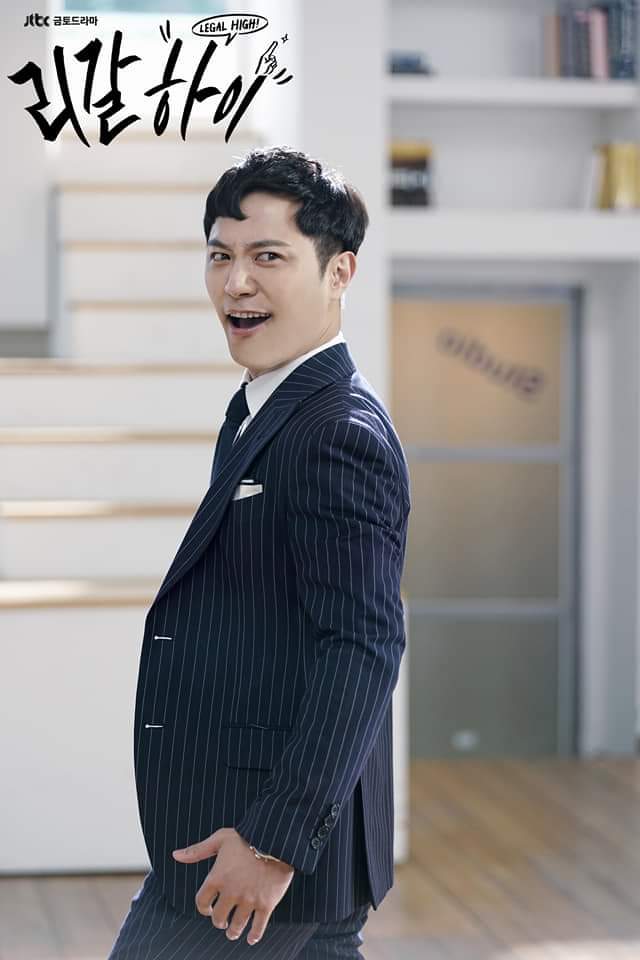 Obviously, the biggest highlight here is Jin Goo himself. His out of the box acting was totally unexpected but very much welcome. He did more than his share of being able to bring Legal High to the quirky level it is. I loved how he exaggerated his facial expressions and didn’t mind how ridiculous he was as a lawyer.

Kim Byung Ok, Ahn Dae Sang and even Jung Sang Hoon acted particularly well in the drama. As Bang Dae Han, Kim was the epitome of a scorned mentor out to bring Tae Rim down. Even in a cameo role, Ahn was emotional and deep as Jae In’s absentee father. And lastly, Jung Sang Hoon as Yoon Sang Koo was the second funniest actor in the show next to Jin Goo. His scenes were quite entertaining.

The story was executed well and the characters had a solid background. Their connections to each other were explained well, especially where Jae In and her father were involved.

The success of Tae Rim was envied by the lawyer of B&G Group, which made them focus more on doing everything they could to beat him. At times, it seemed ridiculous that all cases were handled by Tae Rim and B&G Group. One would wonder if there were no other lawyers in Korea. But I also appreciated this competition between them because Dae Han was Tae Rim’s former mentor. It hurt him to see Tae Rim leave the law firm. However, as it was later on revealed, Tae Rim had sound reason to start his own firm. 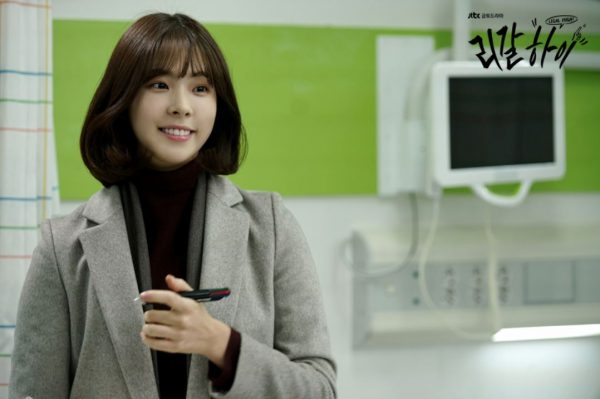 The first drawback I have about Legal High is Jae In, or rather Seo Eun Su. I don’t know if it’s the character she’s supposed to portray, but her acting was weak compared to Jin Goo. Jae In was an idealistic rookie lawyer who blindly believes in the justice system and in the truth. However, I felt that her acting could have shown more depth and emotion. The rest of the cast did OK. I expected more out of Yoon Park, but as Tae Rim’s mentee, I didn’t see enough angst in him as he went against Tae Rim.

The next drawback I have is the actual lack of resolutions. It seemed like the entire drama focused on covering up for the violent spoiled brat Sung Gi Jun, Tae Rim’s former client and Seo Dong Soo’s protector. Even Professor Song worked to protect her nephew, taking in Jae In and raising her in order to protect Gi Jun. I was hoping for a deeper meaning to the conflict instead of just Gi Jun.

Overall, Legal High was okay. Given the hype surrounding the Japanese version, I guess I expected more out of the drama. If you want a light legal drama that doesn’t work your brain too much, then this is for you.

She is currently watching Kill It, Confession, Welcome to Waikiki 2, and My Fellow Citizens.