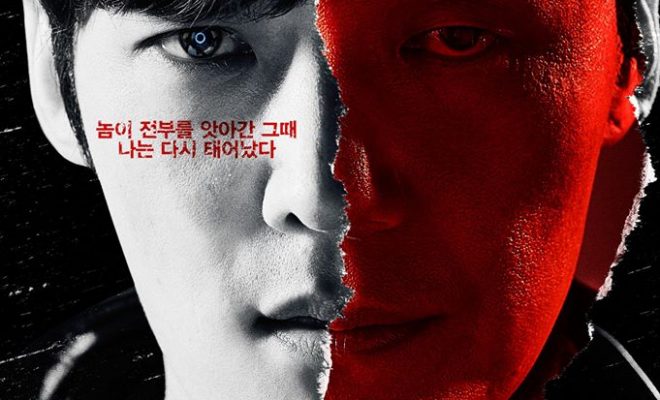 Like a greased lightning, Rugal makes a palpitating start fueled with aggressive encounters and horrendous crimes definitely not for the faint-hearted.

Based from a web-comic of the same title, Rugal is a sci-fi action drama filled with heart-stopping scenes. With arresting sci-fi elements combined with thrilling action, its complexity kept the viewers on their toes and amazed the whole time. 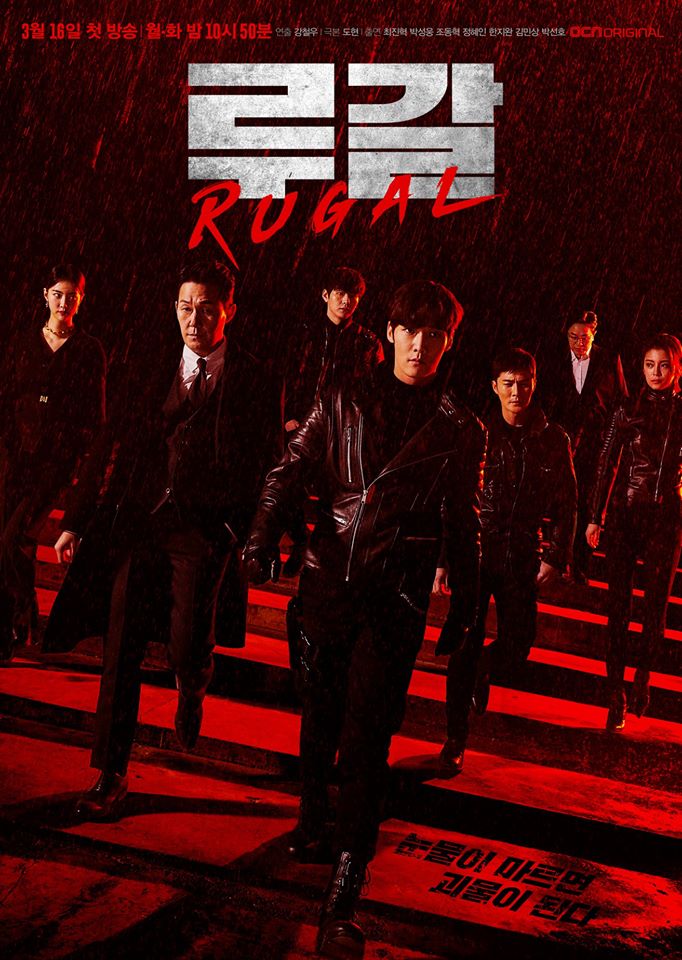 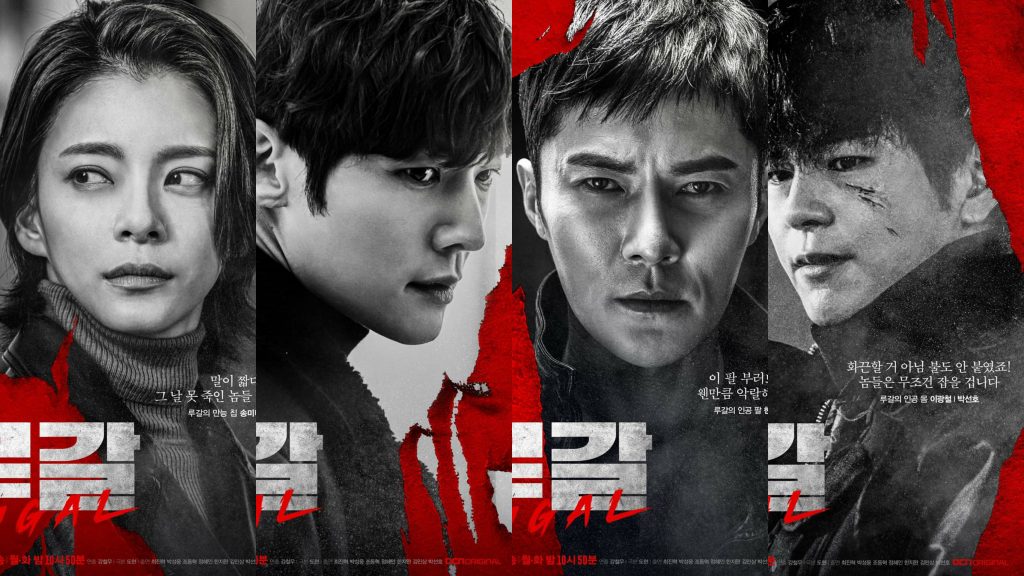 Kang Ki Beom is an elite and upright cop trying to bring down the most powerful crime syndicate, Argos.

One day, he comes home to find several men in mask. He discovers his wife’s blood-soaked body stabbed to death and lying helplessly on the floor. When he tried to confront the culprits, his eyes are mercilessly gouged out.

He wakes up and finds himself in a hospital, accused of his wife’s murder. With fate and law blinded by the truth, he becomes the culprit of a crime he never committed. It changed his life, eventually birthing to wrath, guilt, and vengeance. 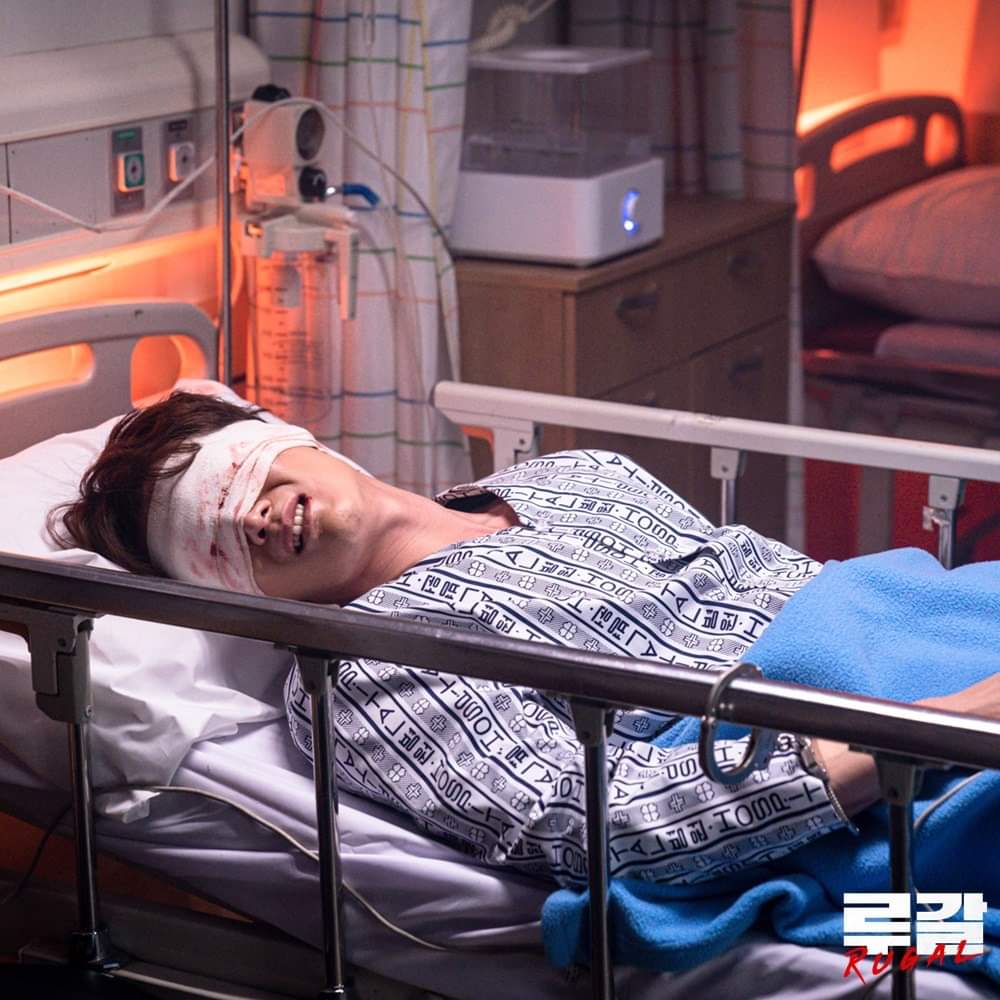 The NIS then approaches Kang Ki Beom and gives him a special pair of eyes through an operation. He is eventually recruited as a member of Rugal, a special team organized by the NIS.

Through the help of biotechnology and his special teammates, defeating the organization is within reach even with Argos having the police under its thumb. 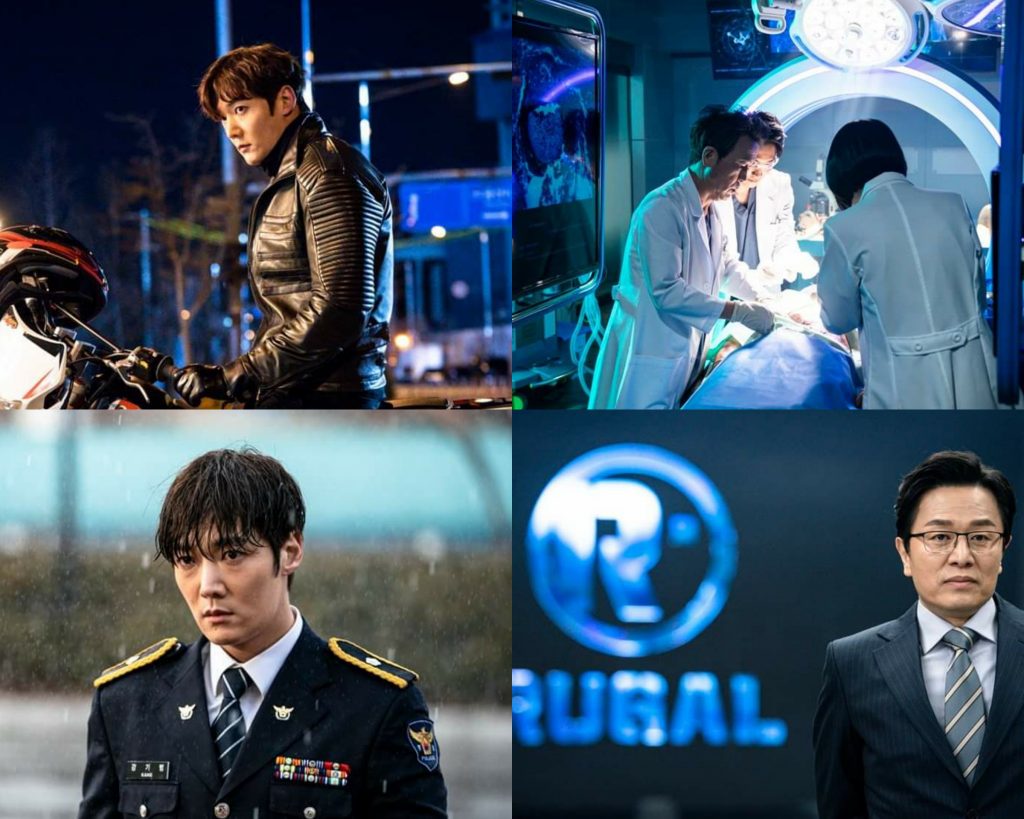 The Rugal Team are modern day human weapons/superheroes with shocking and unbearable pasts that unite in act of vengeance. They are determined to bring down the most notorious and powerful crime organization accountable for their own near-death experiences – the Argos. 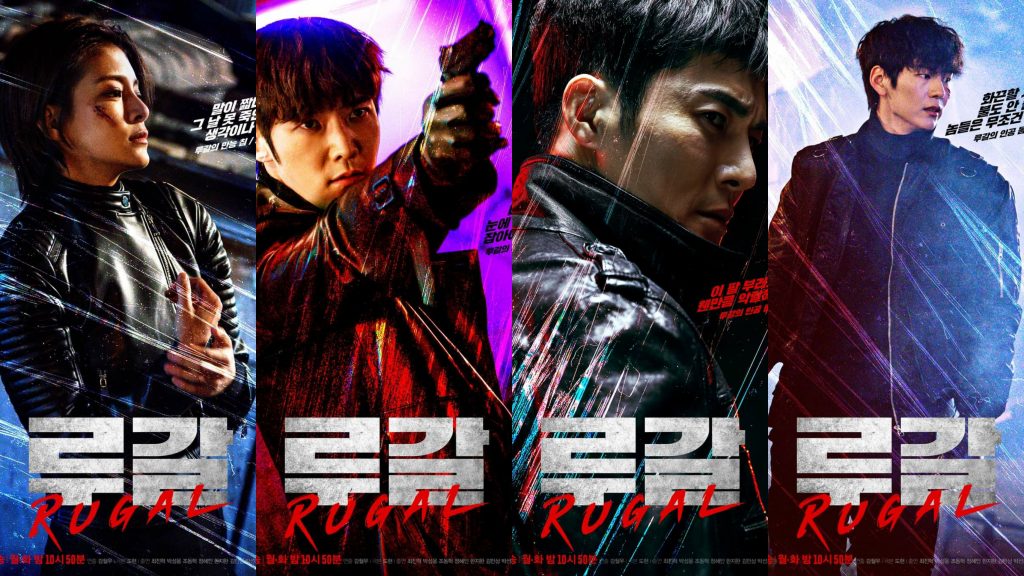 While his efforts of bringing down Argos did not go unnoticed, his life was always at stake. His beloved wife was killed while his eyes totally removed. Series of devastating news followed as he became the murderer of his own wife.

Soon as resentment monopolized his thoughts, he decided to join the team to end Argos’ horror and bloodshed. And to fully fit the team, Rugal gave Kang Ki Beom a pair of bionic eyes that basically has the most dynamic function among Rugal members. 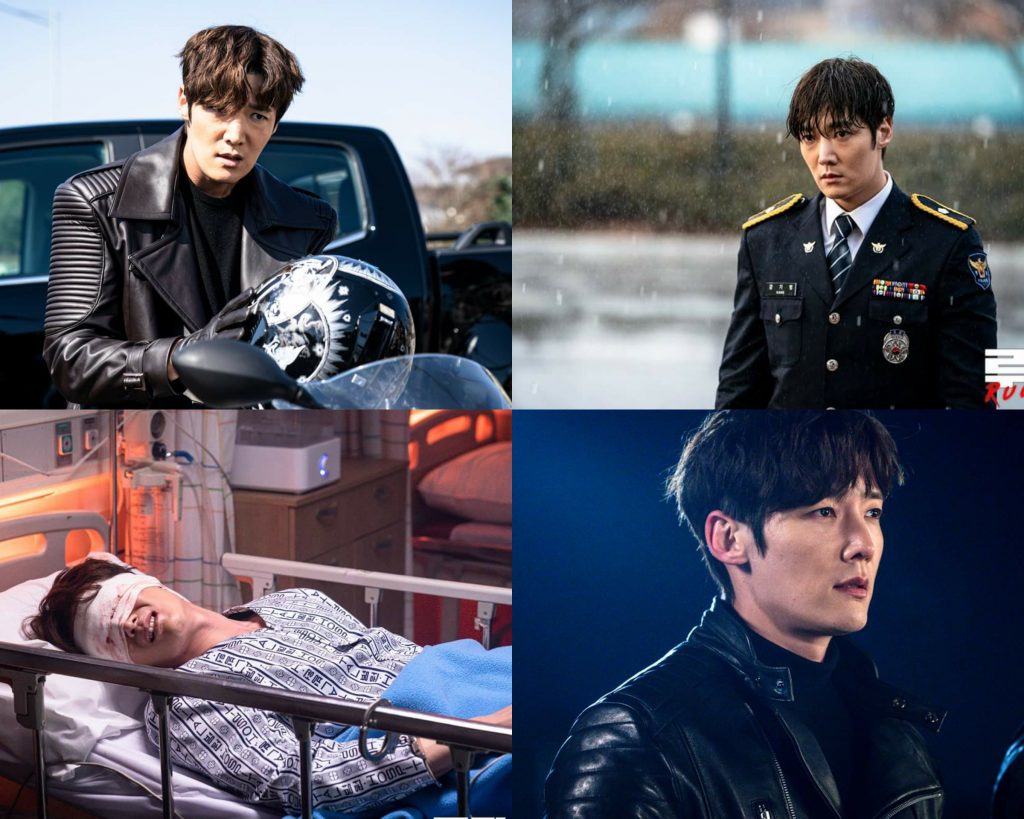 Han Tae Woong was a former henchman of Argos. However, Argos killed his older sister. While carrying his mournful rites to properly send off his sister peacefully, Argos’ men attacked him and cut his arm.

Right then, he was rescued and was given another chance to live his life rightfully. He decided to start anew with his new special artificial arm. Han Tae Woong was then recruited as Rugal’s first member and team leader. 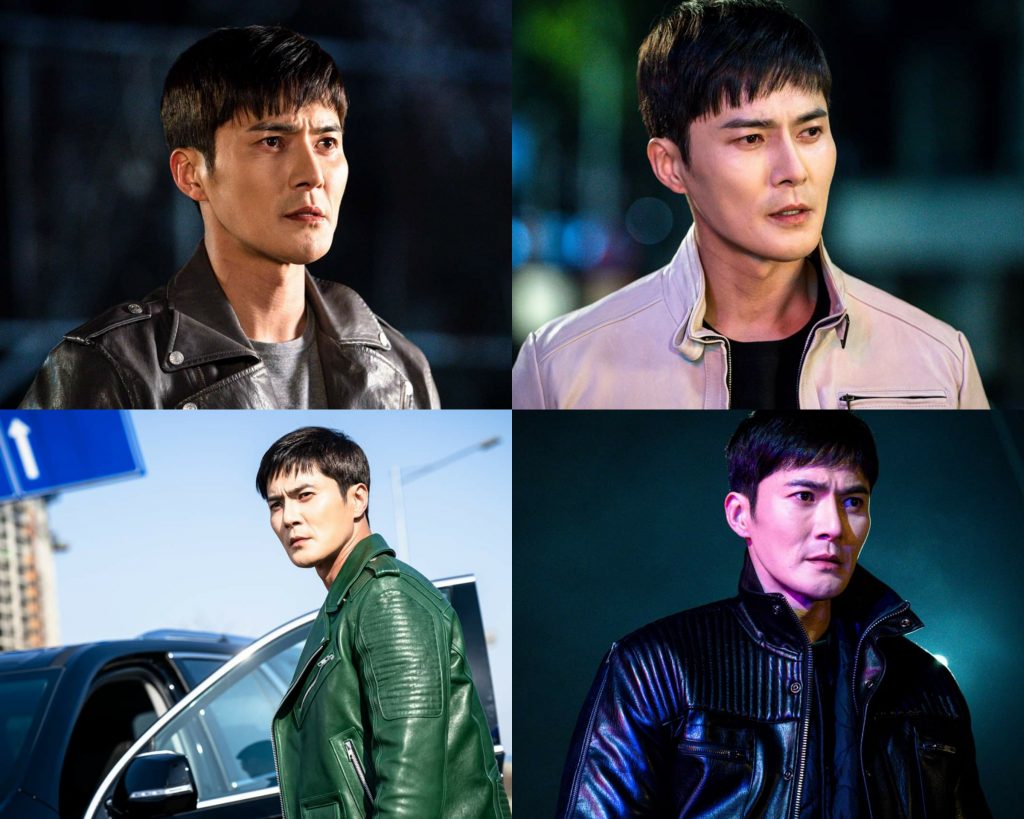 Song Mi Na is a daring female cop with excellent martial arts skills who works under one team with Kang Ki Beom. Their team were assigned to safeguard and protect a witness for Ko Dong Yeok’s (head of Argos) trial.

When they were about to escort the witness to the court to testify, the masked men from Argos appeared once again. The men brought the 3 police officers including Song Mi Na and the witness and her child to Hwang Deuk Gu (Argos’ vice chairman).

He shot the cops one by one as well as the witness and thrown the bodies off the river. Song Mi Na was shot in the head and surprisingly survived. Shortly after, Rugal rescued and gave her another chance to live. While sustaining her life through a chip implanted in her body, she devoted herself in seeking revenge for the death of her partners and bringing justice to the right place. 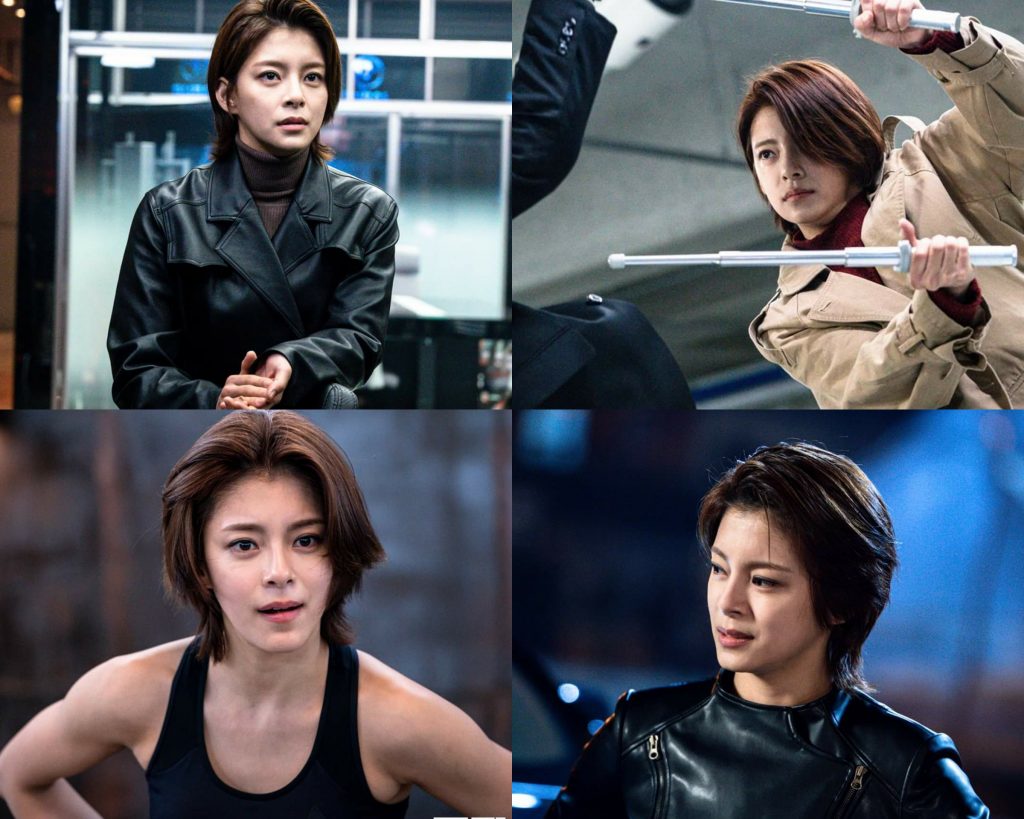 He’s the impulsive and techie member of the team – which represents the younger generation. Before he came to Rugal, his organs were roughly damaged because of Argos.

A scientist from Rugal installed a battery inside his abdomen area for his body to function. Like any other battery, it needs to recharge for him to keep running.

Despite being the youngest member of Rugal, he proved that he deserved a seat in the team. His chivalry and rash judgement were evident throughout. Especially that one time when he fought with several men trying to capture the woman he saw from the bar. He hastily attacked those men but end up being defeated. 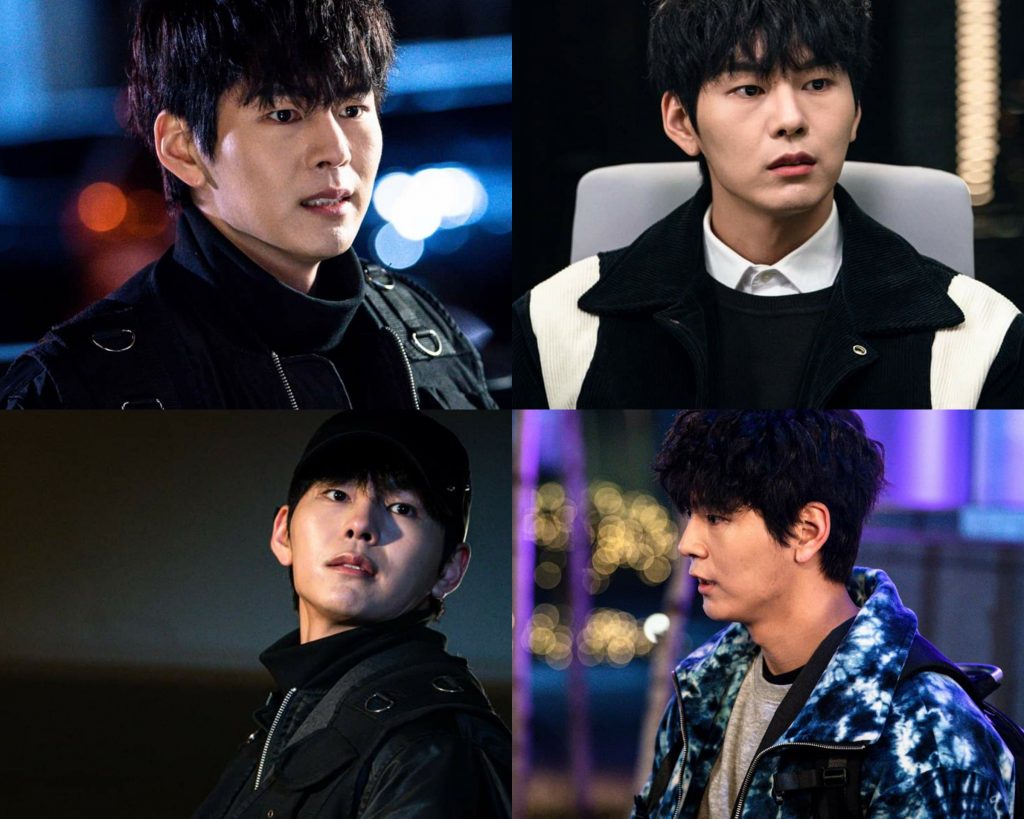 Hwang Deuk Gu (Park Sung Woong) is the vice-chairman of Argos who was outrageously evil. Despite having the title of vice-chairman, he is more of Ko Dong Yeok’s lackey which he extremely hates.

As the wedding of Ko Dong Yeok and Choi Ye Won came, he staged an accident to kill his boss. To fully take over Argos, he convinced Choi Ye Won to kill her husband. 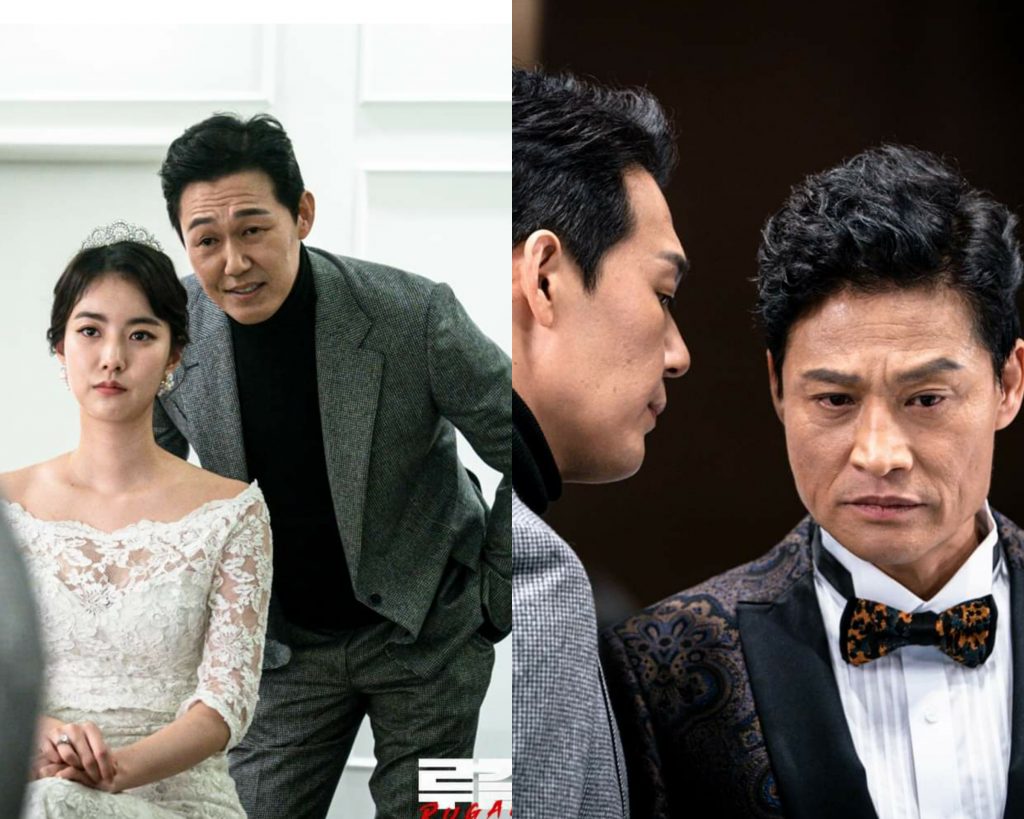 When he finally carried out his plan and entered Argos’ system, the distrust between the leaders caused them chaos. Eventually, the authority and foundation weakened, leaving Hwang Deuk Gu and Choi Ye Won in charge.

As for his character, Hwang Deuk Gu would probably make it to the list of the most evil villain in the history of Korean dramas. He was an evil in its purest form who commit heinous acts without having the slightest of guilt. There were some instances were he would kill without even blinking that made us tremble in fear.

Hwang Deuk Gu is definitely one of the best and pivotal features of Rugal the viewers should prepare for. 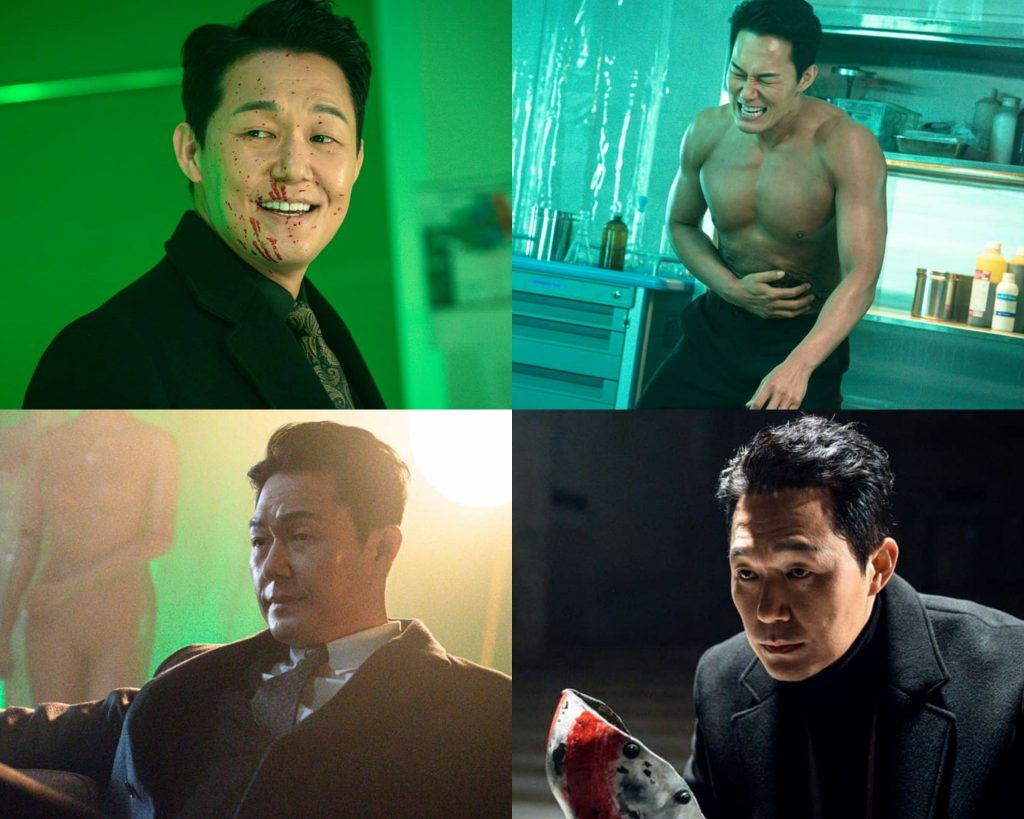 Being entirely action-driven, Rugal is deprived of romance, but served a small portion of love line quite almost. Since it shows the farthest point a human could reach as diabolic beings, most of the time, the characters are busy fending themselves against the wicked. Thus, romance stays out of the limelight to stress the tension.

During the initial premise, the intensity and ferocity are maintained, which was impressive. The story flowed fluidly, revealing the biggest plot twist of the series, quite surprisingly, but not to its greatest extent.

Another thing that falls short is when the series reached its finale. The scenes become cliche and quite expected. Also, there are several points that diminished the overall grip and appeal to viewers. Some characters aren’t vital to the progression of the plot like Choi Ye Won and the other leaders of Argos. They lack depth and the connection with the central characters.

Generally, they preferred focusing on actions more than the profoundness of the dialogues. Nonetheless, the action stunts were outstanding and definitely worth the watch. 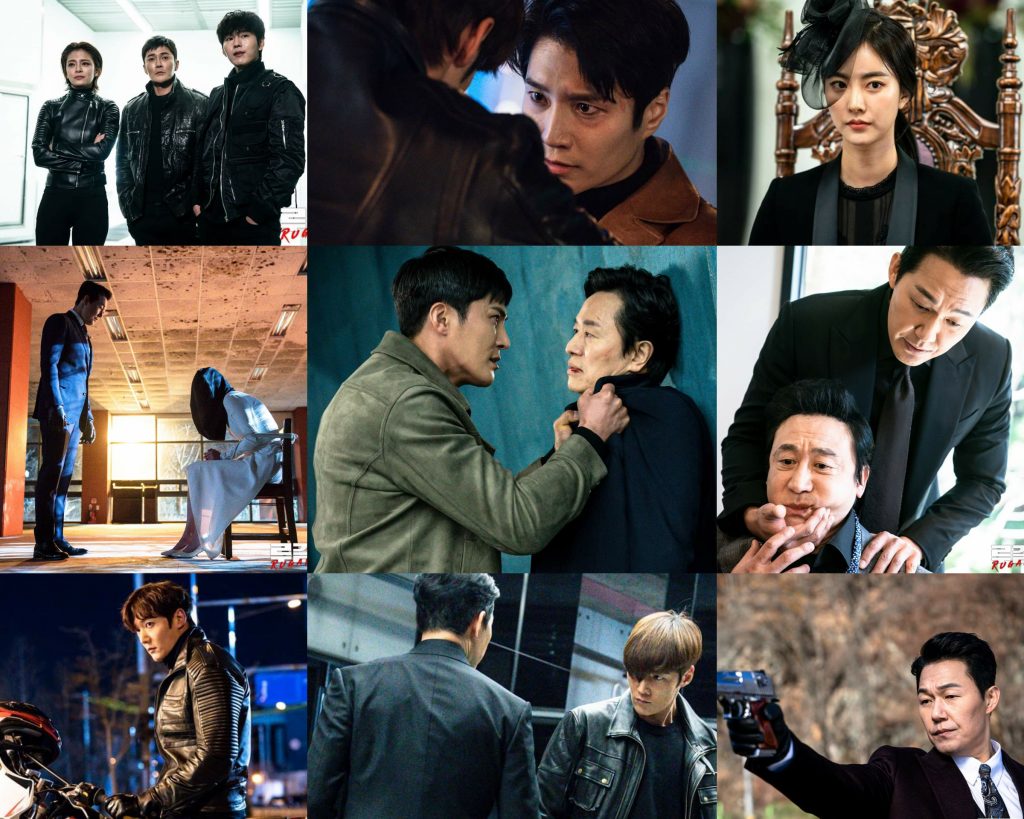 Among its fast-moving plot, incredible action stunts and attempt in combining sci-fi with action, Rugal offered high-strung experiences throughout its course. There is an overwhelming race of emotions right from the beginning. From anger, grief, disturbance to a glimmer of hope where one cannot help but root for the characters.

Incredible stunts became all possible through the excellent portrayals of the characters. What would we all expect to the entertainment industry leaders. 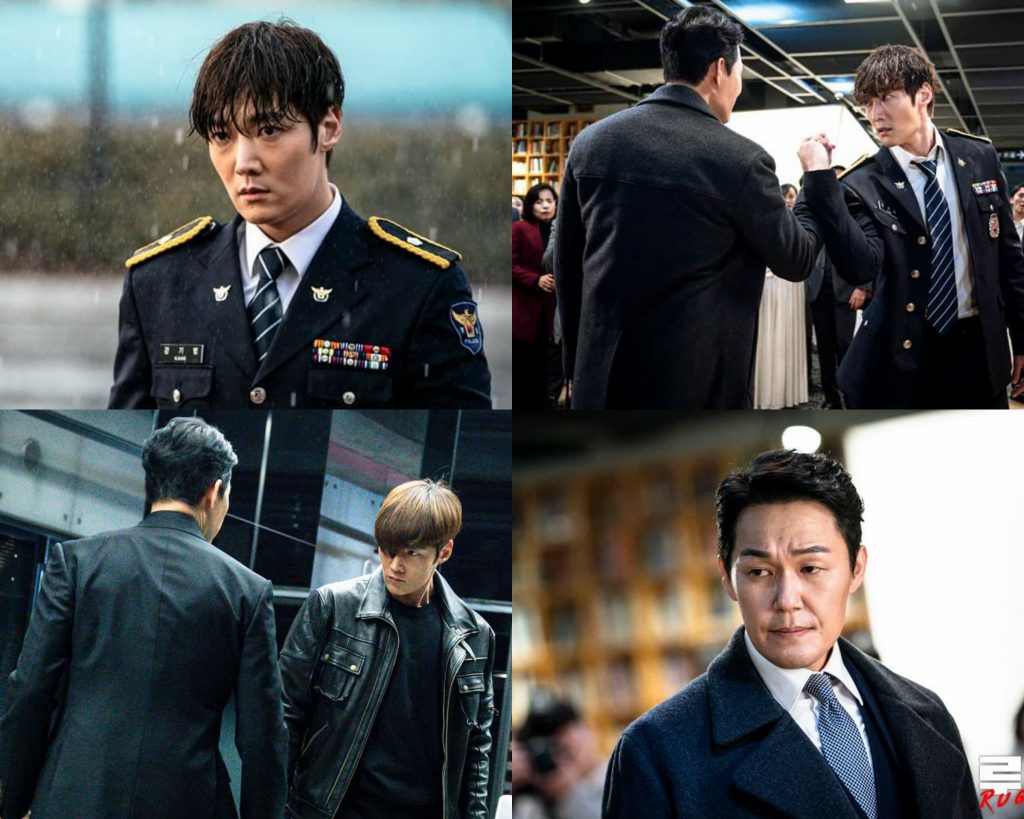 Choi Jin Hyuk has always rendered effective and dramatic portrayals from his past works until now. As always, Park Sung Woong never frustrates us for his spine-chilling villain roles every single time. We can always expect a great drama if he is included as one of the casts, most especially as the main antagonist.

Its futuristic approach and the unique elements substantial to the series are overall impressive. It may appeal to audiences who wants some epic encounters and confrontations that provides adrenaline rush.

Rugal is available for streaming on Netflix.

Images and Videos From: OCN