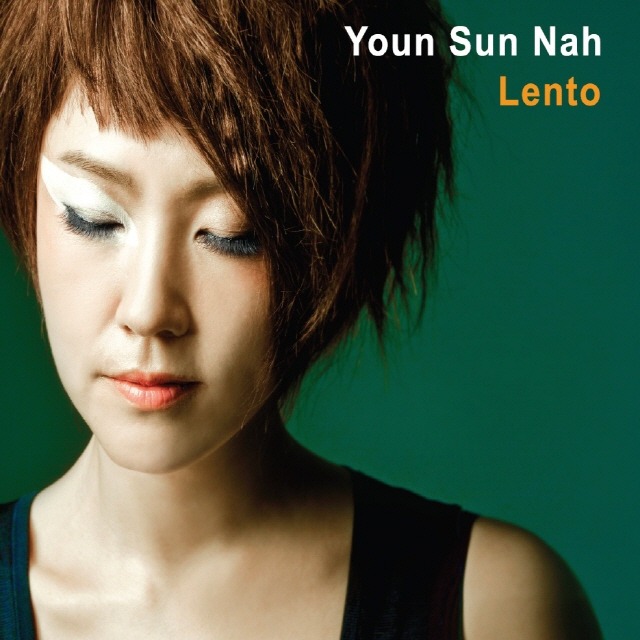 By Jung Bae | May 13, 2013
FacebookTwitter
SubscribeGoogleWhatsappPinterestDiggRedditStumbleuponVkWeiboPocketTumblrMailMeneameOdnoklassniki

During the five weeks over which I’ve taken a break from reviews, we’ve seen some major releases make waves. In case you’ve missed some, here’s an even-quicker-than-usual overview of fifteen notable albums from that time period. (Full-length reviews and regular Quick Reviews will return next week.)

Nah Youn-sun‘s vocals are more charismatic and incisive than ever. The veteran jazz vocalist is a dazzle as she refuses to be outdone by an instrumental supporting cast as intense (Momento Magico) as it is exotic (Soundless Bye). She burns with passion, celebrates in fashion, laments with aridity, and evokes with acidity. There are enough breathtaking moments here to fill an entire discography; taken as a whole, it’s one of the most forceful, deliberate vocal performances in the history of Korean jazz. This eighth album is a spellbound moment and an early candidate for album of the year. 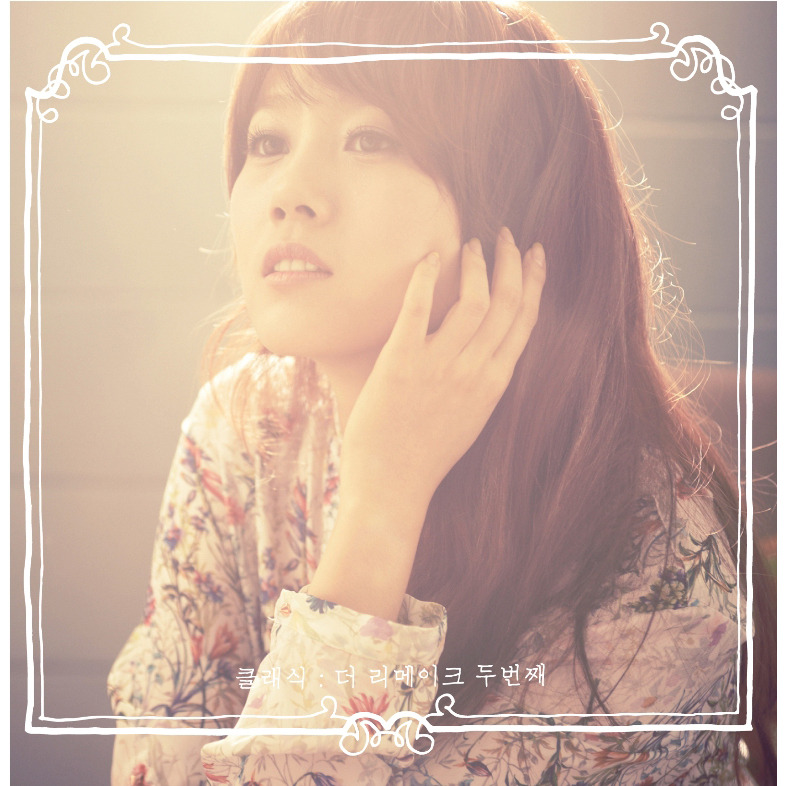 Has it really been nine years since the first one of these? Lee Soo-young returns to pure ballad as she tackles another set of (newer) classics, and she’s as fluent as ever in the language of massive orchestration and gliding melodies. The sequel isn’t quite as good as the original: there are glimpses of ambitious instrumentation (most notably 희재 (Hee-jae) and 인연 (Serendipity)), but the exquisite balance enjoyed by the first Classic: The Remake (2004) is missing here, as is a mold-breaking curve ball like that album’s 누구라도 그러하듯이 (As It Is For Anyone). But while we’re waiting for Lee’s tenth studio release, this tender collection will do nicely. 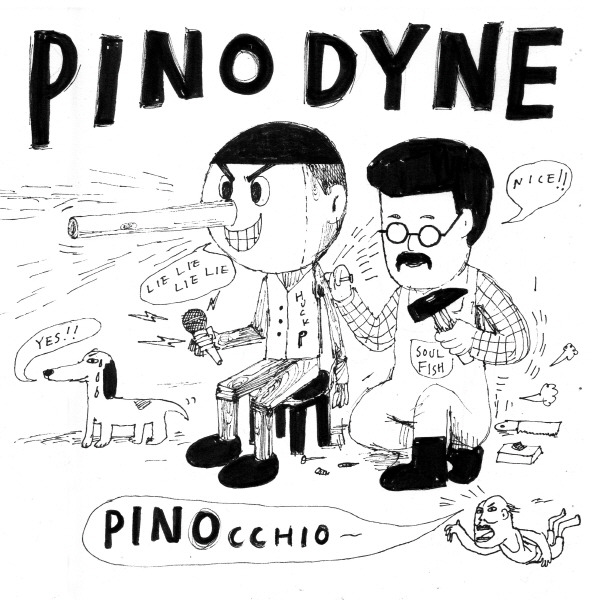 Soul Fish and Huckleberry P both have sleek, easy-going styles, but production of the former kind is becoming more common (and even expected) in this scene. The lyricism is what sells this sophomore album, so it’s a great thing that Huck P is thoroughly entertaining. 걸리버여행기 (Gulliver’s Travels) puts cheeky metaphor and allusion to satirical use, while 손만 잡고 잘게 (I’ll Sleep Just Holding Your Hand) has a believably playful dynamic of sensual tension. When the rapper is not being funny, he excels at injecting listeners into a persona. We see from the perspectives of an allegorical Huckleberry Finn; a hitherto-sheltered young adult taking his first step outside; a younger brother who can’t live up to expectations set by his sibling; a single mom fighting for her child; and so on. It’s Huck P’s vivid language that makes these characters come alive and portray a snapshot of our lives. 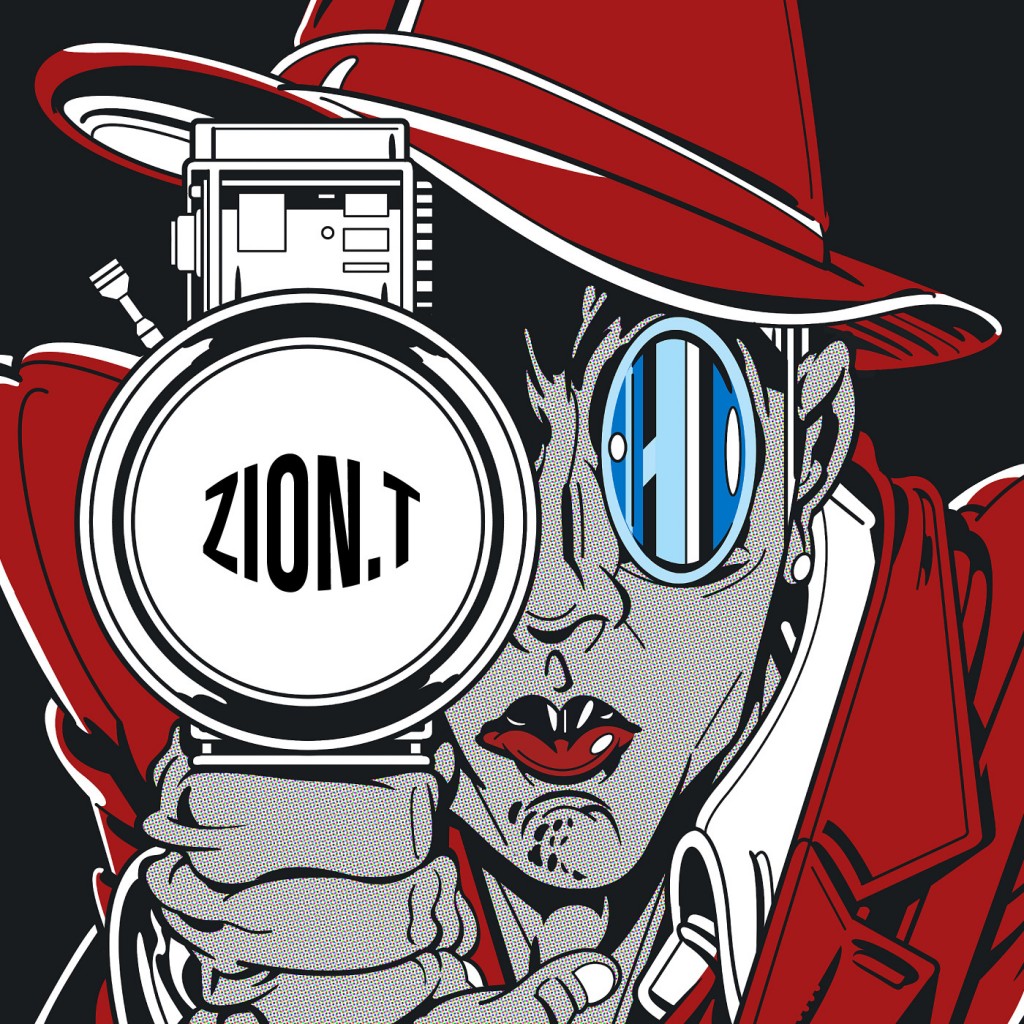 How do you stop something that’s unstoppable? It’s a legitimate question when it comes to this ridiculously prolific, uniquely gifted vocalist. Zion.T‘s long-awaited debut album meets all the hype and then some; it’s got bold directing, imaginative and polished beats, and freedom of flow without losing focus. Tying it all together is, of course, the man’s golden voice. He wields that inimitable croon like a motor boat, floating and bobbing along for the most part but sometimes steering with gusto. He often switches styles multiple times in the same song, and isn’t afraid to recruit a little electronic help to fill up space. We knew Zion.T had mastered the voice; now it seems like he’s mastering everything else. He’s still just twenty-four, by the way. 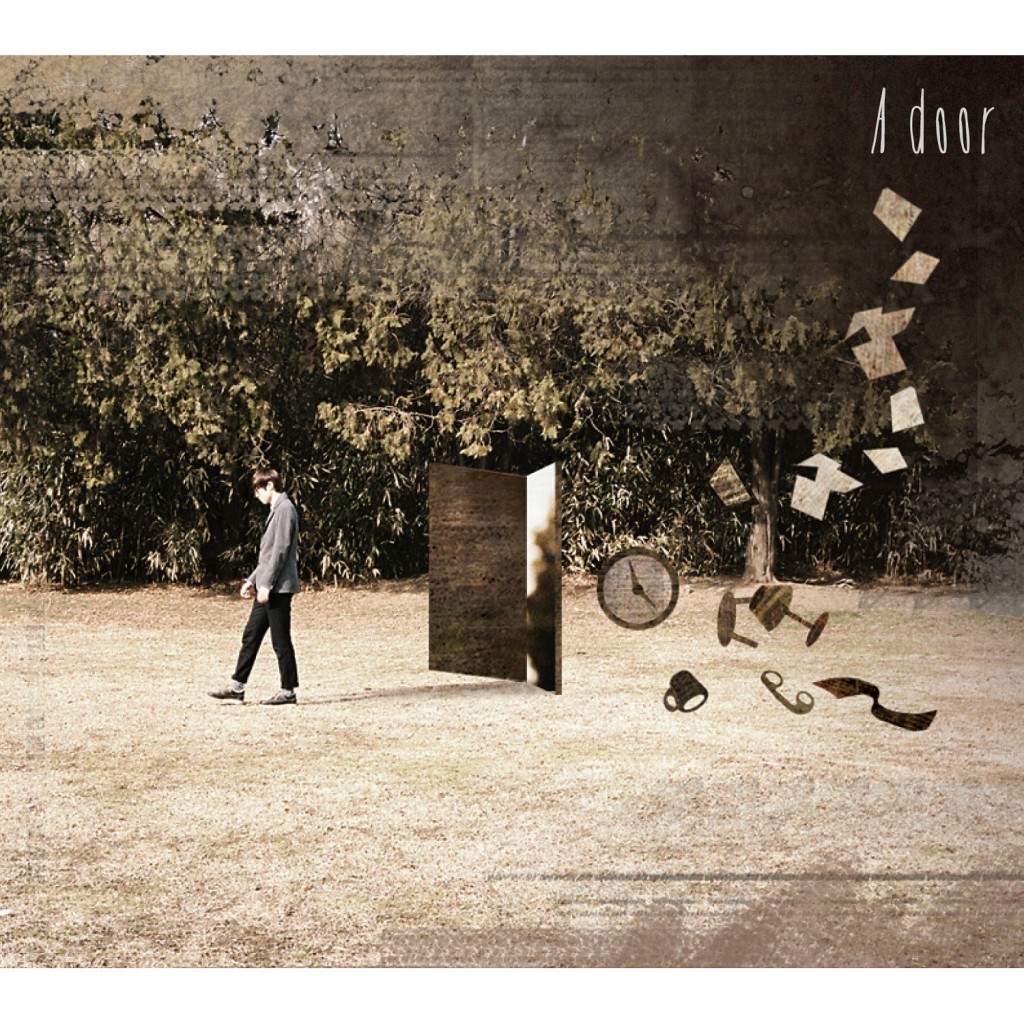 Almost every track on A Door is engaging within the first ten seconds. That’s a testament to the power of Kwon Soon-kwan‘s brilliance with instrumentation. Into a broadly pop-rock base, he brings in brass and strings, staccatos and fuzz. Under Kwon’s direction these become dense, highly complex tracks – for example, note the background activity in Keep Going – that still remain accessible for anyone by way of broadly stroked melodies and efficient layering. This sophistry sets the No Reply vocalist’s solo debut apart from other albums in the genre, and gives him a better stage to what he does just as well: tell fascinatingly evocative stories. 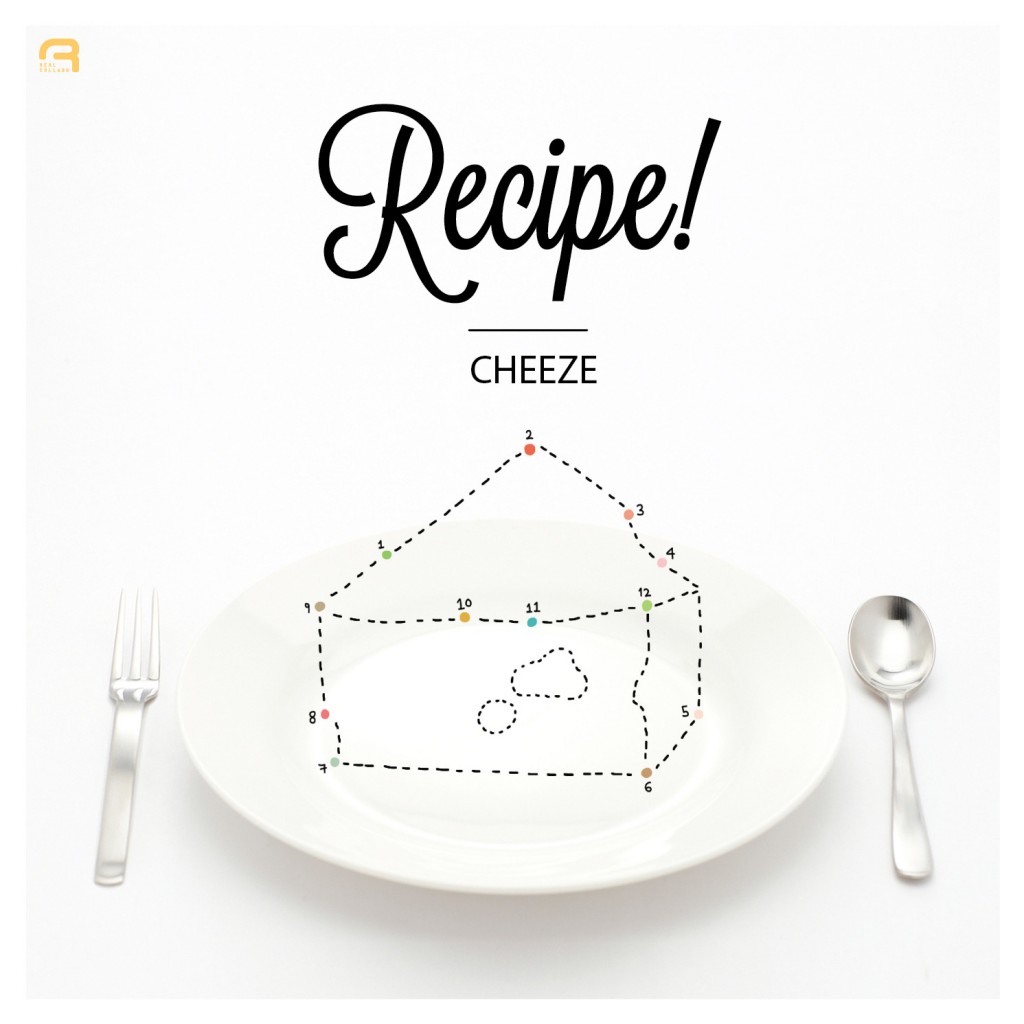 Recipe! is, I imagine, exactly the kind of album that RealCollabo was created for. CHEEZE examines slices of daily lives, ranging from love at first college project to falling asleep while getting over an ex. Vocalist Dalchongi‘s performance is appropriately sweet to accompany the two producers’ muted, sleek pop-ballad beats. The supporting cast (including Winterplay trumpeter Lee Joo-han) is discreet but adds crucially to the album’s quality. Recipe! is delightful through and through. 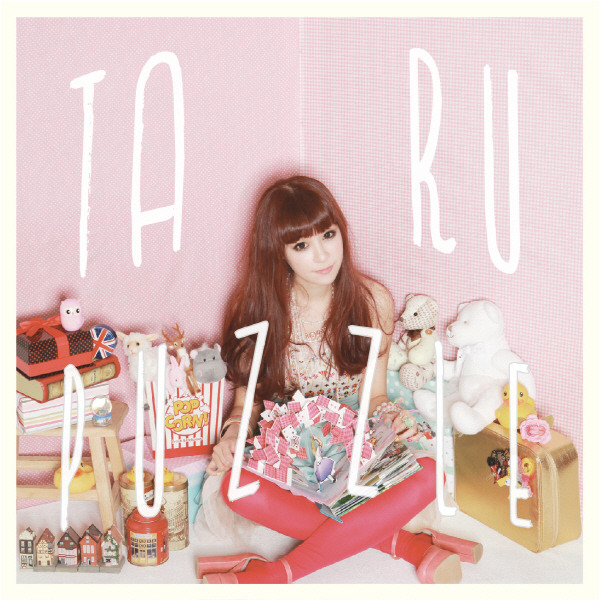 Puzzle is decidedly more rock-focused compared to Taru‘s previous works – there’s a modern-rock and alternative undercurrent lasting the duration of the album. As a result, the album gains some of the driving power that was lacking in those older works, but it loses the moments of rawest emotion that 100 Percent Reality (2011) evoked. To me, this is a net loss. 기침 (Cough) does not quite replicate the gut-wrenching impact that 지금이 아니면 (If Not Now) or 여기서 끝내자 (Let’s End It Here) delivered. If we ignore this, Puzzle has some great moments (mostly in its up-tempo pop-rock variants) amongst a few duds. Encouragingly, she’s still sticking to her motto – making “music that comforts”. 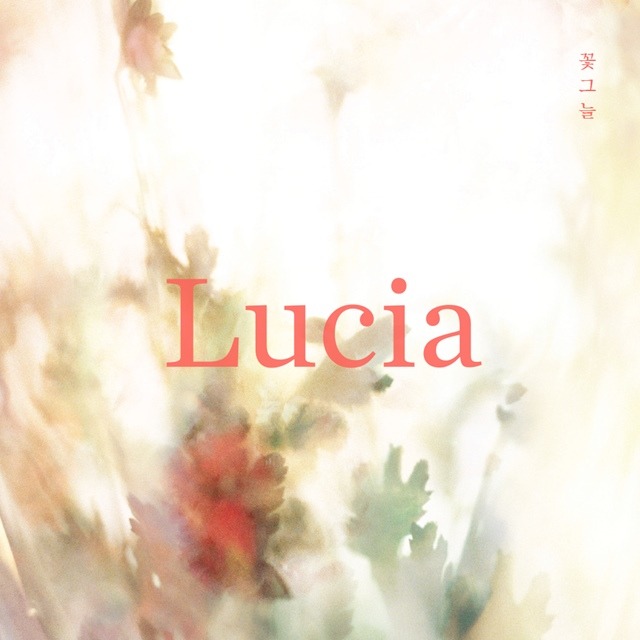 Lucia doesn’t really seem to do sad songs – melancholy, sure, but not full-on minor-chord sorrow. (Here’s exhibit 1 and exhibit 2.) So it’s surprising to see a somber lead single from her: 그런 계절 (Such a Season) opens with a desolate intro not out of place in a tragic historical drama and builds with Lucia’s characteristically delicate lyrics. Before long, we have an impeccably detailed and aching waltz. Lucia returns to regularly scheduled programming soon enough, but with no true killing track out of those, Such a Season leaves a very lasting impression. 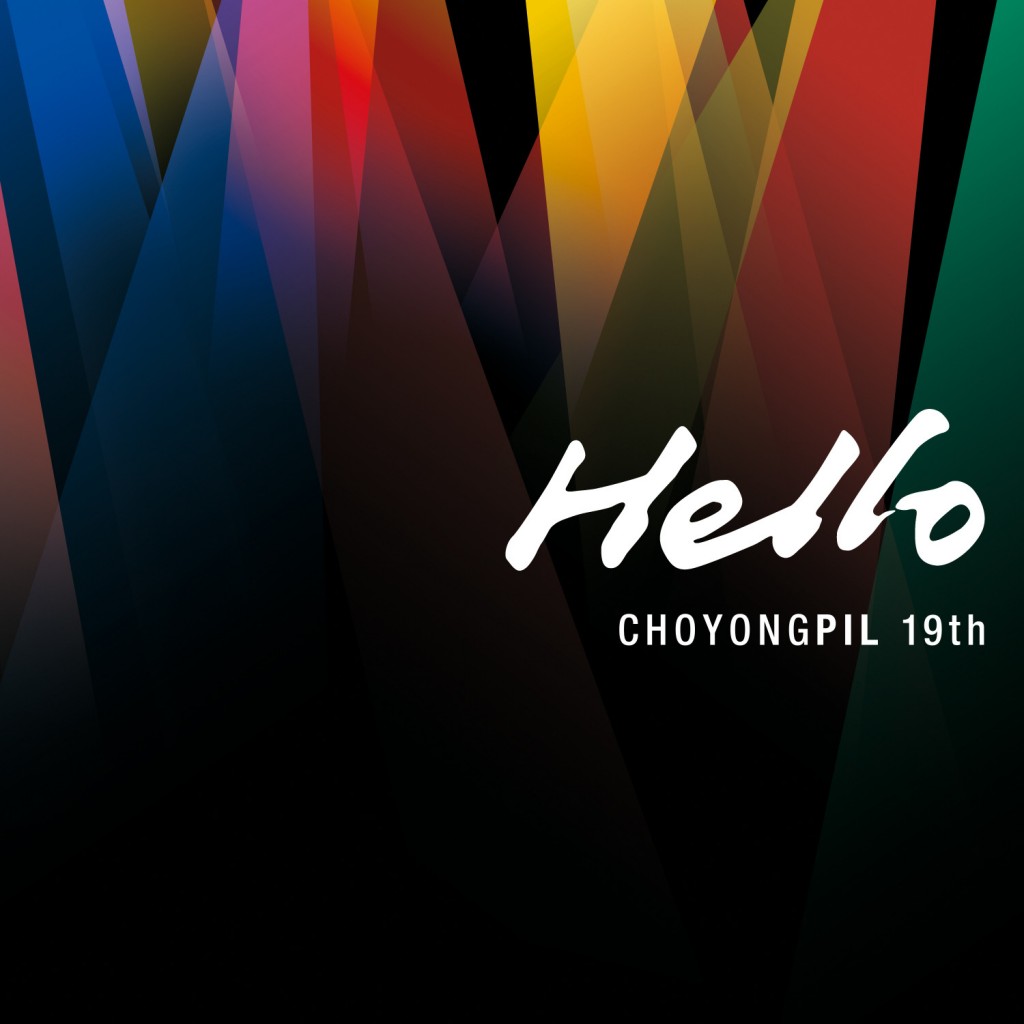 There’s not much more I can say about the artist; Cho Yong-pil is hands-down the greatest legend in Korean music, the country’s most famous and most widely respected musician. But for that matter, that’s not much new for me to say about the album, either. As one of the most anticipated albums of the last decade or so, Hello has produced quite a bit of informal literature to go along with explosive popular reactions. Let me say this, then: people are right that Mr. Cho’s 19th studio release is not the kind of masterpiece they were hoping for. Others are also right that his boldness in embracing electronica and pop-rock and his deftness using them are both impressive. Hello is still an excellent album, displaying in many ways the marks of an artist who most definitely knows what he’s doing. I think this album is likely to end up being transitional: a release that shows Cho Yong-pil’s creative juices haven’t gone anywhere and that he can adapt to changes, to be followed up by a 20th album that is the masterpiece that people are waiting for. That’s also the hope. 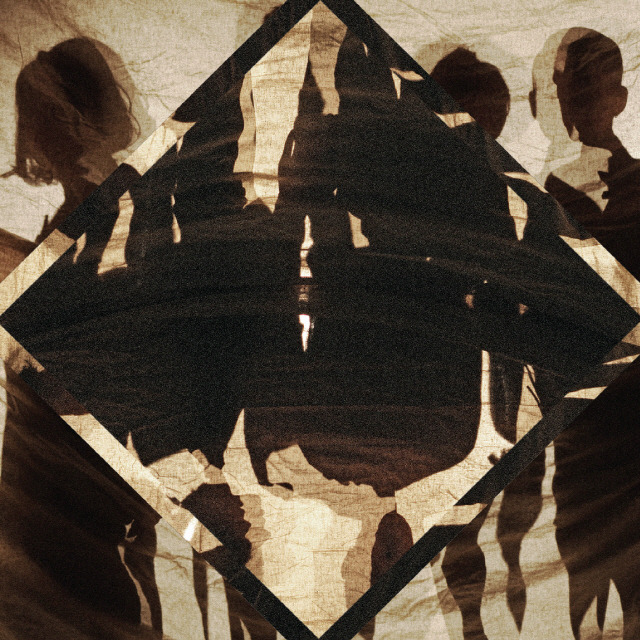 Let It Shine is not too different from Bright Lights (2011); dreamy guitars, expansive melodies, and Nine9‘s reassuring husky tone all return here. Perhaps there’s a little more shade of post-rock, a little more shoegaze effect, a little more synthesizer. They are welcome additions, giving Dear Cloud’s music all the more scale and exhilaration. It’s not a real ambitious album, but that’s okay – See the Light and U are moving regardless. This band is already used to dreaming big. 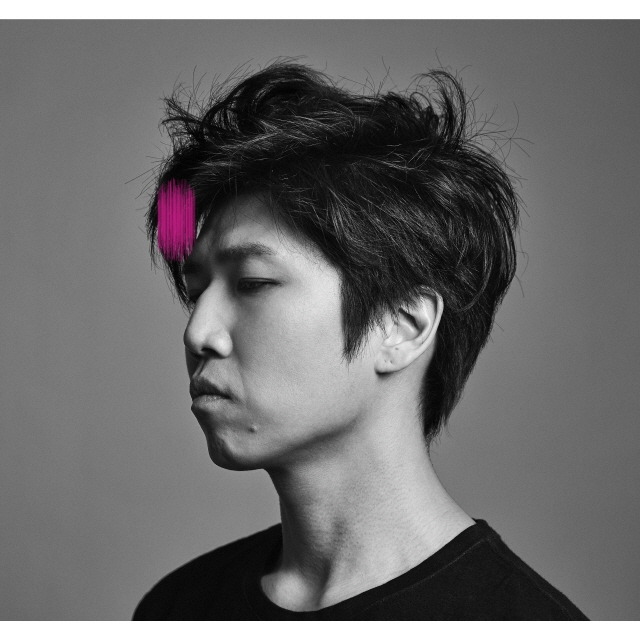 As the man himself says, Kim Bada‘s EP is not of his more experimental ilk. It’s not quite like his Art of Parties work, either; N. Surf Part 1 is more mainstream-oriented, embracing electronica, pop-rock, and even a slow-jam ballad. It’s an unexpected turn for the power vocalist, and individual results are pretty impressive. Searching marries industrial and new wave into a heady mold, while 푸르게 떠나 (Leave in Blue) sees Kim subduing his edge and letting the Rhodes timbre fill the space. I think it’s too eclectic to be a cohesive body of work, but this EP manages to endow a 20-year veteran with the perception of limitless potential. 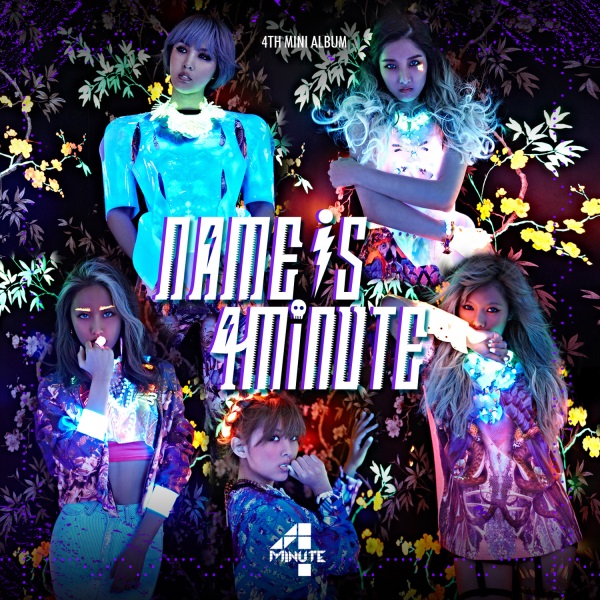 As much as I seem to rag on the producer, I’ll grant that What’s Your Name? is leaps and bounds better than Brave Brothers’ other lead-single work of late. It’s got more life than Sistar19‘s Gone Not Around Any Longer and Son Dambi‘s Tears Flow put together. It inexplicably throws away all sustained buildup whenever it gets to the chorus, but there’s a good amount of tension elsewhere. That’s keeping in line with 4minute‘s return to aggressive club tune. Whatever allows Hyuna to show off some of the charismatic rapping she’s refined through Melting (2012) while also featuring the EP’s strongest vocal contributions. Gimme That and Domino are also relentless synth baths, which means this is a rare no-ballad release; that’s just as well, since ballads have often turned out to be filler for 4minute. Name is 4minute is loud and flashy – and thankfully, it doesn’t try to hide that. 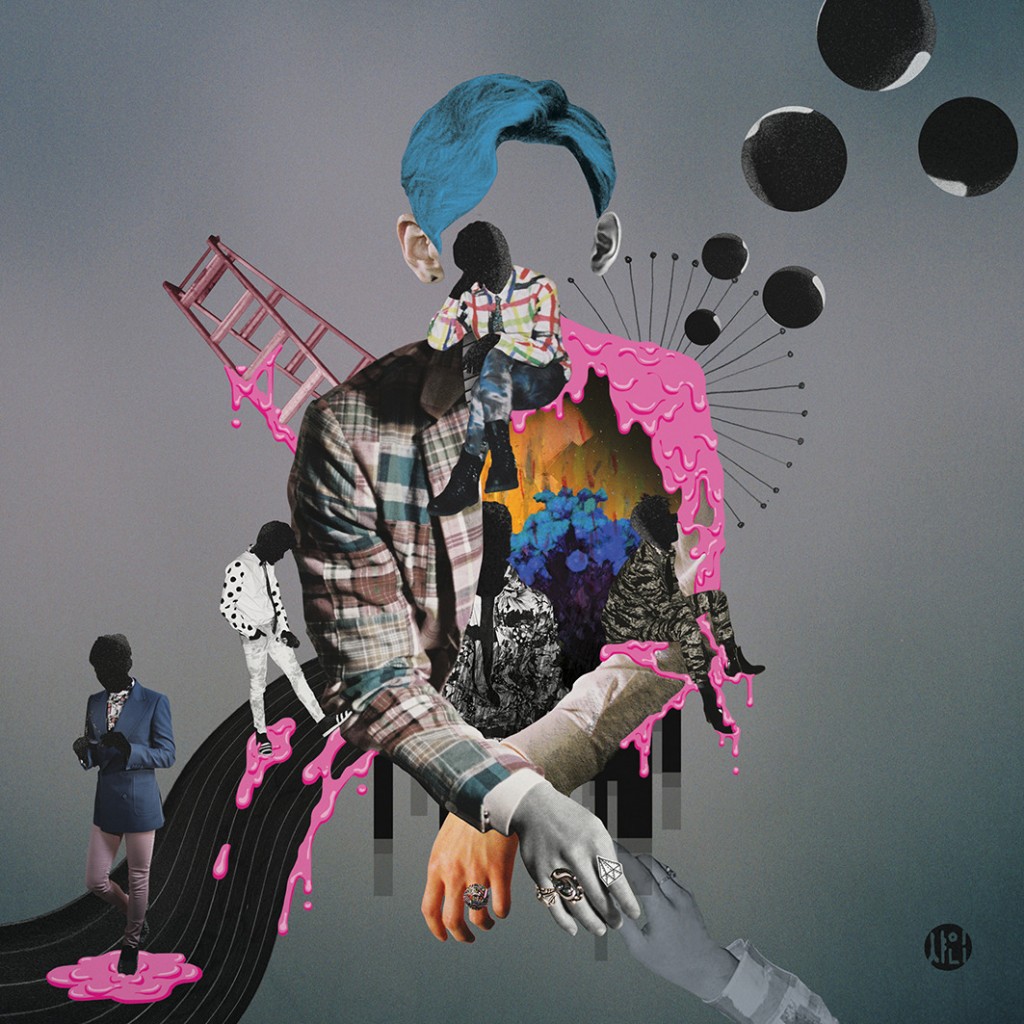 SHINee – SHINee The 3rd Album Chapter 2. ‘Why So Serious – The Misconceptions of Me’

The follow-up component of SHINee’s third album is qualitatively on par with its predecessor. Just as in The Misconceptions of You, it’s hard to pinpoint any real weaknesses in either SM Entertainment’s game (flawless instrumental polish and effective sonic devices) or SHINee’s (ability to do anything asked of them and increasingly convincing vocal acting). The Misconceptions of Me is more theatrical, starting with the zombie-themed adrenaline of Why So Serious? to scene-setting Excuse Me Miss, and it’s certainly emotionally darker. That means there’s a bigger onus on the vocalists to deliver more persuasive performances, and everybody – I mean everybody – passes with flying colors. I think this is actually a collection of better songs, if not a better collection of songs, compared to Chapter 1. I see now that throwing these parts together into one album really wouldn’t have worked, although a part of me does want to see an 18-track idol album in the 21st century. It’d be like H.O.T.‘s I Yah! without the talk tracks. 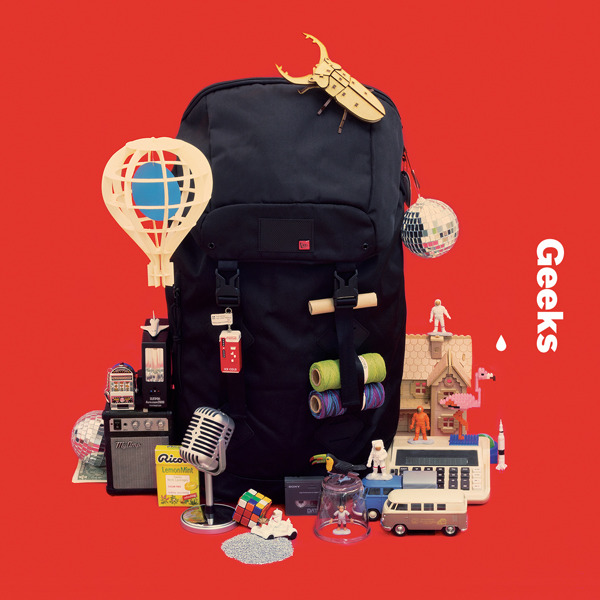 There’s hip-hop lite and rap ballad galore in Backpack, which doesn’t exactly give Geeks the best genre advantage towards being taken as heavyweights. The duo seems okay with that, though, because they show remarkable focus in making this debut album as friendly and accessible as possible. Wash Away and 집앞에서 (At the Front Door) bring the impact early, but the remainder of Backpack is mostly laid-back production and mellow lyricism. Not a terribly interesting release just yet, but their passion is palpable. 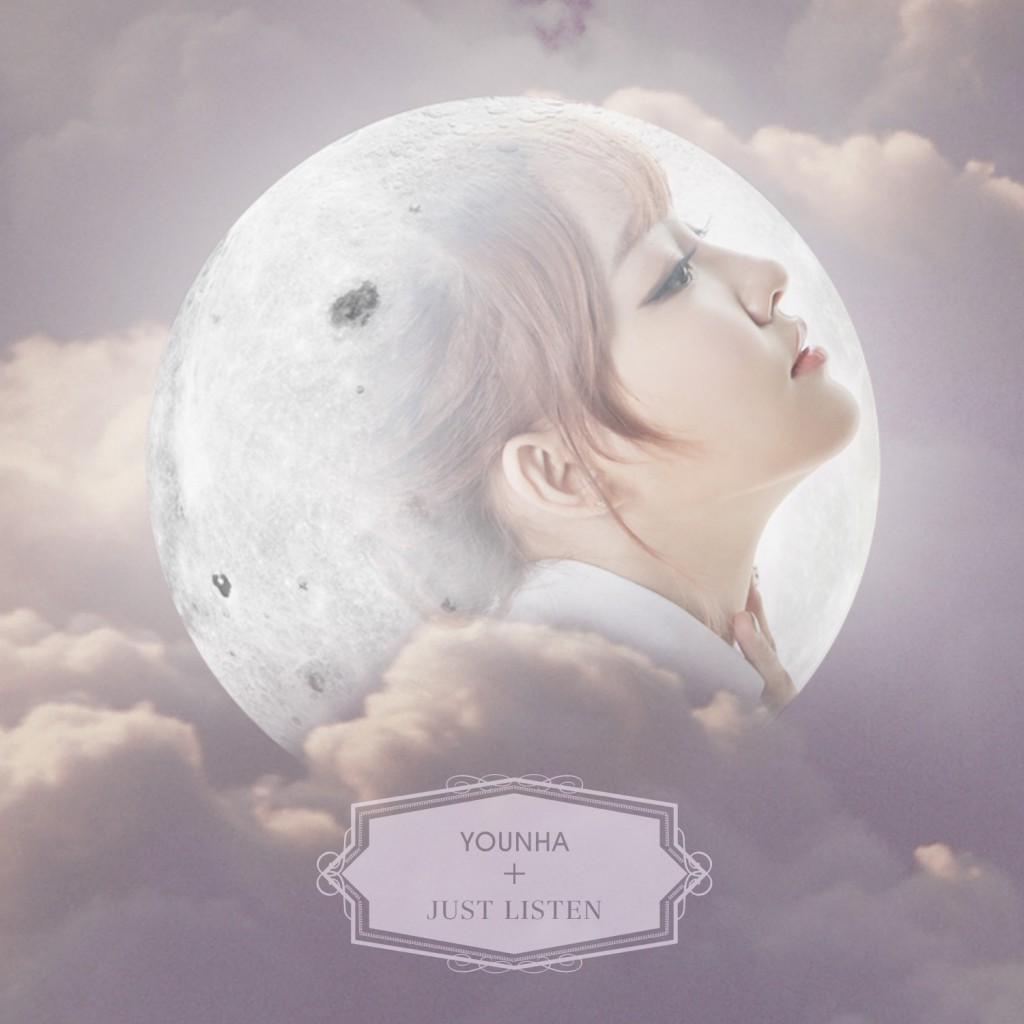 It’s two consecutive bold moves for Younha. Having carved out a modern-rock template for her future in Supersonic, she branches out a little further in this breather of an EP. Three tracks – Fireworks, 우리가 헤어진 진짜 이유 (The Real Reason We Broke Up), and 바다아이 (Ocean Child) – appear to be direct extensions of Supersonic’s atmospheric and driving musical themes, and these are all powerful. The one new trick displayed here, the reggae infusion in Just Listen, offers treats in the form of visceral groove and sophisticated arrangement. The other tracks are more predictable and bog the EP down, but this is another solid addition to a burgeoning discography.