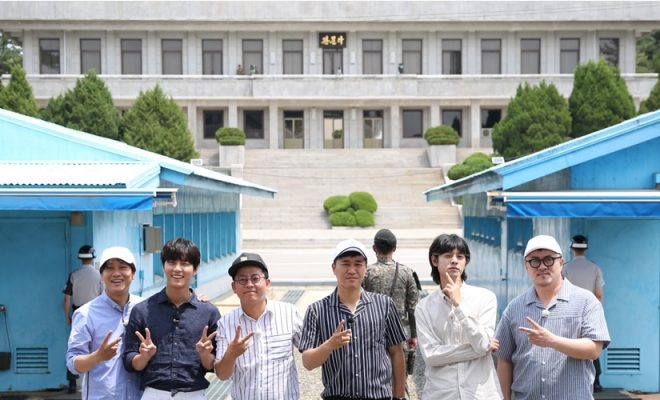 It took years of courtship with United Nations for the team of 1 Night 2 Days to hold a special feature in Panmunjeom. Finally, it is coming true.

As an entertainment show dedicated to traveling the corners and nooks of South Korea by presenting the visited places’ rich history and breathtaking natural beauty, 2 Days 1 Night takes another slice of its decorated show by setting foot on Panmunjeom, the designated de facto border of North and South Korea located in Kaesong, North Hwanghae province, North Korea. 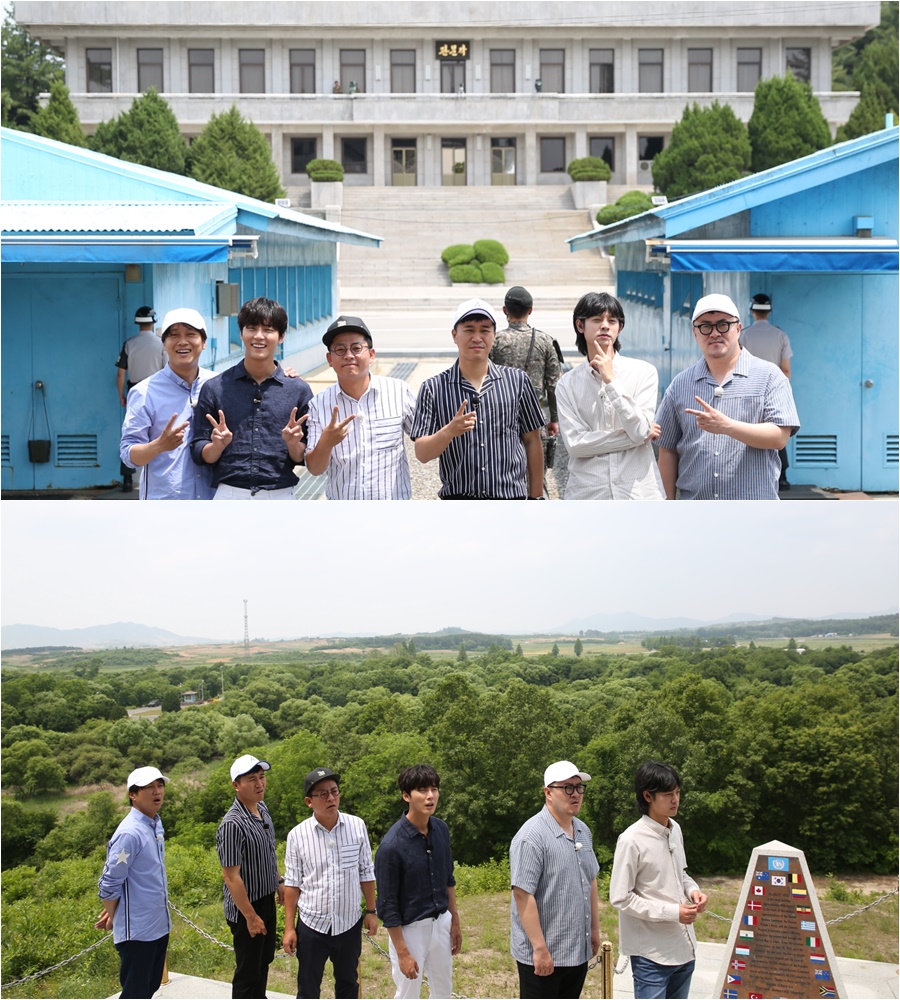 Not long ago, the divided Koreas made history by making peace to each other. The result opens venues for smooth projects between the two countries, and KBS2 TV’s long-running travel show finally gets the chance of securing a long-awaited feature.

2 Days 1 Night has been raising the expectation of viewers with meaningful planning every year. The collaboration of entertainment and history brings fun, meaning, and impression to the audience, as well as a special features that encompasses all generations.

On the June 24th edition of KBS2 TV Happy Sunday’s – 2 Days 1 Night Season 3, the members will appear on the Panmunjeom special. Expect another memorable time for Cha Tae Hyun, Kim Jun Ho, Yoon Shi Yoon, Kim Jong Min, Defconn and Jung Joon Young with their visit in an uncharted territory where the public cannot come due to its demarcation border status of the North and South Korea. It raises the question of what kind of sympathetic and patriotic meaning that the journey will unfold.

2 Days 1 Night has been showing special trips of historical value. The 11-year-old variety program aired “The Baekdusan Special Feature” in June 2008 (Season 1), which symbolically encouraged the unification of the divided countries. In August 2012 (Season 2), “Dokdo Special” presented National Liberation day event, and provided an opportunity to show the importance of Dokdo to the Korean people and overseas Koreans, as well as a special time to point out the value of Dokdo that had been forgotten.

In addition, the “Harbin Special Feature” broadcast in March 2016, which was planned for the 106th anniversary of freedom fighter Ahn Jung Geun for the third season, was the first overseas trip of the show. It followed the traces of the revered historical figure, who fought for the liberation of the country during Japanese occupation.

The Kazakhstan-Cuba Special Feature, which was planned in commemoration of the 10th anniversary, is a story about how Korean descendants living in Kazakhstan and Cuba had lived in a barren land, and tried to protect their lives and culture with their pride as Korean descendants. It greatly impressed the viewers of 2 Days 1 Night.

On Sunday, the members are set to visit the villages of the Military Democratic Party in North Korea, including Panmunjeom, and the village of Taeseong-dong, which have never been revealed for public broadcast.

Through this amazing effort, the show annually makes another contribution to the national arts through its visionary projects. The six members visited the historical place with the desire of attracting people, who transcended all generations by conveying important messages through their travel adventures.

For the first time in Korean television broadcast, 2 Days 1 Night two-part Panmunjeom Special will be shown on June 24 and July 1.