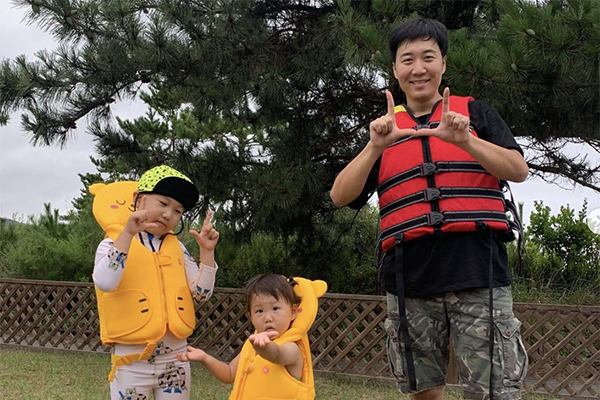 Announcer Do Kyung Wan revealed in an Instagram post on April 11 that he and his family will be leaving the beloved program, Return of Superman.

The post features a photo of the announcer’s daughter, Hayoung, from an episode of the show. Do Kyung Wan said that as a rule of his resignation from KBS, his family will also be taking a step back from the show.

He thanked fans for their continued love and support, especially towards his children and family. He promised that he and his wife, Jang Yoon Jeong, will do their best to continue to share updates on their children.

“Please keep an eye out for us!” he wrote.

The family first appeared on the show in June 2014 to feature the birth of first son, Yeonwoo. They then joined as official members of the program in December of 2019, as a quartet with daughter and youngest member of the family, Hayoung.

Do Kyung Wan resigned from his position as the announcer at broadcasting company KBS earlier in 2021. Singer HaHa took on his role as narrator for Return of Superman alongside So Yoo Jin.