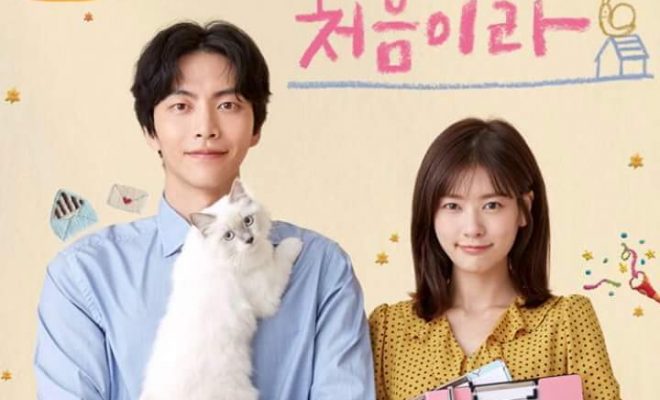 K-Drama Premiere: “Because This Is My First Life” Brings Back The Charms Of Cohabitation Rom-Com Plot

Because this is my first life leaves you smiling and feeling good after watching the kickoff doses. 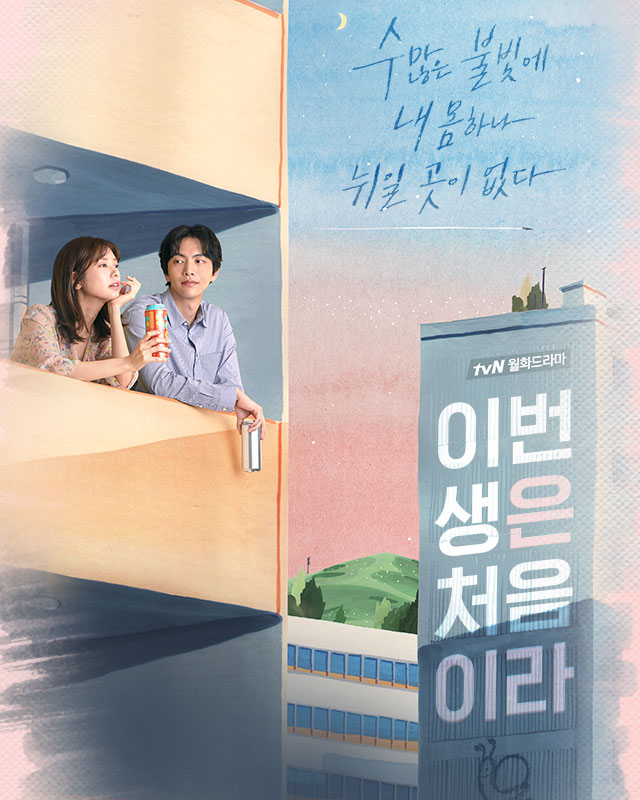 Because This Is My First Life proves that you can never go wrong relying on the tried and tested living-together-eventually-falling-in-love trope of Korean romantic tales.

I am not expecting much on TVN’s new drama, but I intend to watch it because of Lee Min Ki oppa. I am curious to know why he chose a romance drama to break his nine-year small screen hibernation.

Surprisingly, I got my answer right away as the blithe opening week brandished an amusing yet contemplative story about a man and a woman, who agree to get married based on their current living condition and human interaction preferences. 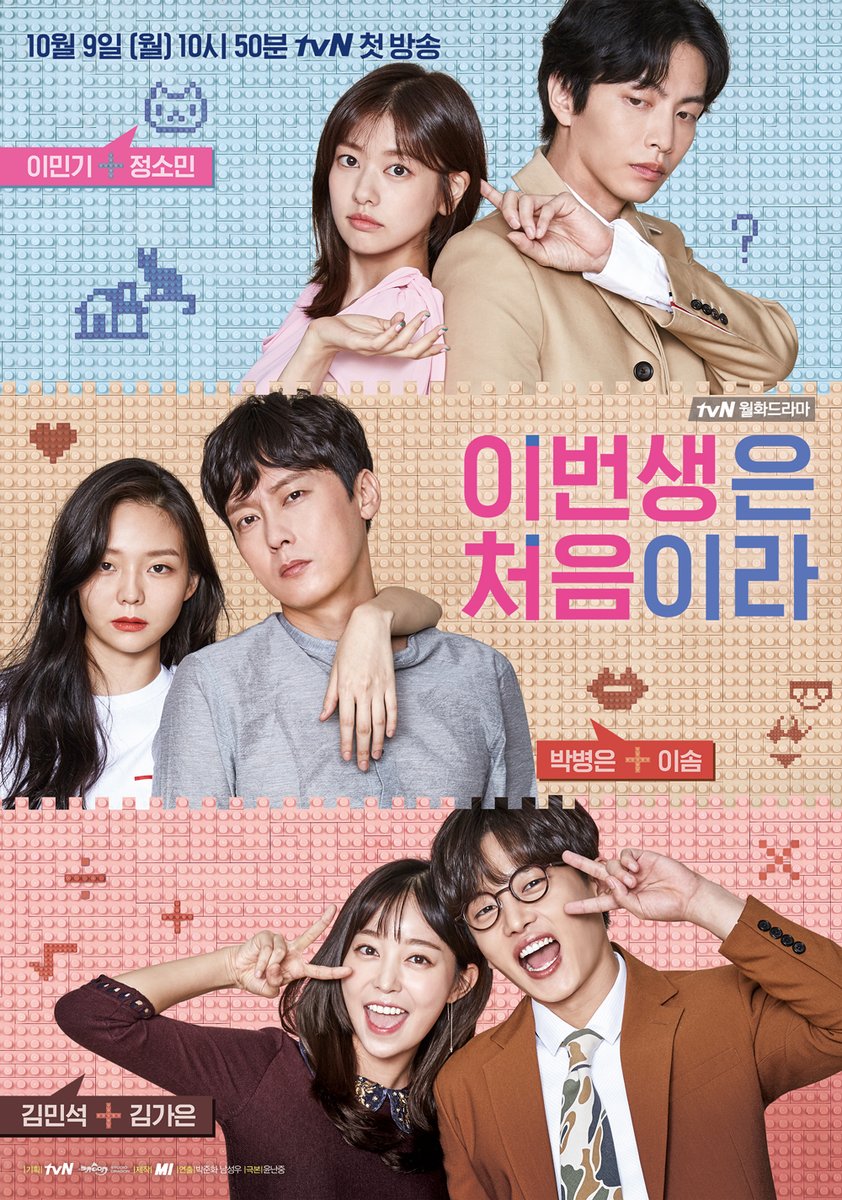 Yoon Ji Ho (Jung So Min) works as a diligent assistant writer for making dramas in the last five years. She is all set to get a well-deserved rest after the drama ends to her home but finds out that her brother impregnated a girl. Her father who favors her brother more can’t be any much happier to learn that her future grandchild is a boy so she decides to move out of the house. Without money, she can’t find a decent room to stay, until she gets a referral from her friend’s boyfriend who is looking for a housemate.

The renter Nam Se Hee (Lee Min Ki) works as a computer programmer of a dating company. He has predetermined how he will live his future life with his cat, and does not have any intention of settling down. Impressed on the new housemate’s clean living habits, they agree to live together not knowing that they are of opposite gender. 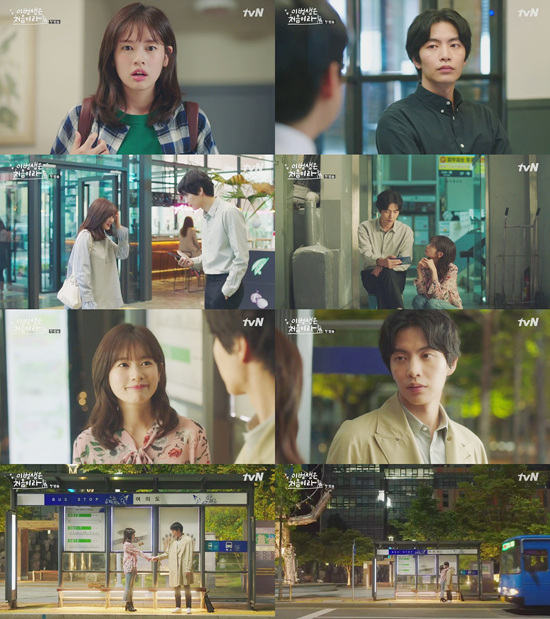 The two who have not met inside the house chance upon each other at an eating place where they are both attending separate workplace celebrations.

Ji Ho finds Se Hee watching a soccer game and invites herself to snoop in. Feeling awkward at her invasion, she walks away but he calls her and they watch the game together.

Just then, she spots her crush with the lead girl of the drama which she recently wrote in a sweet embrace, crushing her heart in embarrassment, because she told the stranger how she thinks her crush will make a love confession to her.

Se Hee finds Ji Ho waiting at a bus stop. She blabs about the humiliation. But he rationally advises her about how human’s neo cortex is responsible for humans’ depressing thoughts.

Inspired on the instant realization of how she has to live without inhibitions, she tiptoes to give him her first kiss, and rides the last bus like nothing happened.

The aftermath of her action haunts her the next day as she bumps with Se Hee at the inside the elevator of the town house building. They finally realize that they have been sharing the same house for days as room owner and tenant. 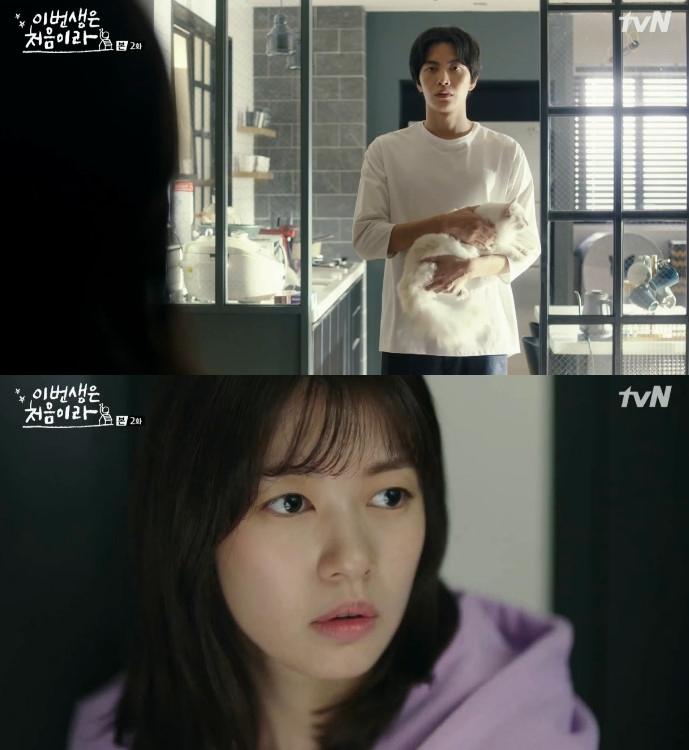 Running out of options, she pleads to stay in the meantime until she can get a room. Se Hee who has been analyzing the positive statistics of his recent house sharing is hesitating on letting her stay. When she answers that the kiss is just a spur of the moment and is meaningless, he agrees to work on their situation, believing that both of them will not fall in love anyway.

Ji Ho finally secures her first lead writing project, but they are joined by the writer whom she has assisted with for stability purposes. When Se Hee’s mother finds out that a woman is living with her son, she reluctantly leaves his house to stay at a workshop offered by the drama PD. 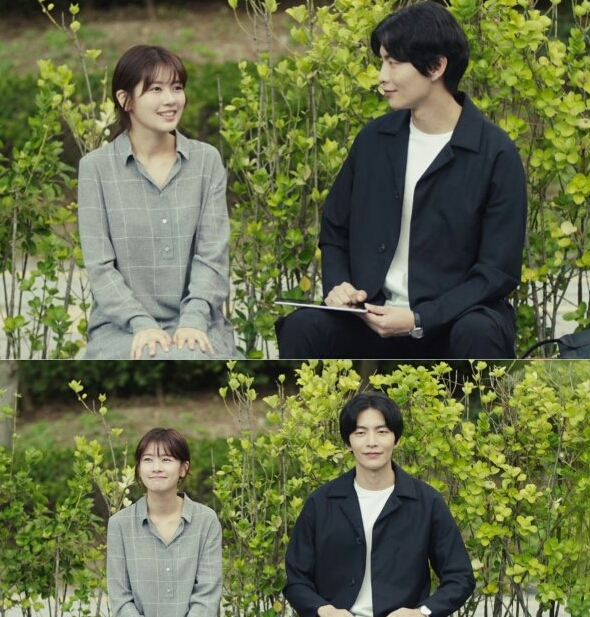 At a drama brainstorming session, Ji Ho reaches her patience limit on how much her scenario has been changed so she throws a rebellious fit.

That same day, Se Hee is feeling pressured on how his perfectly planned life seems faltering on his set algorithms.  He feels despondent as he sits with his cat in the house, missing her ex-housemate’s presence.

Ji Ho’s ex-PD crush breaks into her room, convincing her to give in to her drama script alterations. He almost rapes her if not for her strong resistance. She finds herself in front of the town house complex after a long walk and meets See Hee who bought some beer. They sit on the couch watching a soccer game. Out of the blue, he asks her if she wants to get married with him. Tired of her exhausting life, she responds yes to his proposal. 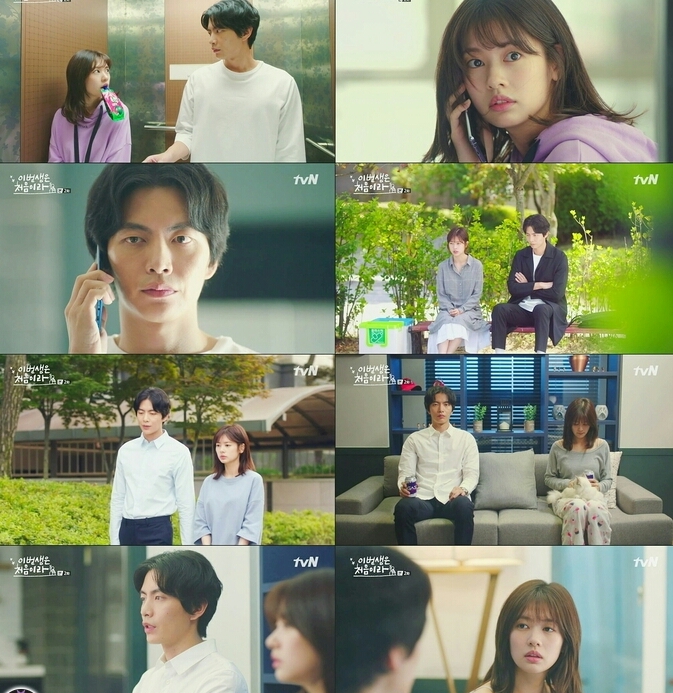 Is it worth watching?

Yes! I definitely enjoyed Because This Is My First Life premiere episodes, owing to the premise of two people who decide to get married when they initially thought they are less likely to fall in love with each other. The portrayal of the main leads is delightfully addictive that you can’t wait to see him break his eccentric routines, and eventually live and love like what normal people do.

The driving force of the plot is so far not how the conflicts will unfold, but what perplexing choices the lead characters will decide as they take on the consequences of their sudden let’s-get-married outburst. We got a reliable secondary cast for support, and from the looks of it, their side love stories will add up to the already beaming ambiance of the story. 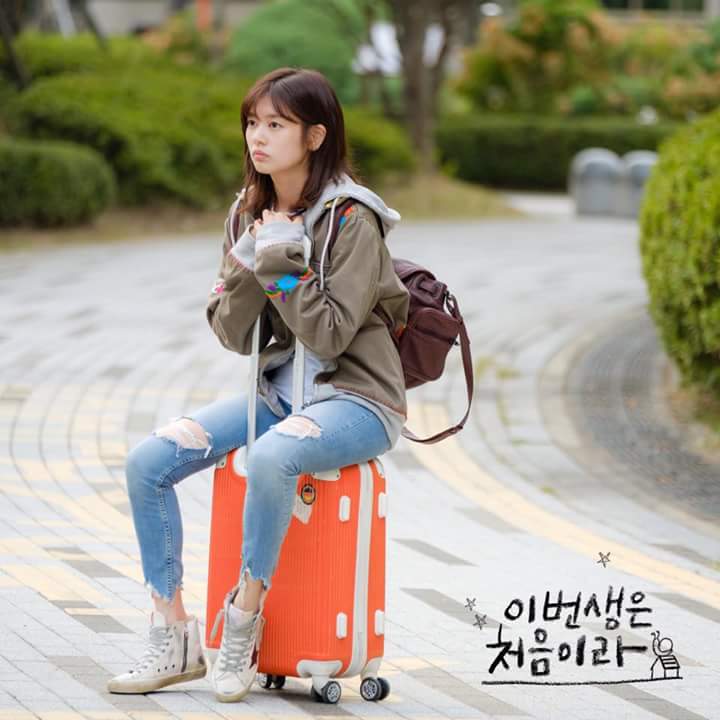 The comforting tone of the adorable narrative would most likely appeal to adults in late 20’s to 30’s since the storyline binds career and love problems. I got hooked by the vibrant depictions of the main cast and the simplicity of the plot. The screenplay is also thought-provoking with life-pep talks that the lead love couple has so far disclosed.

Because This Is My First Life pleads a captivating love ride on its get-go week. Make sure to include it on your watch list.