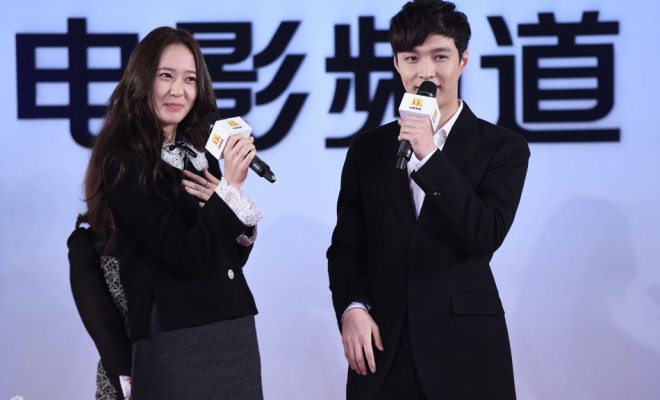 f(x)’s Krystal and EXO’s Lay will be pairing up in the forthcoming Korean-Chinese film Biyeon. The two main casts recently attended the movie’s press conference in Beijing on December 18, where they revealed a little bit about their ideal type preferences. 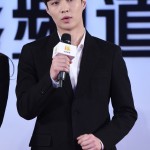 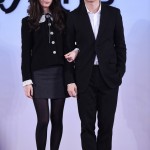 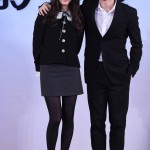 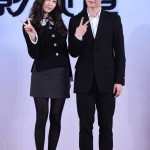 Lay unveiled that he expected his girlfriend to have long hair, be kind-hearted, respectful of parents, “love me more,” and “mutual trust is the most important thing in a relationship.” He relayed that he did not mind a transnational relationship, and further expressed different types of growth environment would bring interesting experiences to the couples.

Meanwhile, Krystal emphasized on similar personality traits, hoping her another half to share alike interests with her. 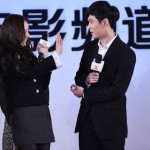 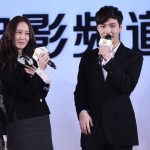 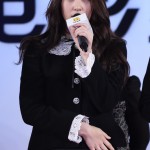 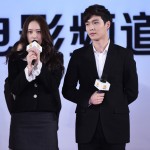 Biyeon is expected to hit theaters in the second half of 2016.