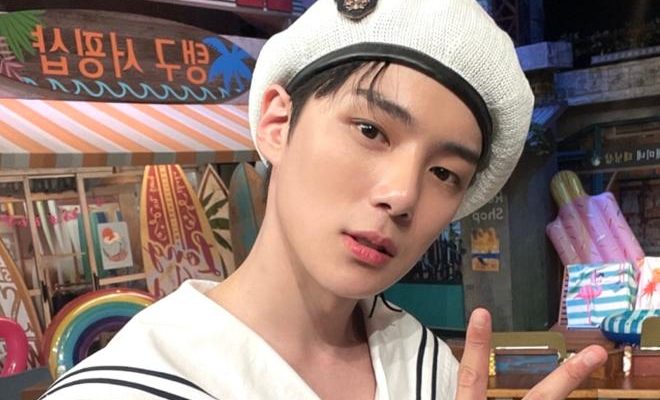 Minhyuk is once again dominating the entertainment industry!

There really is no stopping MONSTA X’s Minhyuk in boasting his humor and wit as he decorates the second summer special of Amazing Saturday.

On August 7, the Vogue Ship Show host heralded an exciting Saturday night along with 2PM’s Wooyoung, (G)I-DLE’s Miyeon, and Kwanghee. Fit for the career experiences of the four, the theme for the episode of Amazing Saturday is “music show hosts.”

In particular, Minhyuk had his share in the entertainment industry as an MC in a music show. Minhyuk hosted SBS’ Inkigayo with NCT’s Jaehyun and APRIL’s Naeun from October 20, 2019 until February 28, 2021. 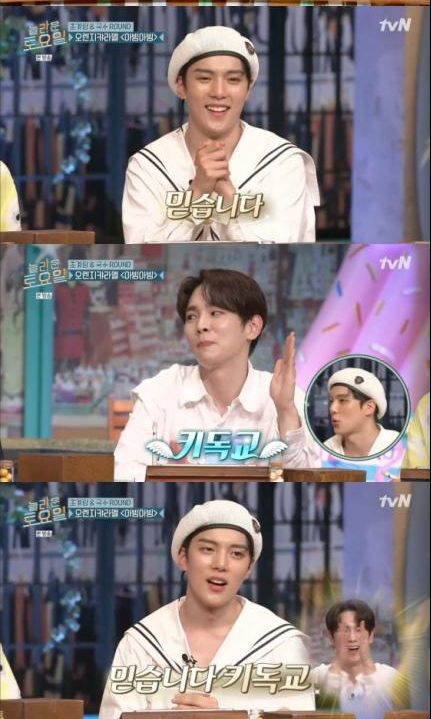 Showing off his cheerful personality, Minhyuk appeared in the set with a marine look. Earlier, the resident sunshine revealed photos of his harmonious beret and marine outfit that visibly boosted the idol’s freshness. His warm visual perfectly blended with the cool summer theme.

Minhyuk successfully met viewers with a pleasant charm by smoothly displaying his great sense of entertainment through the dictation problems in the program.

Specifically, he expressed how enjoyable the filming for the episode was that he even felt like he did not come for work, but just to have fun. “If I have a chance to come back, I would like to be with the other members of MONSTA X,” Minhyuk expressed through his agency, Starship Entertainment.

Minhyuk really knows what’s going on and he definitely learned who to rely on. During the summer special episode, viewers witnessed how strong Minhyuk’s belief was that Key is always right. 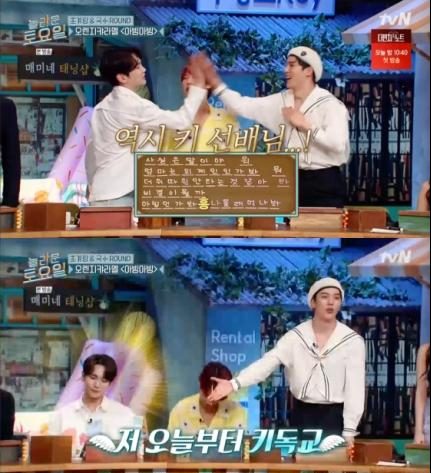 Particularly, when Key failed in his first attempt in solving the dictation problem, the One Of Those Nights singer insisted on using the “Initial Consonants” hint. Minhyuk, then, expressed his observation while being an avid viewer of the show.

“I always see him say ‘This is not right,’ and at the end everything really is right, Key will say ‘See? I told you it’s not right,’” Minhyuk said, making the other members laugh in agreement.

Meanwhile, Minhyuk has been making his name known in the entertainment industry as an impressive host with an unrivaled wit and humor. He has been a solo host for Naver NOW’s Vogue Ship Show for over a year now.

Additionally, he becomes one of the fixed cast for Our Neighborhood Class and returned for season 2 of Back to the Idol alongside Super Junior’s Eunhyuk.