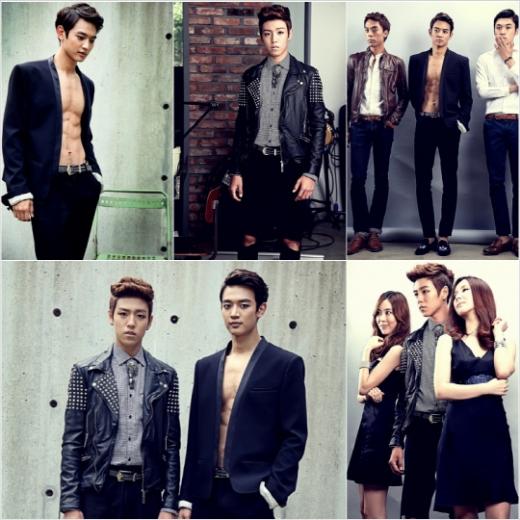 New changes in To The Beautiful You

In some snapshots, Minho attracts the attention of the viewers once more by exposing his abs. In the episode of To The Beautiful You, Tae Joon played by Minho, shows off his nice body and manly look with Lee Hyun Woo during a fashion show.

The series is now getting ‘hotter’ because Kim Woo Bin will be the character that will heat up the love triangle between Minho, Sulli, and Lee Hyun Woo. Kim Woo Bin conducts a fashion show and Minho and Hyun Woo participates as models. People are used to Lee Hyun Woo’s jolly image but this time a changes occur as he show off a manly look in a leather jacket and with heavy eye make-up.

Are you guys excited about it?