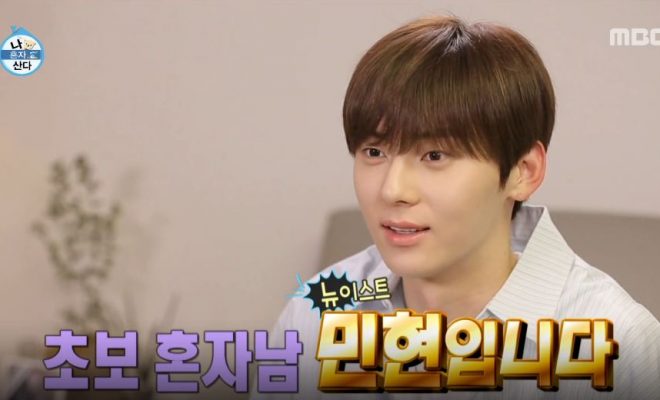 A glimpse of Hwang Minhyun gloriously keeping his place spic and span will entertain not just his fans, but casual watchers.

According to Nielsen Korea, the guesting of Hwang Minhyun on I Live Alone ranked first on its time slot on May 3. In the episode, the former Wanna One member and NU’EST mainstay opened the door of his apartment to present his life as a young bachelor. 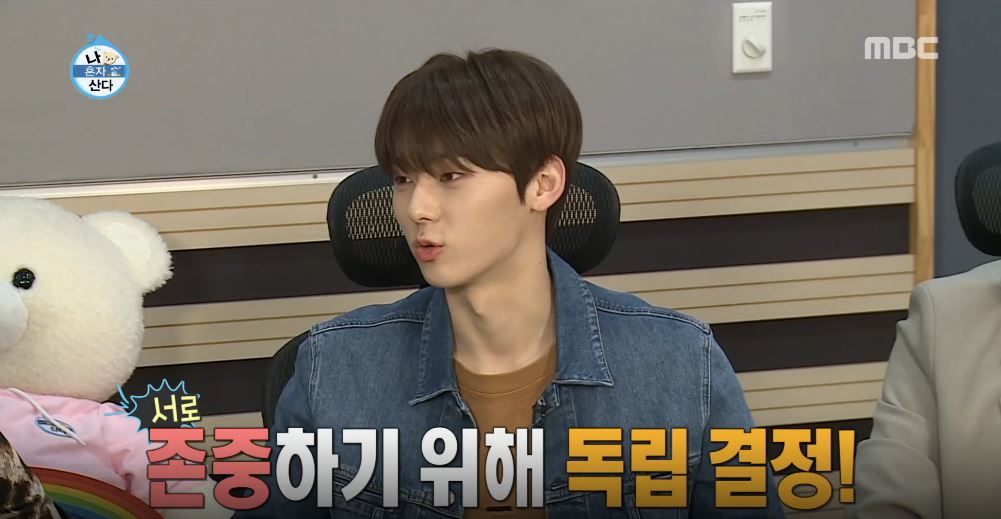 Known for his tidy living, the handsome idol kicked off his day by presenting his passionate housekeeping. His cleaning formula is orderly and without room for error. For the talented singer, cleaning seems to be a form of art that boosts him to thrive well.

Finding small happiness in his daily life, the sight of a neatly fixed bed and aligned drinks inside the fridge makes the NU’EST member happy.

His organized living extends to the arrangement of things in his house. He clusters the magazine, television remote control in sequence. Additionally, the sofa throw pillows also follow a color-coded rule. 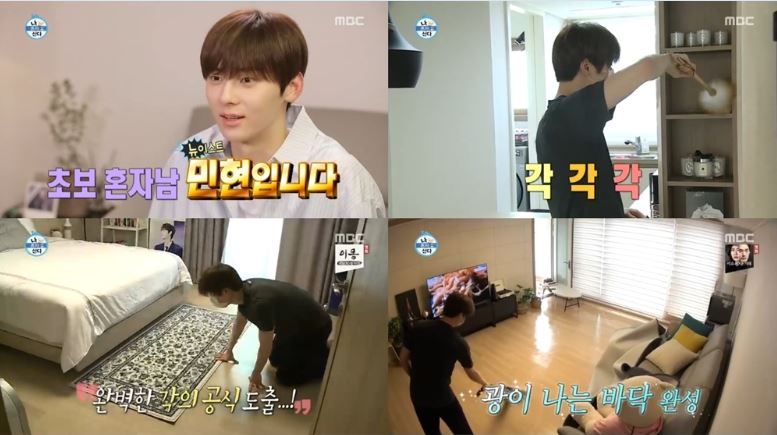 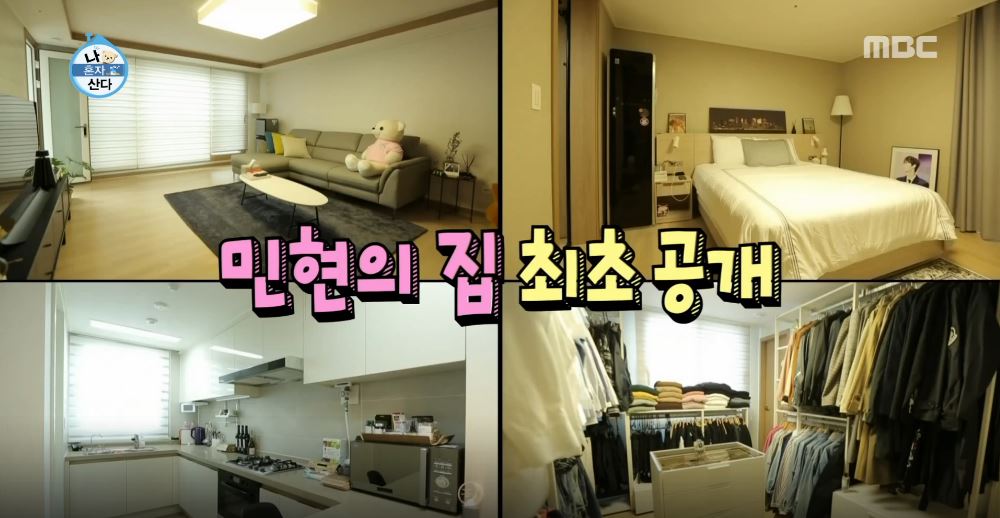 Confessing he is not good with activities that creates something using his hand, he struggled to assemble a shelf he bought for his books. After thoroughly cleaning up his apartment, he prepared for a date. A quick “shower scene” fan service was also thrown in by the show, starring Minhyun exercising his vocal chords to a sweet tune.

Since moving to Seoul, he has been living with NU’EST members, before also joining the Wanna One dorm while promoting as its member. It has been three months since Hwang Minhyun got a place of his own after living in a dorm for almost nine years. Picking up his mother at Seoul station, they went to Dumulmeori to unwind. While driving, his mother revealed in passing how she can only see her son once or twice a year. 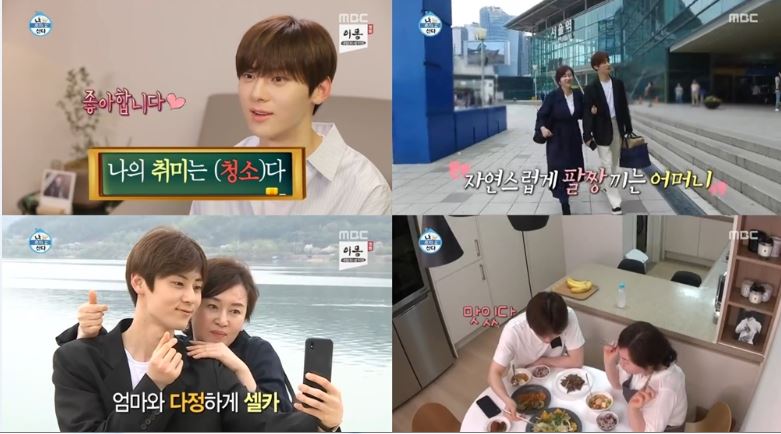 The area is famous as a filming site of the drama She Was Pretty. Minhyun, who is friends with the lead actor Park Seo Joon, sent a message of where he is having a date with his mom, to which the kind hyung slightly felt embarrassed.

After the cafe date, where Minhyun’s mom lovingly stared at her grown-up son, they visited a garden store for some ornamental plants to buy. While sipping their drinks, Minhyun’s mother revealed how she regrets not being able to experience raising him in his adolescent years because of his idol group activities. Assuring his mother that he has been doing well, the singer confessed how indeed he had experienced hard times but he withstood it well. Opting not to call her mother about it is something he still will do in the future, because he knows that it will break his mother’s heart.

Later, they went back to his place to re-pot the plants they purchased. Additionally, they shared a hearty meal together. 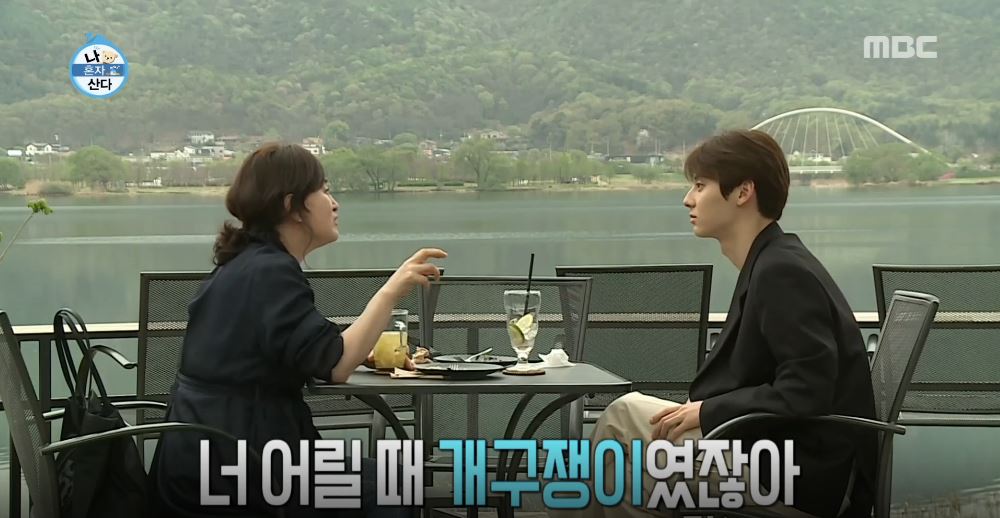 Hellokpop, as an independent Korean entertainment news website (without influence from any agency or corporation), we need your support! If you have enjoyed our work, consider to support us with a one-time or recurring donation from as low as US$5 to keep our site going! Donate securely below via Stripe, Paypal, Apple Pay or Google Wallet.
FacebookTwitter
SubscribeGoogleWhatsappPinterestDiggRedditStumbleuponVkWeiboPocketTumblrMailMeneameOdnoklassniki
Related ItemsHwang Minhyunhwang minhyun i live alonenu`est minhyunNU'EST
← Previous Story Chungha And BVNDIT To Showcase Sisterly Dynamic On “Idol Room”
Next Story → Bae Jin Young Tells C9 Entertainment Trainees On “Produce X 101” To Be Confident