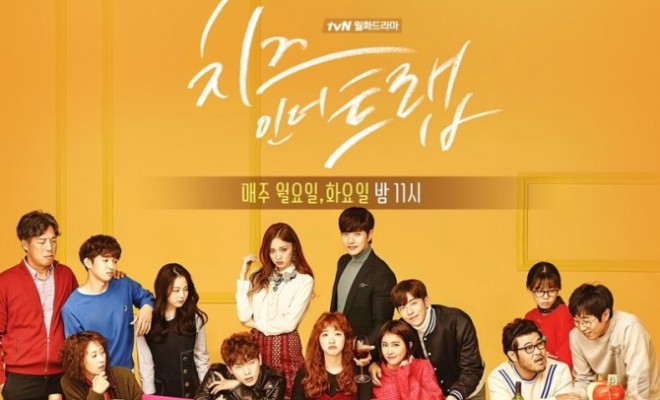 Which Drama Is Enjoying Great Popularity In China?

The tvN new drama Cheese in the Trap is stealing viewers’ hearts in China!

It is reported that the drama’s fifth and sixth episodes aired on this Monday and Tuesday raked in a whopping 350 million and 400 million views respectively on Weibo, proving its increasing fame in China.

It is noted that China paid a record-breaking $2 million to buy the rights of the drama from tvN. Meanwhile, the two largest online video websites Youku and Tudou bought it at $125,000 per episode.

It is likely that this drama will be topping many charts in the near future.

Hellokpop, as an independent Korean entertainment news website (without influence from any agency or corporation), we need your support! If you have enjoyed our work, consider to support us with a one-time or recurring donation from as low as US$5 to keep our site going! Donate securely below via Stripe, Paypal, Apple Pay or Google Wallet.
FacebookTwitter
SubscribeGoogleWhatsappPinterestDiggRedditStumbleuponVkWeiboPocketTumblrMailMeneameOdnoklassniki
Related ItemsCheese in the TrapChinaKim Go EunPark Hae Jinweibo
← Previous Story Tao Confirmed To Join Jackie Chan In New Movie
Next Story → ‘Moorim School’ Starring Lee Hyun Woo And VIXX’s Hongbin To End Early With Lesser Episodes