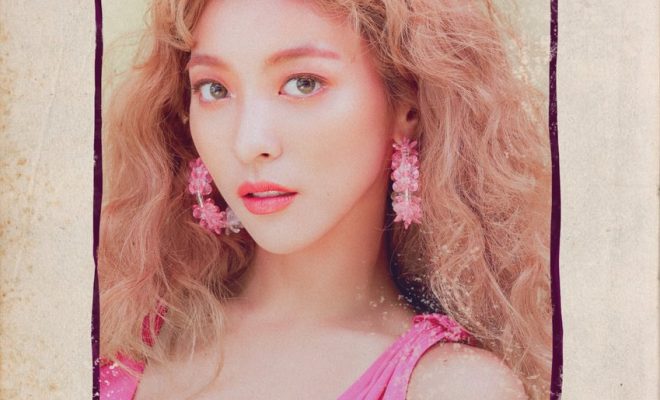 Luna To Embark On A “Fragrant” Solo Concert This May

Mark your calendars, MeU’s! Luna is raring to take the stage for her very first solo concert this May.

f(x)’s Luna is gearing up to serenade South Korea with her first solo concert! Get ready to witness the singer’s unique vocal prowess as she takes the stage as a solo artist this May. 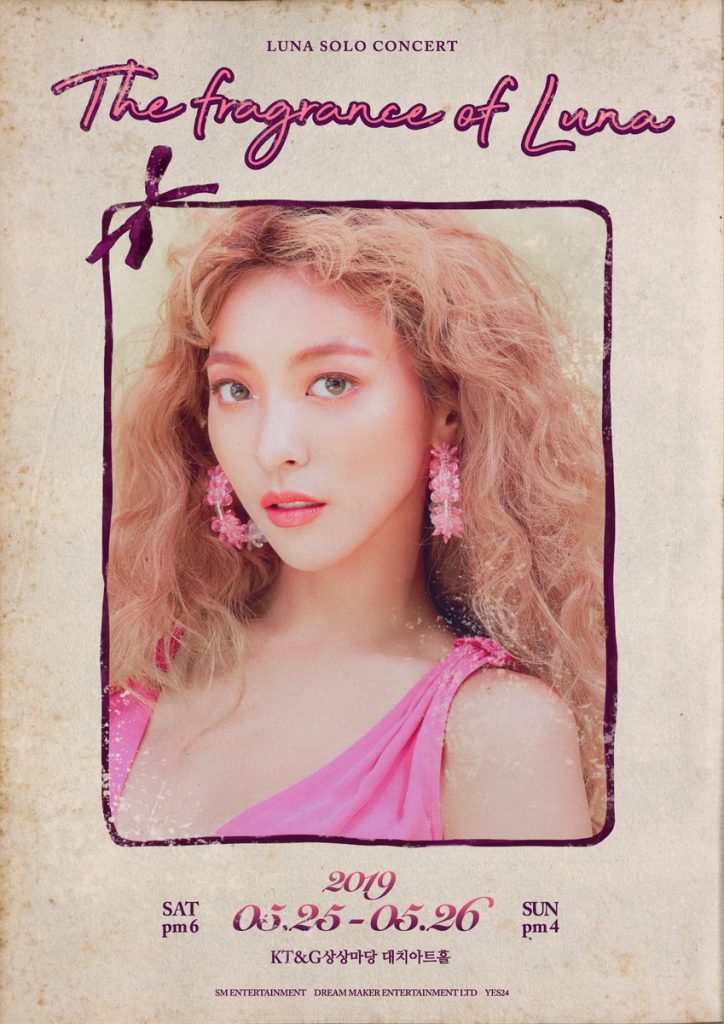 Her solo concert, titled The Fragrance of Luna, will be taking place on May 25 and 26. She will be performing at the KT&G Sangsangmadang Daechi Art Hall in Seoul. The May 25 show will start at 6PM KST, and the May 26 show will begin at 4PM KST. Tickets will be available on YES24 on April 29, 8PM KST.

MeU’s and music fans can look forward to Luna showcasing her charming vocals and equally colorful stages! Given her versatility as an artist and her fabulous showcase, fans are definitely looking forward to witness what she will be bringing to the stage.

Prior to this concert, Luna has been gaining traction as a powerful soloist. Luna has serenaded K-Drama fans with her work for different soundtracks. She also rose to the top with her Free Somebody EP in 2016, and showcased her vocal power through “Even So” in 2019.

Luna has also showed her acting talents through musicals. In 2011, she starred as Elle Woods in Legally Blonde: The Musical. She also portrayed Nina Rosario in In The Heights in 2016. Recently, she portrayed Scarlett O’Hara in Gone With The Wind in 2018, and Sophie in Mamma Mia! in 2019.

Hellokpop, as an independent Korean entertainment news website (without influence from any agency or corporation), we need your support! If you have enjoyed our work, consider to support us with a one-time or recurring donation from as low as US$5 to keep our site going! Donate securely below via Stripe, Paypal, Apple Pay or Google Wallet.
FacebookTwitter
SubscribeGoogleWhatsappPinterestDiggRedditStumbleuponVkWeiboPocketTumblrMailMeneameOdnoklassniki
Related Itemsf(x) lunaThe Fragrance of Luna
← Previous Story Hyolyn Sets To String Hype Performances In Malaysia Stop Of Her First World Tour
Next Story → TWICE Unveils Additional Details About Upcoming World Tour