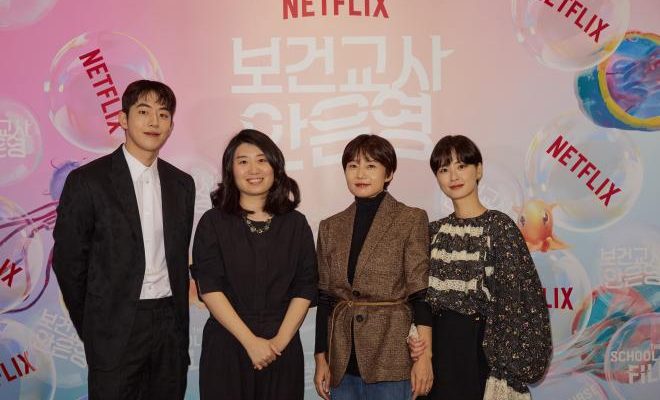 Greeting the domestic and overseas media people, the lead cast and creative team of The School Nurse Files marked enticing pitches on why the new Netflix treat is a must-watch series. 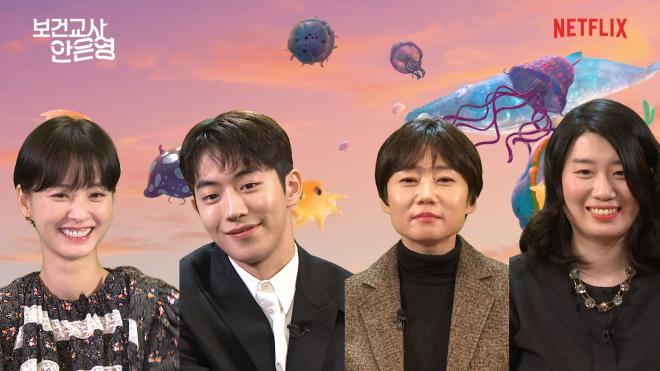 Highly-anticipated for its powerhouse artist and production team, the new Netflix original series drops all six episodes on September 25.

Before that, The School Nurse Files‘ team provided details on the fascinating story to be unraveled by the viewers.

A heroine with a common name but extraordinary life 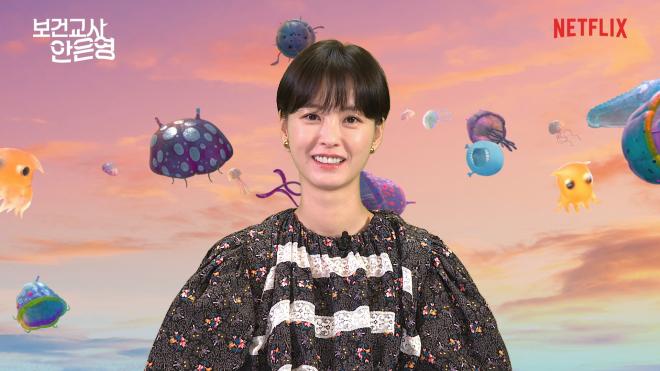 Jung Yu Mi was the top pick of fans of the original novel to take on the role. Armed with a rainbow sword and a BB gun, she has the extraordinary power to see mysterious contaminated jellies. Only she can defeat these strange incarnations of the vestiges of human desire. 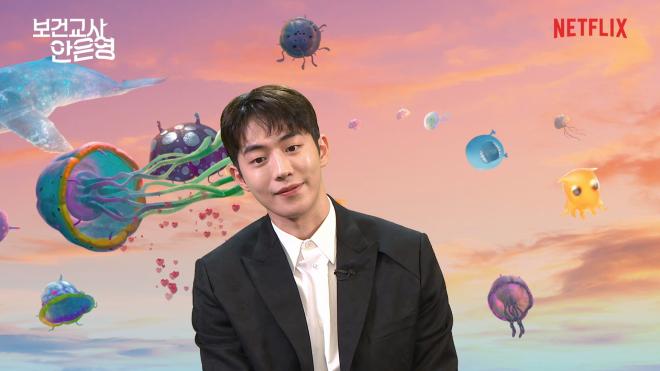 Defeating the bad jellies could surely drain the power of The School Nurse Files‘ heroine. Luckily, her personal super charger Hong In Pyo comes in to her rescue. As a human source of energy-replenishment for Eun-young, he is also a Classical Chinese teacher and the grandson of the school’s founder.

Portraying In-pyo is actor Nam Joo Hyuk. He describes his character to have a unique aura surrounding him, which recharges the school nurse’ energy. His partnership with Eun-young protects the school against bad jellies. 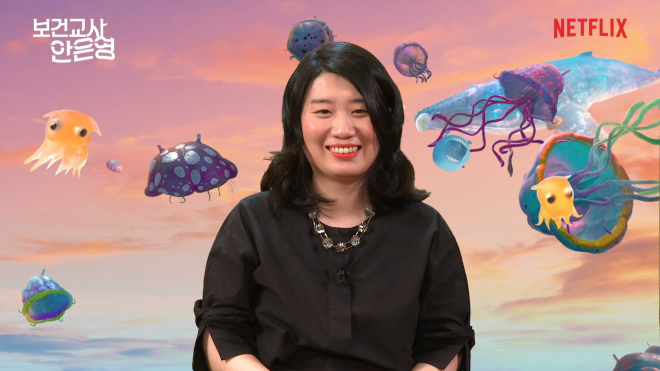 Writer Chung Se-rang affirmed her elation upon knowing that the focal character of The School Nurse Files will be played by Jung Yu Mi. Conveying the role is just rightly made for her, she also expressed happiness on the perfect casting of the main leads. In fact, she still can’t believe that the pairing she envisioned is right in front of her.

To that, the lead couple answered the question on how they approached their characters upon reading the script. Jung Yu Mi narrated how the quirky story coupled with the subjects featured, and the warmth of its message drew her attention. She felt honored playing the role and can’t wait to see the fulfilment of its live action. Adding to that, she hopes to touch the viewers’ hearts like how the novel did to its readers.

Responding to the same question, Nam Joo Hyuk said how he found the material fresh. Along with that, he felt challenged to take the role of Hong In-pyo and bring colors to it. He was also excited to work with Director Lee and the rest of the creators of the series. 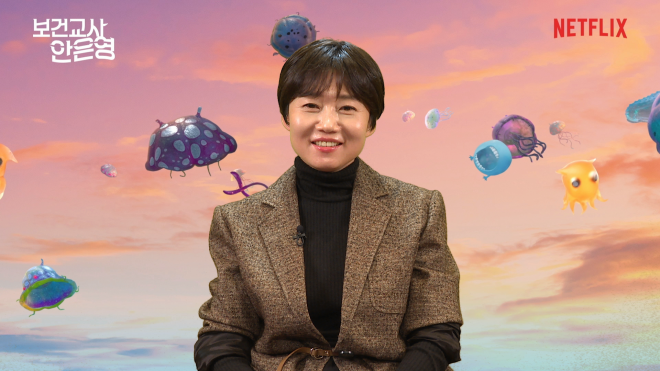 Aside from that, celebrated top-tier actresses Lee Young Ae, Gong Hyo Jin and Son Ye Jin also anticipate the work of Director Lee with whom they worked before previously. Feeling grateful for the support, the director relayed how she called and thank them all personally.

Proving the trust she has created with former actors she collaborated, Director Lee explained the process of bringing to life the imaginative premise of The School Nurse Files. She reveals one of the reasons why she agreed to take the series is because of her awareness of the novel’s fanbase. Admitting the burden of not disappointing its followers, she relayed enjoying the process of traversing the limitless world of the story.

Adding to that, it also gave her an experience to see the world created by another writer as she used to work alone on her films before. That is something new for her.

She added how she took on the concept of jellies to be highlighted in the series. Furthermore, she also cited the effort to create a series that would make the viewers feel the urge of wanting to see it more.

Answering some queries from the press, the main actors confessed a comfy working environment prior to the actual filming. Jung Yu Mi recognized Nam Joo Hyuk for being quick-witted and creative to the facets of his role.

Returning the praises from his partner, the actor mentioned how he felt it was the other way around. He confessed that through following her lead, they were able to make an amazing synergy. Striking a profound meaning to his role of giving power to someone who needs it to protect someone, Nam reveled at the experience of playing his character. 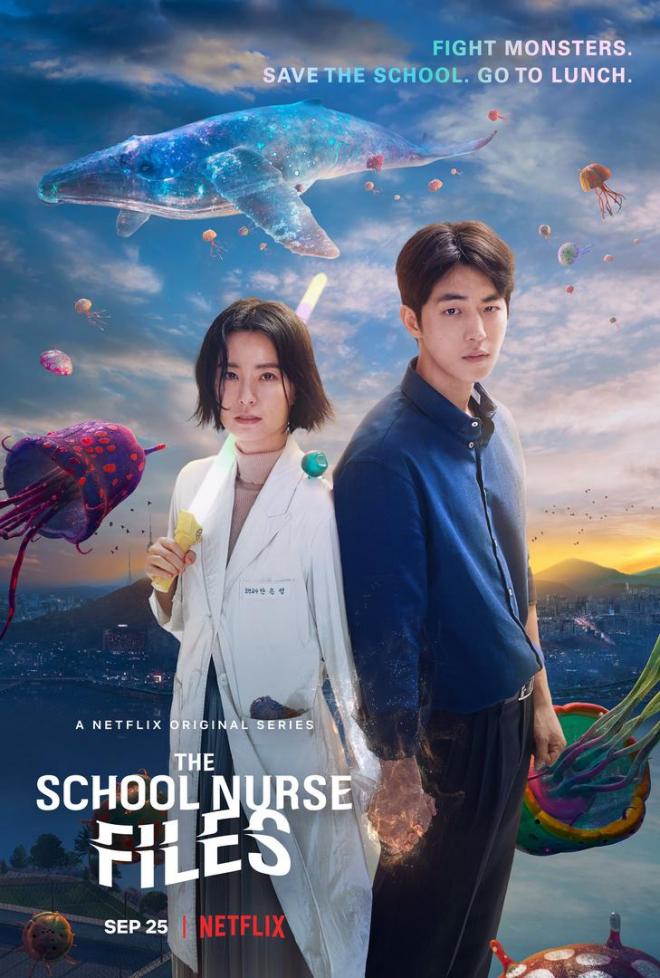 Brimming with ingenious ideas, The School Nurse Files also aims to impart heartening messages that speaks of valor, compassion and hope to over 190 countries worldwide.

A school nurse and Classical Chinese Literature teacher are characters not common in K-Drama landscape. Eun-young’s selfless goal to protect the school with her ability encouragingly speaks about kindness that knows no bound.

Elaborating on the characters, Director Lee mentioned how the series aims to lighten the load of viewers who are feeling emotionally tired. Through Eun-young’s character, they can be fueled to not give up. At the same time, In-pyo’s power charger function to Eun-young can hopefully comfort people in their lives. 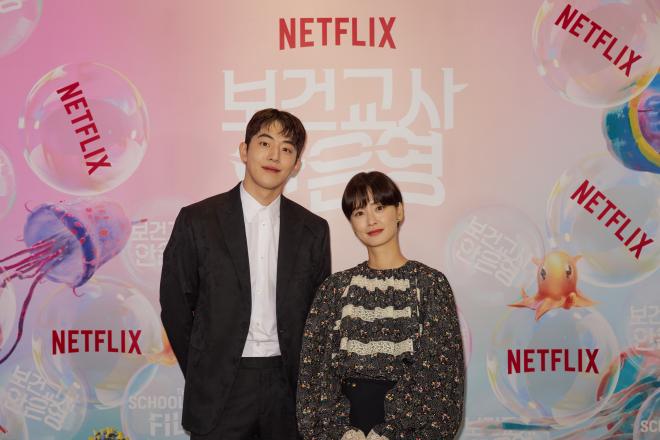 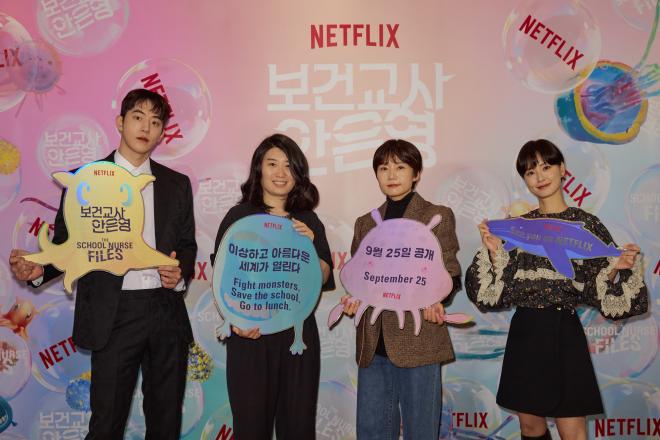 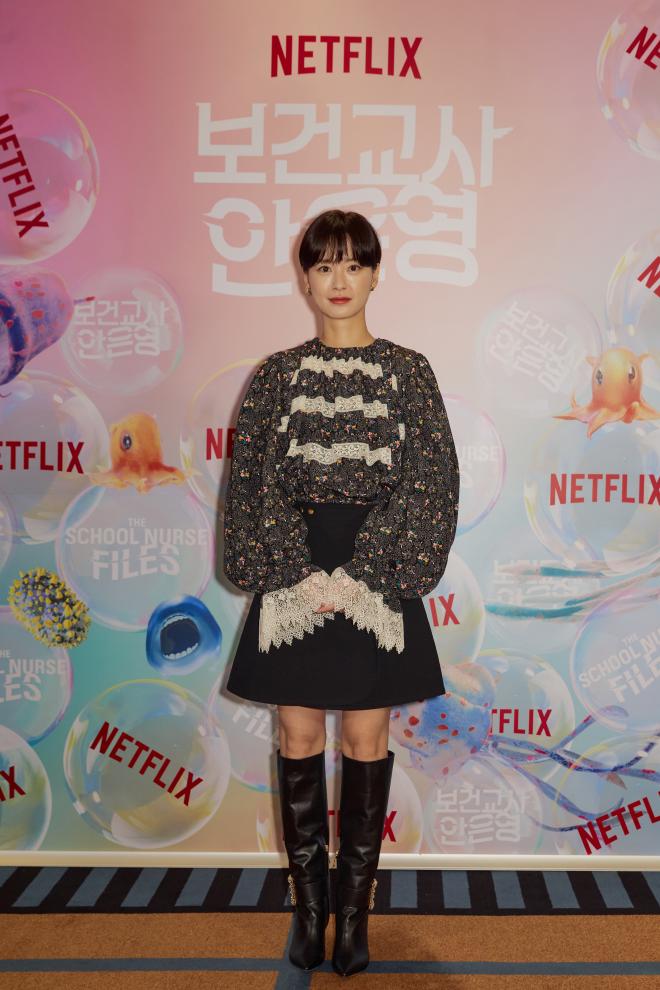 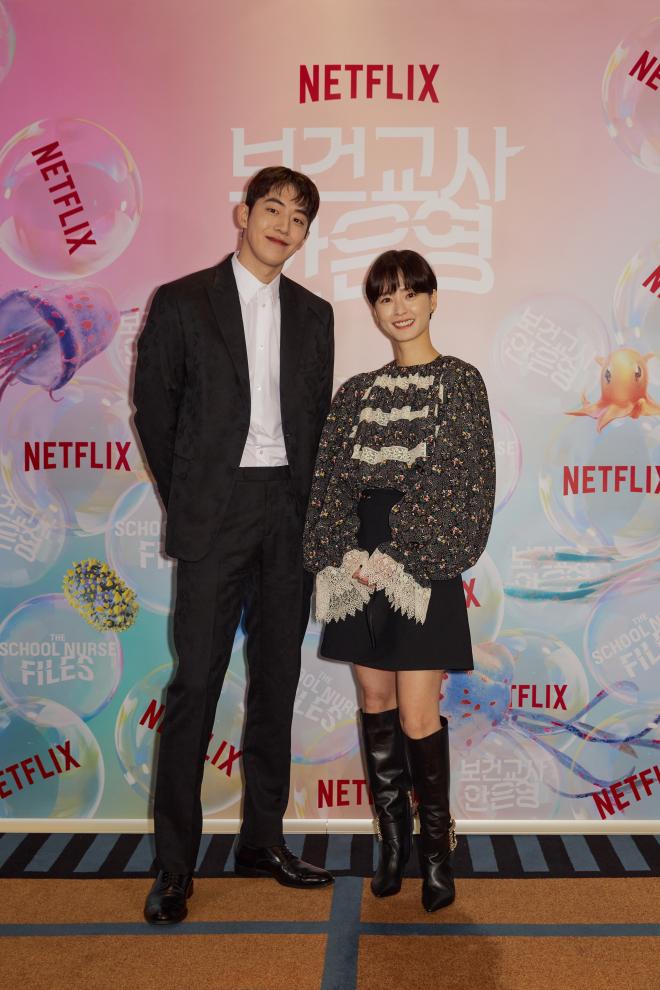 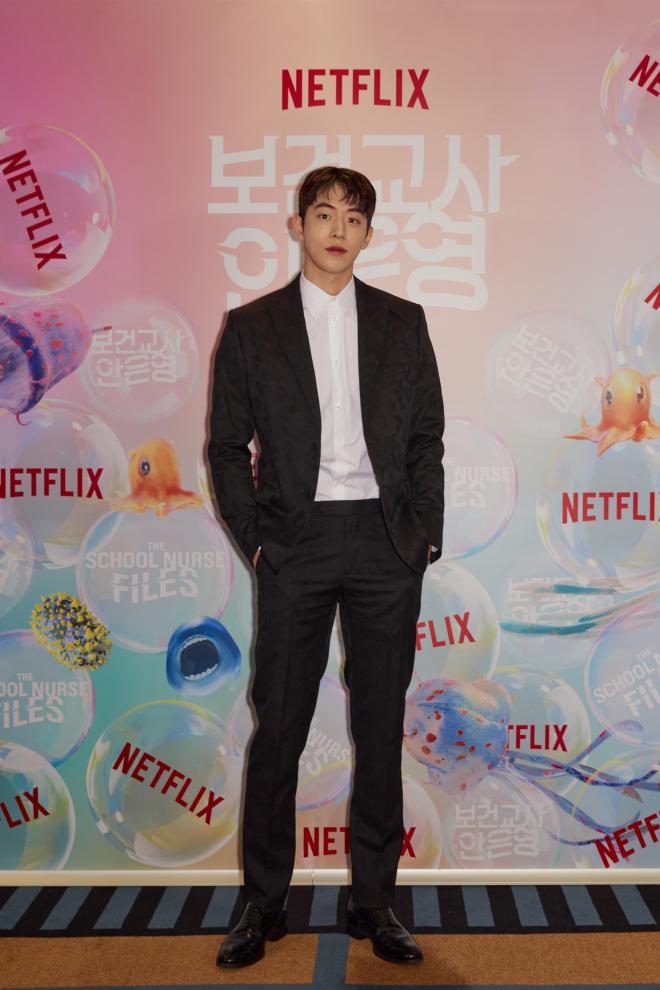 Hellokpop extends gratitude to Netflix for the media pass to cover the online media conference of The School Nurse Files.