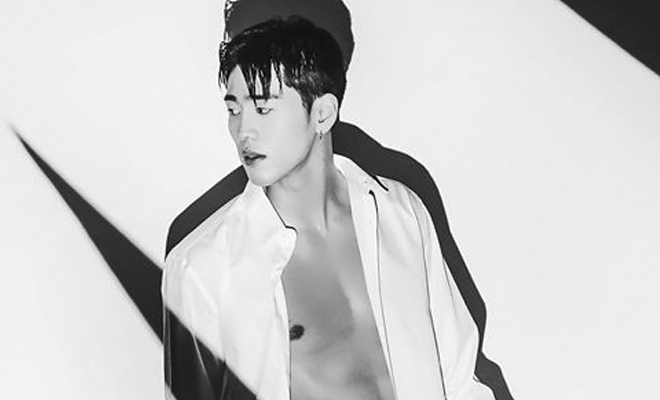 R&B Artist OWOL Talks About His Music, ‘Nuna’, Challenges From An Idol Group To A Soloist

For you to know OWOL better.

There is yet another talented artist from South Korea named OWOL, who has been breaking through the barriers of popular idol group themes and catchy dance steps.

Last month, he officially made a comeback through his single titled Nuna, featuring MICRODOT from the reality program ‘Show Me The Money’.

The new song has since landed him in R&B limelight, with more and more K-Pop fans tuning in to another musical style and genre from Korea. Like all his fans and R&B music aficionados, we fell in love with his music and the story of the song, to which some male listeners can seriously relate to.

Earlier on, we got the privilege to interview him, as well as know him through his new song – Nuna.

Q: Why did you choose OWOL as your stage name?

A: OWOL in Korean means May (the month), which is my birth month. I got the idea from The Weeknd, who is one of my favorite artists. I really like his stage name. I wanted my name to play on words that point a certain time of the year, and the business team helped me pick this name.

Q: Did you face any challenges or noticed any differences while transitioning from being an idol group vocalist to a solo artist?

A: I liked being in an idol group, but becoming a solo artist after a long time of being in a group is hard. There’s a lot of responsibility that falls on a solo artist.

In an idol group, every member is given a designated role (rapper, main vocal, sub vocal, etc.) and they work together to create a performance. A solo artist has to do that all on his own, as well as perform on his own. And performing onstage by yourself puts more pressure than being on stage with other members.

Q: Why did you choose R&B as the genre of your music? How would you describe your musical style?

A: A lot of the music I listened to growing up was R&B, and I still listen to it a lot. I don’t want to be tied down to just one genre though. Up until now, I’d say that my music style blends hip hop, R&B, soul, and even some trap. But I want to experiment with the other genres as well in the future.

Q: Did you dream to be a singer back then? What made you pursue it?

A: Originally, I wanted to pursue acting. My brother ended up being a trainee to become a singer when I was a lot younger, and that made me experiment with music a little bit more. Then I learned more about music, and it became my passion.

Q: Who are some of your greatest musical influences?

A: I would say my top musical influences are Chris Brown, Usher, James Brown, and Michael Jackson. They weren’t just singers – they were performers. They have made some really great songs, but were also icons in dance. All of them are/were great dancers, and I want to be able to perform just like them.

Q: Who are the artists you want to work with in the future?

A: There are so many artists I’d like to collaborate with! In Korea, I’d love to work with hip hop artists like Zico and Beenzino, and also Jay Park because I think his performance and music style are similar to mine.

But I’d also like to work with western R&B female artists one day, like Tinashe, Rihanna, and Khelani.

Q: The track NUNA is an emotional song which talks about a “nuna” who has multiple relationships. Do you feel any relation to the song or have you had personal experiences similar to the story?

A: So the story in the “Nuna” lyrics is that this guy is in a relationship with a nuna, who is popular, pretty, and is just a prize girl that any guy would love to have. This nuna knows this, and she’s also giving attention to other guys as well, instead of just her boyfriend. The guy/boyfriend, knowing all this, chooses to stay with her anyway, and continues the relationship.

I definitely have a relation with the lyrics of this song because I wrote them based on a past experience. It’s actually a story of a part of my life.

Q: As a guy, what are your thoughts on that kind of Nuna?

A: Well, the nuna described is obviously popular and attractive, but not a “good” person, which can be seen through her actions with other guys. She’s being sneaky and unfaithful, and I don’t think anyone wants to actually be in a relationship with someone like that.

I think there’s a message that needs to be said here – that no matter how much you like someone, how they treat you and how honest they are with you is also important.

Q: If you will be in a relationship, do you prefer a nuna or a dongsaeng? Why?

Q: What qualities do you look for in a woman/girlfriend?

The new single album is available for purchasing and streaming on selected sites, courtesy of KT Music. You can also download from the following links: Melon, Genie, Mnet

Special thanks to Caroline Kim of CHITWN Music for the interview and video shoutout of OWOL to Hellokpop.