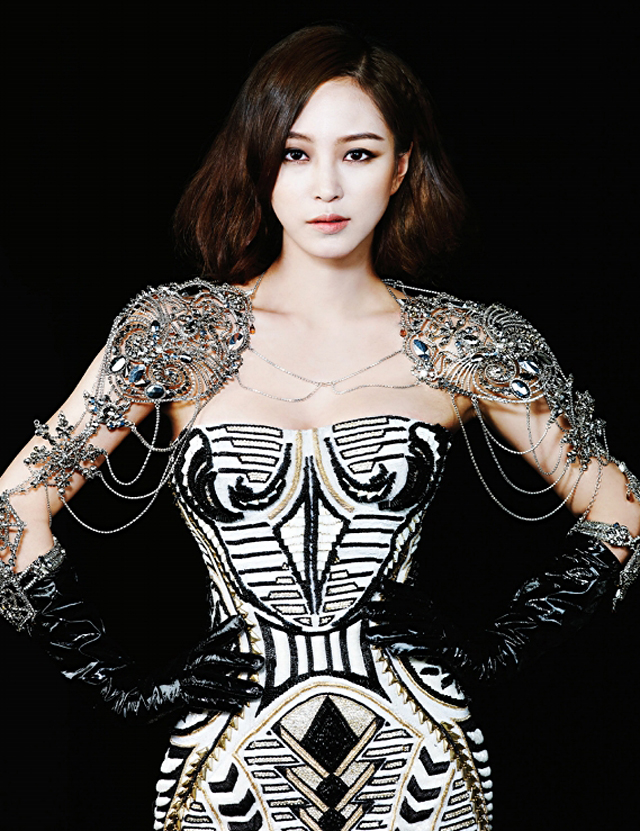 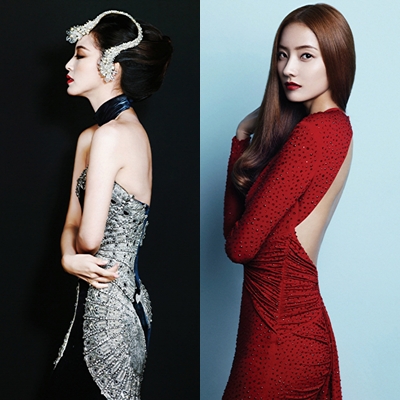 The first photo captured a side shot of Han wearing a velvet navy gown plated with metallic material. She wears a matching pearl-beaded head piece in the shape of an upside down ‘U’.

A second photo features Han wearing a veil with a black dress decorated with black gems. She completes the outfit with a violet-colored necklace. In the next picture, she is seen wearing a black lace dress with a dangling headpiece. Han wears a draping hot red dress with gems and a feathered headpiece in the fourth picture.

She is then seen wearing a green veil with a white dress adorned with blue gems. Last but not least, Han wears a strapless black-and-white sequin dress, glossy black gloves, and metallic shoulder plates.

In the third photo, she is seen wearing a dark blue-and-silver sequin top and blue high waist skirt while sitting on top of a vintage television box. The last photo displays Han wearing a black-and-gray top with a simple black belt and plaid skirt. Han Chae Young exhibits an elegant image as she poses nonchalantly with straight brown hair and hot red lips.

Check out the pictorial images for Han Ye Seul and Han Chae Young below: 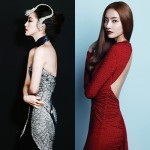 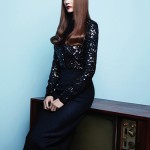 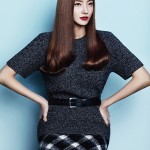 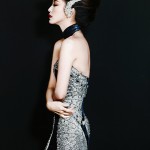 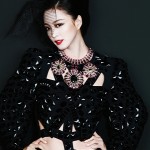 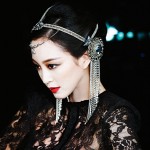 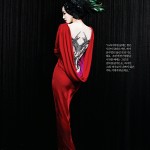 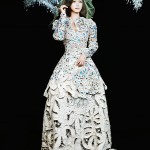 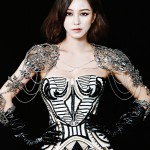 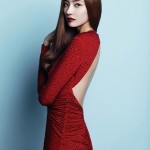 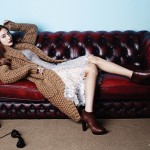