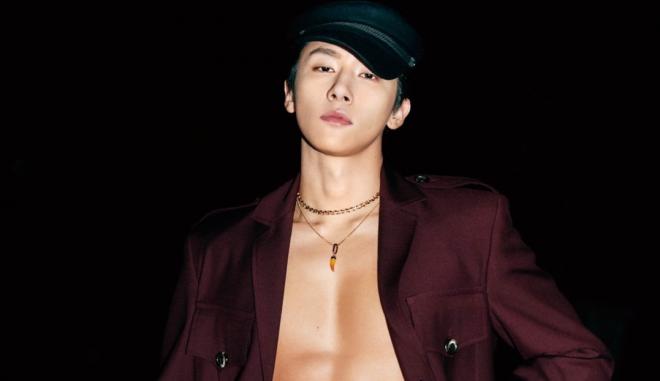 MONSTA X’s I.M embodies the phrase “I AM WHAT I AM” as he spotlights his raw charisma in the latest pictorial for Arena Homme+!

MONSTA X’s I.M revealed his bold and beguiling style in a pictorial for the March issue of Arena Homme+ magazine. The rapper takes breaths away with his sultry expressions and power poses while being dressed in statement pieces.

It is undeniably hard to tell what is more pristine in these shots – the dark, gothic backdrop or the cool MONSTA X member, as in this case, the artist truly looks like art himself. 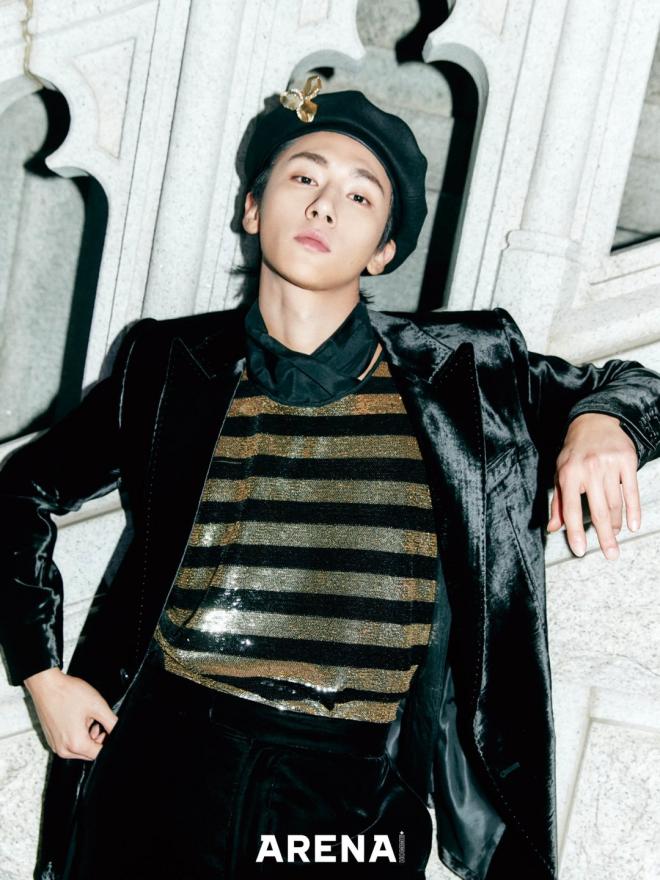 In an interview following the shoot, I.M spoke about his recently released album DUALITY. Talking about his approach while making music, he said, “If the MONSTA X songs feature strong sounds that capture everyone, my color is more calm and groovy. I’m usually quiet. In solo songs I try to make music that resembles my personality. The lyricism is not direct but metaphorical, and I use the expression ‘너’ rather than the expression ‘그대’”, he explained about his musical color.

Additionally, I.M revealed the reason why he chose the name of the album as DUALITY and its theme. He expressed, “Human beings have two sides. I don’t think that I have to center myself between me and the real me that everybody sees. In the beginning, I felt a sense of distance and worried a lot about it, but I don’t care anymore. If you’re confused about what kind of person you are, just admit it. Even if I think I’m not cute, if the fans see me as being cute, that’s me. Cute things, sexy things, cool things, not cool things, funny things, I think everything I do is just me.” 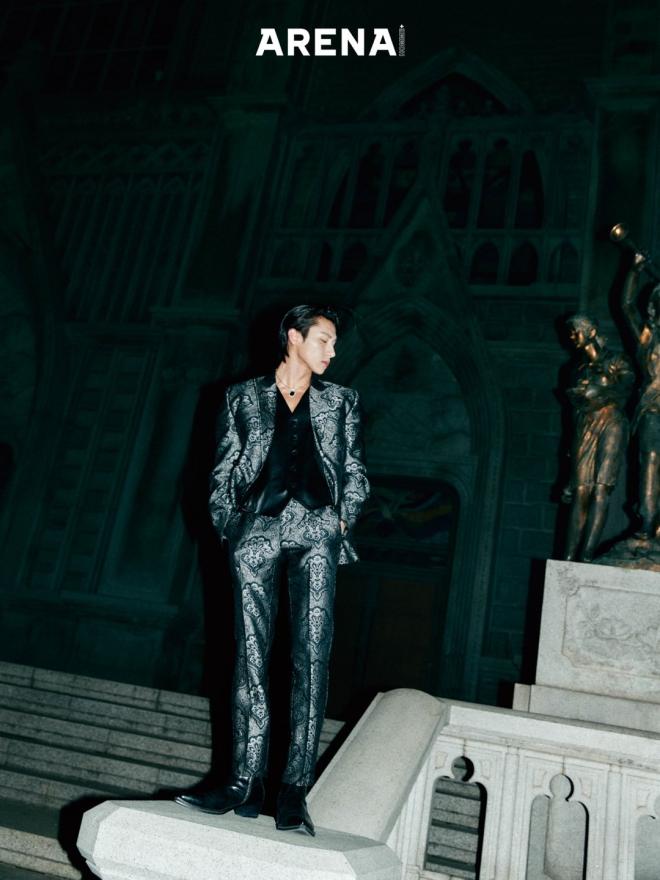 Delving into the deeper meaning of his moniker ‘I.M’, the all-round artist averred, “I know what I like, what I am good at, and what I want to do. But I don’t get too caught up in it and live as I am drawn to it. Sometimes you want to know yourself well, but you don’t. Since I am constantly curious, I try to turn those emotions I feel at the time into a song.”

Having collaborated with celebrated international artists such as ELHAE, Steve Aoki and will.i.am to name a few, when asked who he would want to collaborate with next, I.M replied, “Giveon Evans [because] there is a lot of depth in his vocals”. He further added that though he likes hip-hop he really adores jazz-based songs. He said this is because, “The rhythm of my life is somewhat like that”. 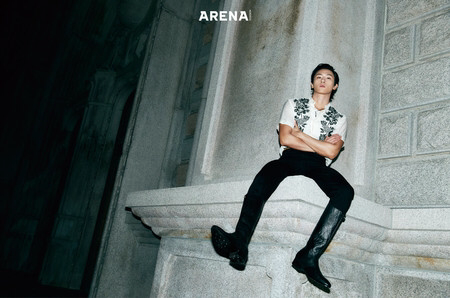 Opening about what kind of artist he wishes to be in the future, I.M stated that the idea of “I’m going to be an artist like this” seems to set him a frame. He explained, “I want to make what I felt at the time into songs, release what I want to release, like what I like, and be honest with myself.”

It is no secret that the charming MONSTA X maknae has lived in Boston, USA, and Israel as a child. He said, “My experience of meeting various friends from different cultures as a child made me not care much about anything”. 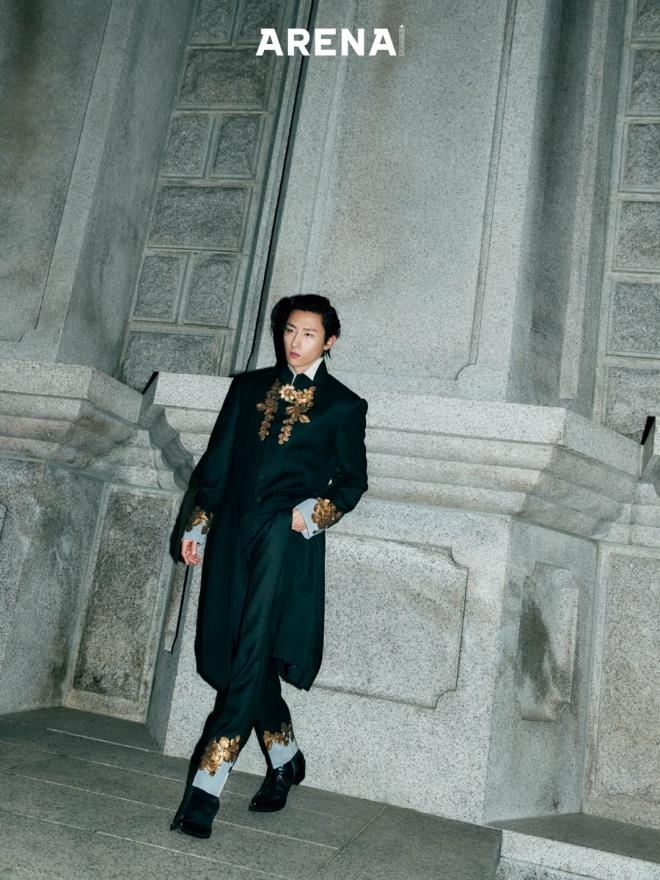 These moments helped shape him into taking on the role as the global leader of MONSTA X as well as sharpen his English skills to fluency. I.M has displayed his wit on various interviews with influential media outlets. He said, “I answer questions with a smile, but there are also mischievous or sharp questions. One such memorable question was, “Do you like going to clubs?” to which I answered “Yes, I love clubs. I love our fan club”.

MONSTA X has been taking on the title of being the global scene stealers with their stellar feats. So how did I.M feel when the COVID-19 situation broke out at the time when the group was winning internationally? “There is a virtue even in misfortune,” he revealed. The rapper said he took time to look back and work on himself. I.M revealed he also realized the value of his beloved fans.

I.M is the epitome of the word ‘supercool’ but to him the coolest thing is when, “You know how to blend with others, but retain your own color. I try not to lose my own color while getting along with the group. Each person has their own tone and manners. I think it’s the coolest when you are yourself while shining in your own color.” 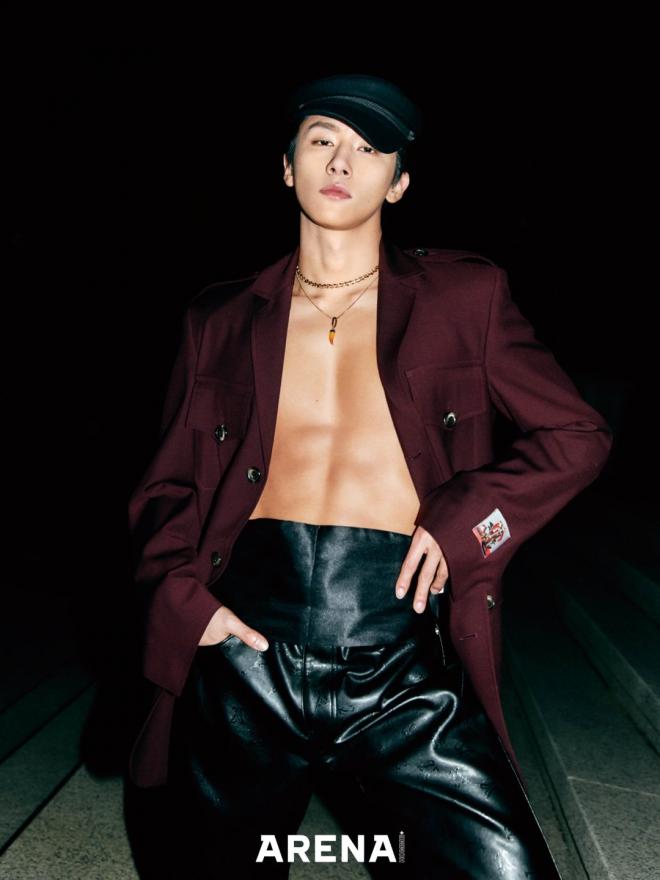 Finally, when questioned if he loved himself, I.M stated, “There are times when I love myself and sometimes I don’t. Everyone has a self-loathing side. Because everyone has a duality.”

Meanwhile, MONSTA X’s I.M’s full pictorial and detailed interview can be found in the March issue of Arena Homme+.