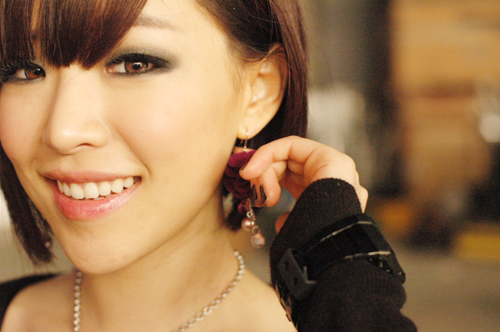 Ga In Under Police Investigation After Publicly Revealed Being Offered Marijuana

South Korea is taking serious actions on the use of marijuana or whosoever leads to, in this case, Ga In’s self-confession.

On Monday, Seoul Metropolitan Police Agency revealed they have started investigating Ga In after she claimed that an acquaintance has offered marijuana to her. They have visited the singer for a formal questioning over her claim. According to her, the acquaintance is a friend of her actor boyfriend Ju Ji Hoon. The man in question is now also under investigation.

On June 4, Ga In posted a screen capture of her apparent conversation with the man whom she identified as a friend of her boyfriend on her Instagram account. Her post might be sparked by the recent interest of marijuana use due to the current controversy that one of the most influential K-Pop group member BIGBANG’s T.O.P is currently embroiled in.

Accompanying the photo was a lengthy caption, fiercely accusing the man for offering her the illegal substance. “I almost accepted it, because my mind wasn’t in a good place at that time,” she wrote. She added that he offered her the illegal substance because of her relationship with Joo, who was involved in a drug scandal in 2009. The actor pleaded guilty to drug abuse of ecstasy and ketamine.

The singer then warned the man not to repeat such act. “This is my last warning, and if you do it again, I will destroy you,” she wrote. She added that she is already being treated with legal morphine. She is also not afraid of the consequences that her post might have caused to her image or career. She is also willing to undergo drug test every three months.

The use of marijuana is illegal in South Korea. Offenders are subjected to punishment of imprisonment by up to five years or a fine of 50 million won (US$44,326).