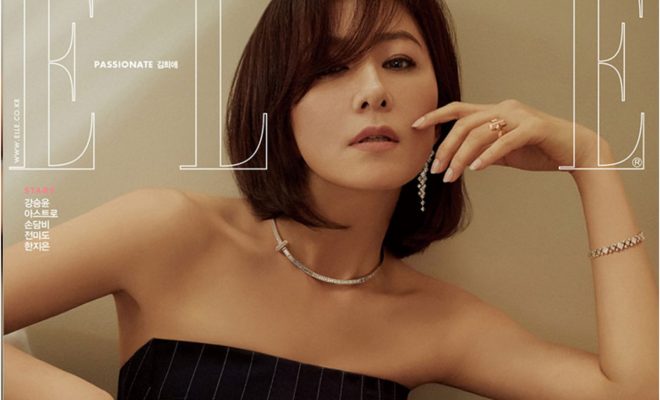 By Lilly | May 15, 2020
FacebookTwitter
SubscribeGoogleWhatsappPinterestDiggRedditStumbleuponVkWeiboPocketTumblrMailMeneameOdnoklassniki

On May 15, ELLE Korea posted the cover photos for its June issue which was adorned by renowned actress, Kim Hee Ae.

Currently the most talked-about actress in Korea, Kim plays the lead role of Ji Sun Woo in the jTBC hit drama The World of the Married.

In the cover photoshoot, Kim Hee Ae’s cuts appear like scenes from a movie as she poses with elegance. The actress’ glamorous look is further enhanced by the bold styling of her outfit and make-up. 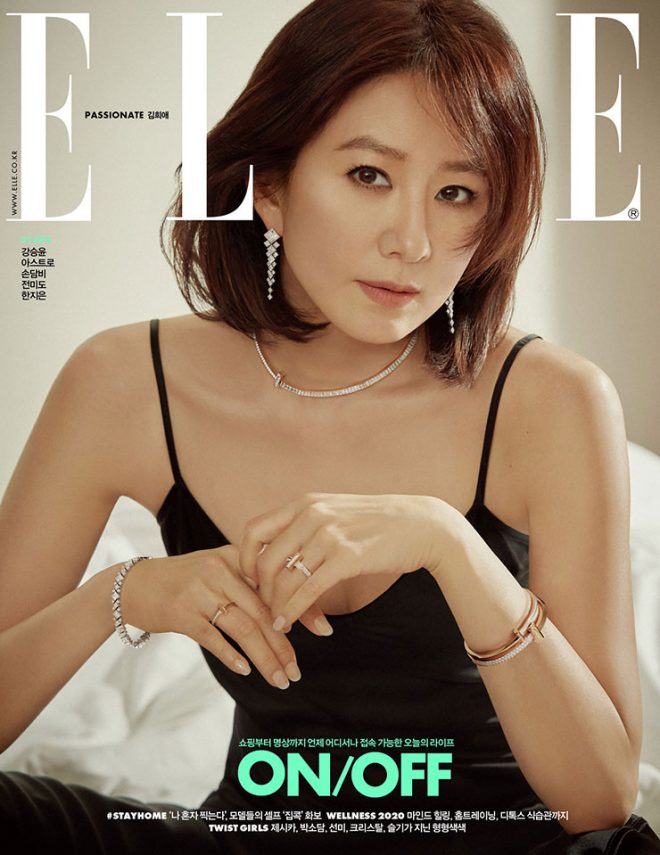 Available in two versions, the first one is a bold and sensual cover which captures the actress in a black slip dress accessorized with jewelry. In the second cover, the actress displays her charismatic expressions as she sits against the wall.

Along with the pictorial shoot, Kim Hee Ae was also interviewed about her experience working in The World of the Married and her passion for acting.

First speaking about the key point of Ji Sun Woo’s characteristics, Kim Hee Ae stated, “She has the strong determination to live hard. She uses the best of her ability to endure and keep her feelings to herself without letting anybody know.”

Adding further, she said, “In some ways, there are also aggressive and persistent aspects to her character. Nevertheless, it seems that viewers sympathized and supported Ji Sun Woo’s confident and honest appearance.” 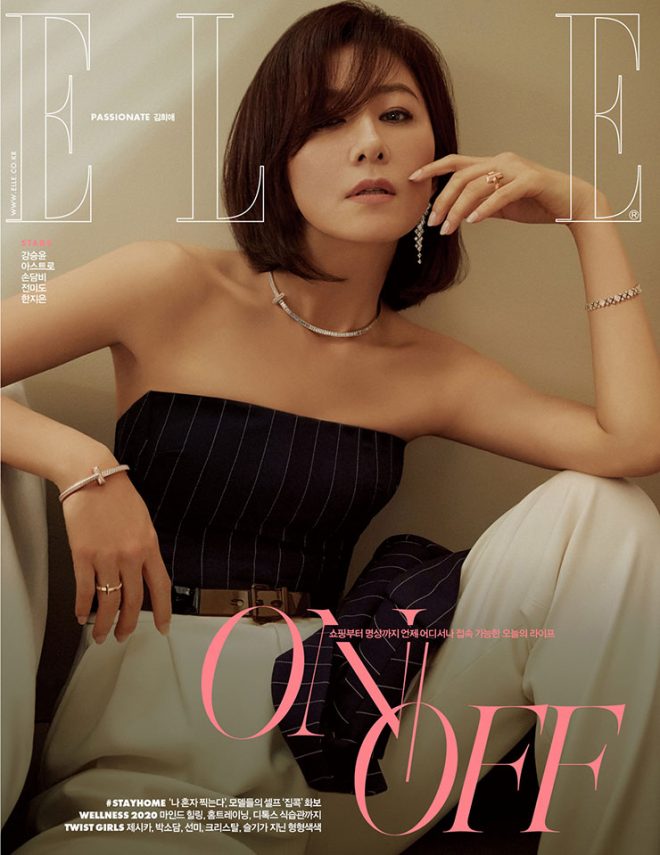 When asked about the secret behind her realistic portrayal of emotions in her acting performances, she replied, “I always work thinking this might be my last one for every project. I ask myself, ‘When will I be able to play this role again?’ These thoughts had helped me push myself and come this far.”

Additionally, she said, “I think it basically comes from the person’s thought process, whether he is acting or not. Even at the moment when I’m not an actor, I put a lot of effort into making myself better. In that regard, I am also a progressive person.”

More photos of Kim Hee Ae, as well as her exclusive interview, will be available on the June 2020 issue of ELLE Korea.