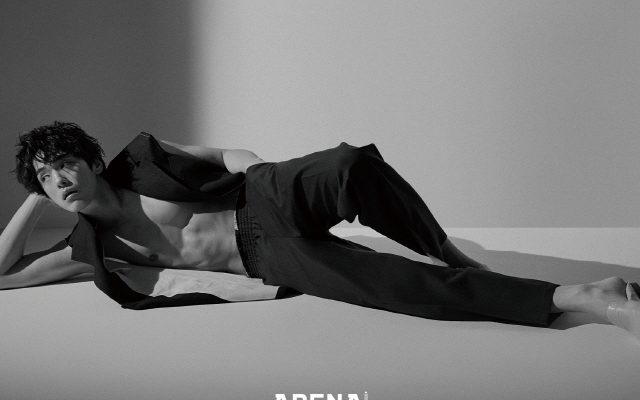 Featured for the May issue of the fashion magazine, the Crash Landing On You star switches from romantic to masculine mood. Wearing dandy and stylish outfits, Kim Jung Hyun overwhelms with his melting gazes and seductive mood. 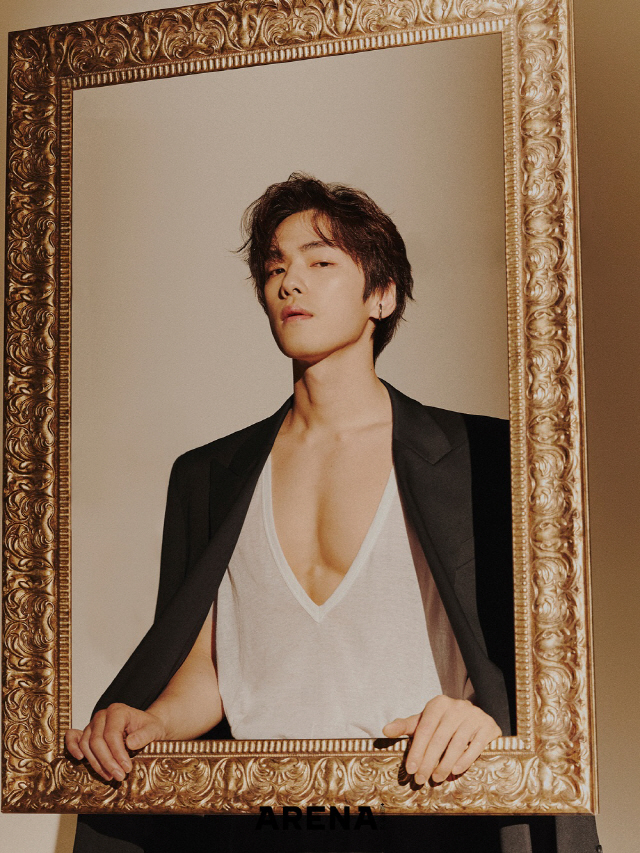 In one of the released photos, Kim is shown on a portrait-themed image peering flamboyantly. Wearing a low V-neck see-through shirt, it flaunts his well-toned upper body while the black jacket draped on him makes a striking contrast.

Evoking dreamy vibe, he channels a modern prince charming look garbed in a casual-looking suit. With eyes closed, he drinks in the beauty of Spring through the pictured pretty cherry blossoms. 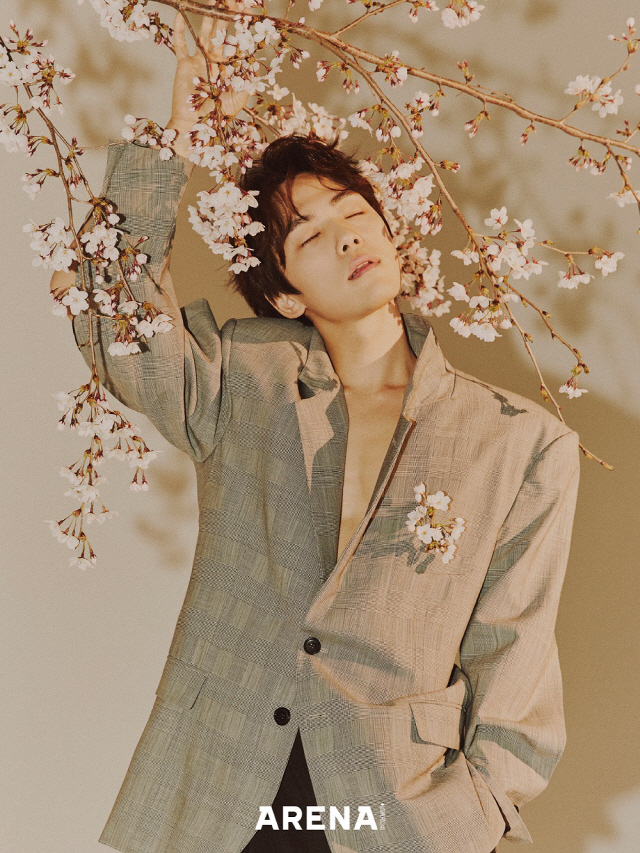 In monotone concept, Kim spells sensuous as he casually lays down on his side clad in black vest and pants. His trimmed abs peek gloriously complementing the mood of the scene. 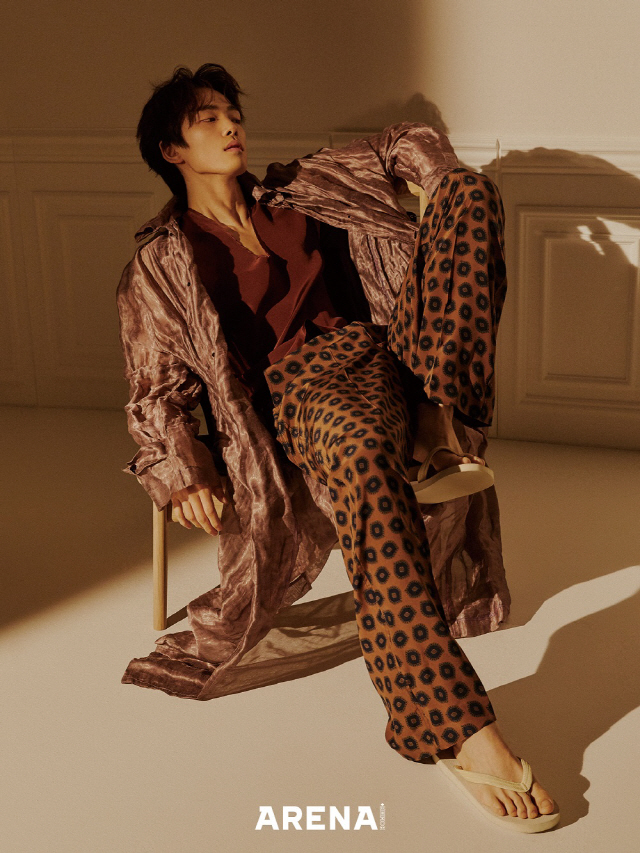 Subsequently, Kim revealed his thoughts after the photo shoot through an interview. “Acting makes me a better person,” he said.

He adds how gaining experience through acting is important. “It’s also a reason for learning, and how valuable it is if my acting touches others.”

The actor also confessed how receiving feedback and sharing through his work makes his life worthy. “I’m thinking about how my life can affect other people and what I can do to build that relationship,” he mentioned.

Sharing a fond story of his youth, he relayed how he is a member of drama department when he was in high school. Through his young dreams, he was able to write a play by himself inspired by the story of his mother.

Kim recently appeared on Crash Landing On You. His character of Gu Seung Jun was well-received by the viewers.

More of Kim Jung Hyun’s pictorial and detailed interview will be available on Arena Homme Plus’ May issue. 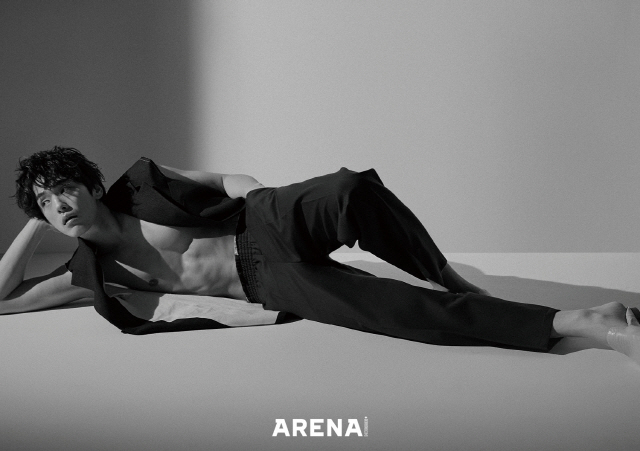