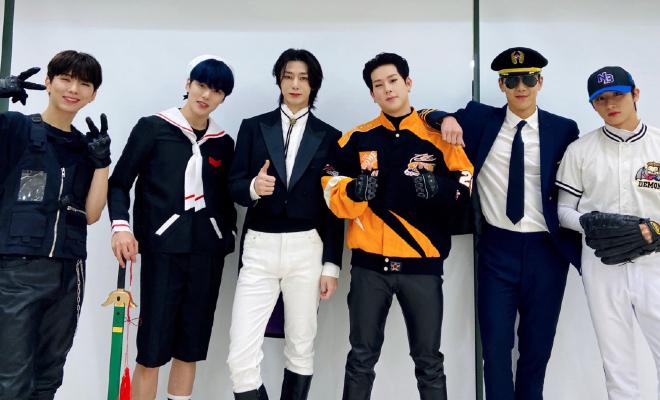 As a group together since 2015, MONSTA X members have surely the most visible personality differences and their first Instagram posts say it all!

Some say that when you lived with someone for years, you adapt to each other’s actions and personality. But, each MONSTA X members’ uniqueness is dominant and it clearly shows with their first Instagram posts. 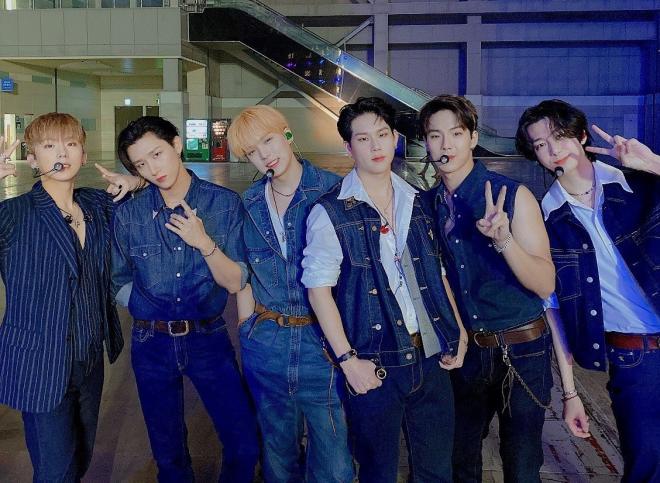 Giving the brightest shine to the Instagram world, the first MONSTA X member who opened his personal account was Minhyuk. With a username ID “go5rae,” Minhyuk’s first Instagram post was a whale photo captioned with a pair of gloves emoji.

MONBEBEs are aware of how Minhyuk loves whales, and it’s not just a plain reason for liking the said animal. Minhyuk mentioned countless times how much he loves whales. As he likes the idea of the animal taking him and all those he cherishes behind its broad back, he started to adore whales.

For Minhyuk who is known to actively communicate with his fans through the official fancafe and VLive app, it was a huge curiosity as to what kind of daily life and appearances will he reveal on Instagram. And surprisingly, his Instagram account was fonded by fans. About 20 minutes, Minhyuk already surpassed 200,000 followers from fans who rushed in as soon as they heard the news.

MONSTA X’s seasoned youngest always surprises fans and the public with his unpredictable side and responses to impromptu interviews. And it shows how witty he is with the username ID he used: imnameim.

To start off I.M’s journey into the Instagram world, he shared two posts on the same day. As soon as I.M’s Instagram account went live, MONBEBEs were ecstatic to flood appreciation towards the maknae.

Typical Im Changkyun, his first post has no caption but with a statement saying “you are beautiful”. The second post was his two mirror selcas, showing off his lovely phone with an artistic phone case. Fans were also expecting to see more posts that will showcase the “Night View” genius’ philosophical and intelligent nature.

MONSTA X’s Kihyun isn’t only the group’s trustworthy vocalist, but also their resident photographer. Kihyun has spent thousands to purchase his own professional camera, proving how passionate he is about his hobby.

And it shows with his first Instagram post—our hamster shark striking a chic pose donning a simple black shirt while holding his precious Leica Q2 camera which he bought in May 2020. He captioned with “Hi Monbebe, it’s Kihyun” and tagged MAPS as the photo was shot during his shoot with the magazine.

Fans were actually thrilled to see posts from Kihyun as he even had a photo exhibition years ago. The thought made MONBEBEs extremely anticipating to see what aesthetic snapshots he would share in the following days.

Swooning fans from all over the world, Shownu’s first Instagram post screams so much Sohn Hyunwoo. As soon as he opened his own personal Instagram, the reliable MONSTA X leader uploaded a selca for MONBEBEs. With the caption “Let’s meet often,” Shownu wears a long sleeves white t-shirt, beige pants, a hat, and pair of sneakers.

As the group’s flexible dancer, the photo looks like he just finished practicing at a studio. And of course, as Shownu is also MONSTA X’s Nunugom, what makes him adorable like a fluffy teddy bear was the username ID that he used.

Fans speculated that “shownuayo” is an alternative romanization of the phrase “Shownu-yeyo” meaning “I am Shownu,” which is absolutely charming. Some fan theories say that the “ayo” on Shownu’s username was just him greeting with a swag. What’s even humorous was some thought it’s only a fan account because of the photo Shownu used as a profile icon.

Amazingly, Shownu might have been introduced himself to the whole world. Two hours after, he had already racked up over 60,000 followers and also trended in Twitter.

Creating a storm with their elegance and charisma, MONSTA X continues to show the world that they do things better. From show hosting, OSTs, mixtape releases, magazine photoshoots, and awesome stage performances, MONSTA X always wanted to convey its flexibility and brilliance as artists.

Like puzzle pieces coming from different provinces in South Korea, altogether, these six members perfectly form a group that exceeds expectations. They might have overlapping personalities and would sometimes bicker with each other, but it’s actually what makes the group move forward.