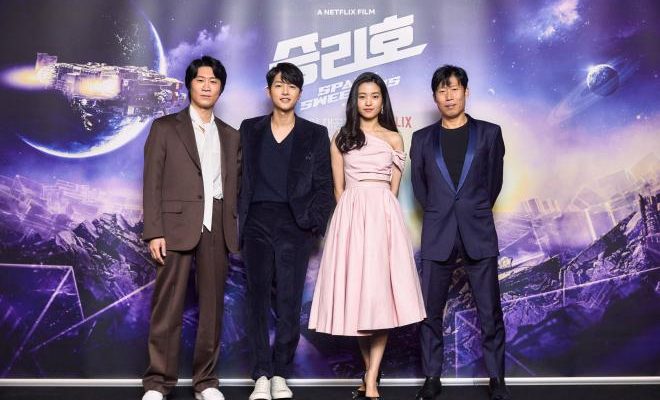 Deck your calendar alarm on February 5 and be on board Space Sweepers on its Netflix launch! 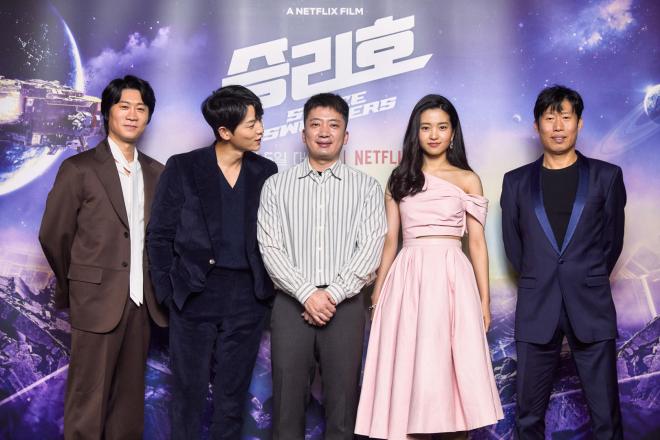 A Story 10 Years in the Making

Revealing the infancy stage of Space Sweepers traces 10 years back, Director Jo Sung Hee has worked on developing the story fervently. His reunion project with Song Joong Ki, whom he first worked in A Werewolf Boy, tackles underlying message on waste management in a warranted ambitious futuristic concept.

In fact Song Joong Ki decided to join the project even without the reading the script. He was confident enough on the brief memory of Director Jo discussing it to him 10 years ago.

“Back then, the storyline was a little bit different from what it came out to be, but when I first heard it from director Cho I was really shocked because it’s so new and fresh,” Song said.

Giving the same confidence to Jo Sung Hee, remarkable character actors Jin Seon Kyu and Yoo Hai Jin affirmed being gravitated to the vision of Director Jo. Both were amazed on the script. They also got a great impression on Director Jo’s passion in creating the story. 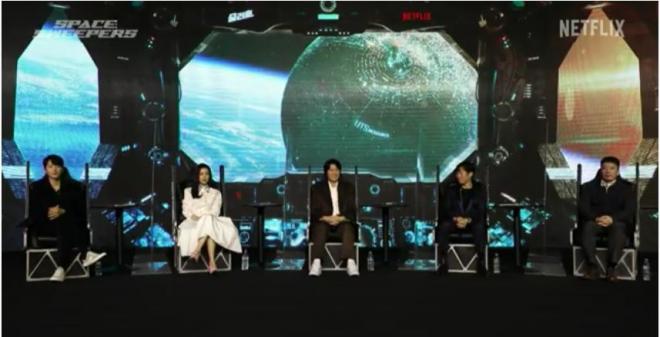 Based on Space Sweepers’ rough sketch, Planet Earth in the year 2092 is in a catastrophic state. Soon humans could no longer call it home as it is becoming desolate and unlivable. A perfect alternative environment has been established in space for UTS citizens to address the problem. As people travel to get out of Earth, they leave a lot of space debris in their wake. 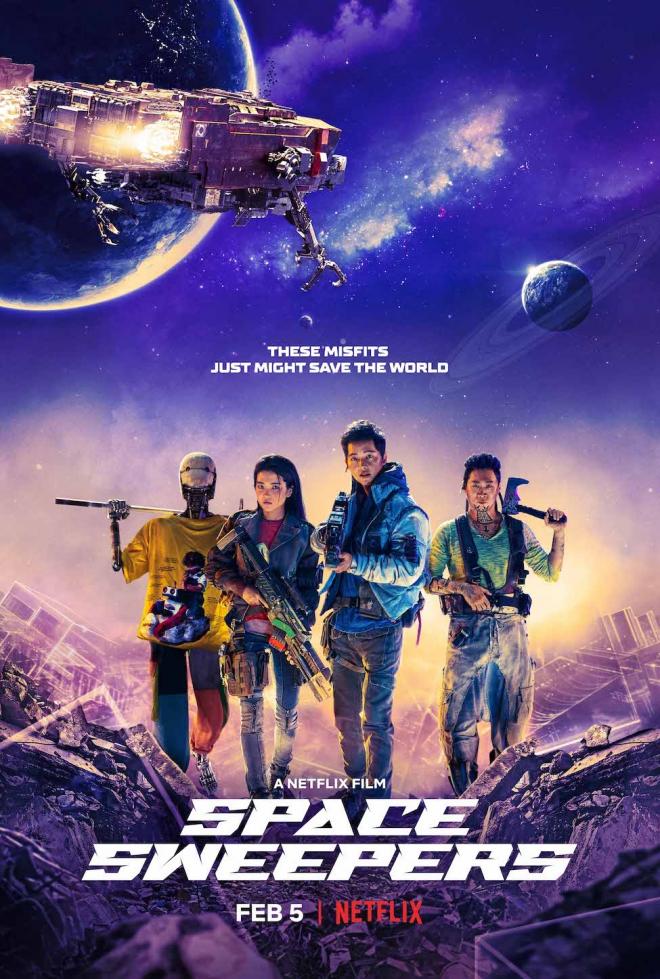 Introducing their roles formally, the main cast also gave a brief story to their characters.

For his role as Tae-ho, Song Joong Ki adorably quipped how his two projects with Director Jo have never made him look handsome. One was covered with mud, while the other was with engine oil. Despite that, he confessed being drawn to pure and warm-hearted characters.

Hinting her character Captain Jang aims to achieve a special dream, Kim Tae Ri asserted how she is clumsy in person making her totally different from the cool image of Captain Jang. She also beamed mentioning the fun part of her role was she got to shout at all the other crew members.

Jin Seon Kyu perceived his role was the hardest to film, having taken his scenes at an actual engine room of a ship that was decked at a port. He also shared Tiger Park is a sentimental person who loves children. Housekeeping spaceship Victory is also his thing aside from his engineer duties.

Portraying Bubs, Yoo Hai Jin described his robot character as a not typical robot. He is the accounting manager, but he’s not so savvy with the numbers. Full of charms, he is warm-hearted like almost a human being.

“The staff had to go through a hard time because of the technical issues. They had to shoot a scene without me and then with me inside. I think you would have been intrigued throughout the whole experience about how this is going to be realized,” Yoo said. 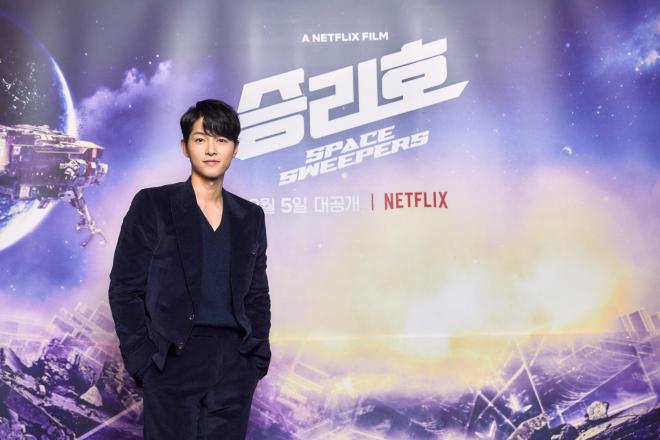 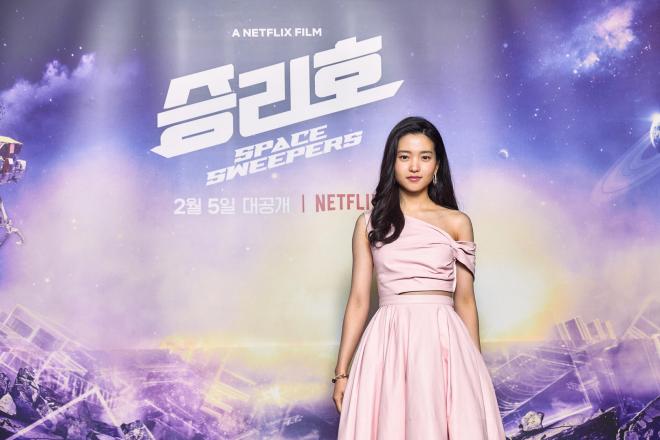 Alongside the main cast, English actor Richard Armitage (The Hobbit, Ocean’s 8) will be appearing in the film as Sullivan, the leader of UTS. When asked how he was able to cast the actor, Director Jo responded what picture of Sullivan he had in mind.

He has a good built and a large physique, a middle aged man who was very handsome. Qualities that are evident on Richard Armitage who was enthusiastic to work on the project.

In a video interview, the actor expressed gratitude and cheered for the cast and crew.

He said, “Thank you for inviting me to play Sullivan, for bringing me to Korea across the other side of the world and introducing me to a new country and all of the sights and the culture. But more importantly, for including me in a film which I think the Korean film industry is going to be extremely proud of.” 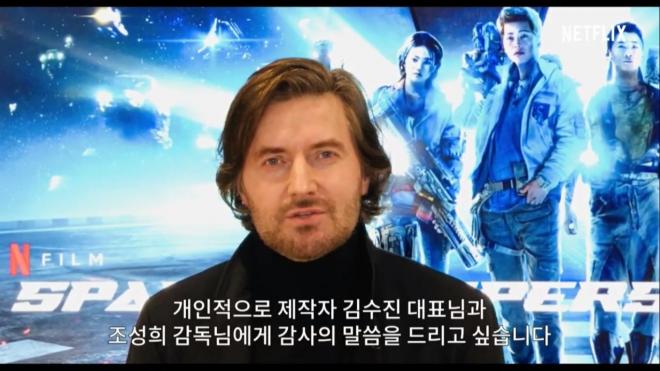 Obliging to questions from the press, the cast and director of Space Sweepers gave their insights about starring in Korea’s first sci-fi flick.

Citing the weight of the movie normally gets carried by the director, Song Joong Ki mentioned how he felt excited instead.

He added, “I felt like I was a child again. When I first read the script, it reminded me of when I was a young kid.”

Kim Tae Ri felt proud of being on-board the project. Hoping Space Sweepers will be the beginning of more Korean produced sci-fi films in the future, she expressed elatedness for having a chance to talk about the film. 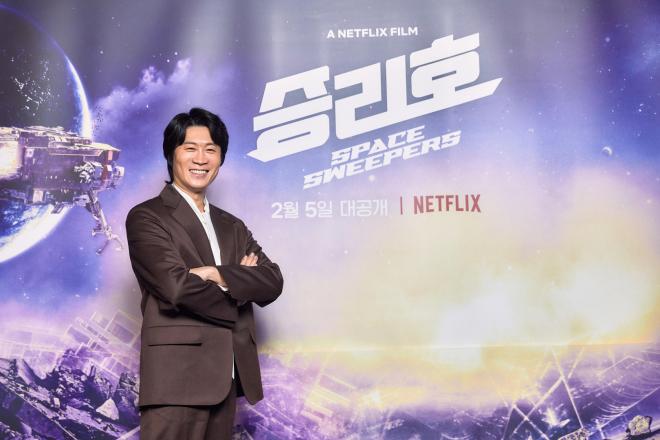 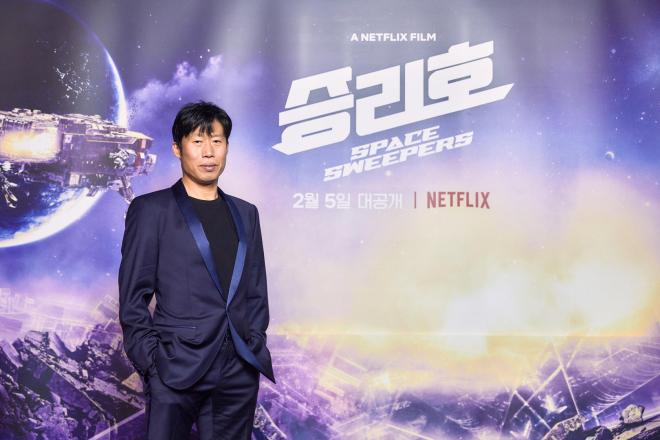 Conveying the pre-production process was quite difficult for Space Sweepers, Jo Sung Hee mentioned how a great deal of imagination was shared by the actors and production crew.

He said, “There were definitely challenges. However, there was also a lot of excitement about what this is going to look like on screen so that really drove us.

Emphasizing his goal to present the Korean flavor in Space Sweepers, Director Jo relayed paying attention to small details so as not to lose his goal of heightening the Korean vibe to a sci-fi film often associated with Hollywood films.

The actors admitted to have faced struggles filming using the green screen for the heavy VFX film. On Yoo Hai Jin’s side, he gave a clue on how the viewers will notice how he owned his character to a point that his presence can easily be felt.

Replying to the question raised about Song and Jo’s reunion, the actor communicated how people would often ask him where Chul-soo could be. That’s because he is a character that viewers keep dearly in their hearts. “I think director Jo is like that to me. It’s been 10 years but he’s always been there for me. He is just always there,” Song said.

Likewise, Director Jo returned the warm words. “I really depended on him. I could put my trust in him and feel a little bit relieved that Joong Ki is there there’s not much to worry about. Even Yoo Hai Jin affirmed the strong bond of Song Joong Ki and Jo Sung Hee.

Deviating from typical picture of a ship captain, Kim Tae Ri totally agreed on the director’s vision of Captain Jang. She is determined and driven to what her heart wants. 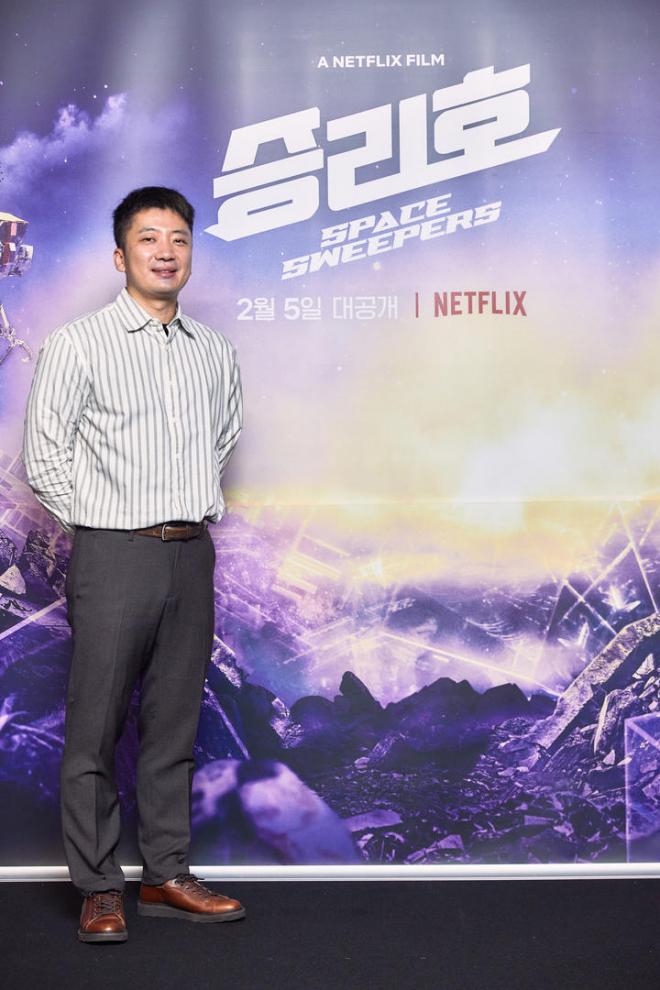 Amidst the pandemic situation, Space Sweepers opted for a Netflix global release instead of a theatrical one. Song Joong Ki pointed out how the most important thing is communicating to the audience. “We wanted to reach out to the viewers as soon as possible,” he said.

Kim Tae Ri felt happy and grateful to meet the viewers on Netflix. She also gave a tip to increase the volume while watching for better viewing experience.

Director Jo supported his main leads and remarked, “We are going to meet the audience of 190 countries, and I just want all of the people across the world to understand that there’s a large variety of movies being produced in Korea.”

Space Sweepers is slated to stream on Netflix beginning February 05. 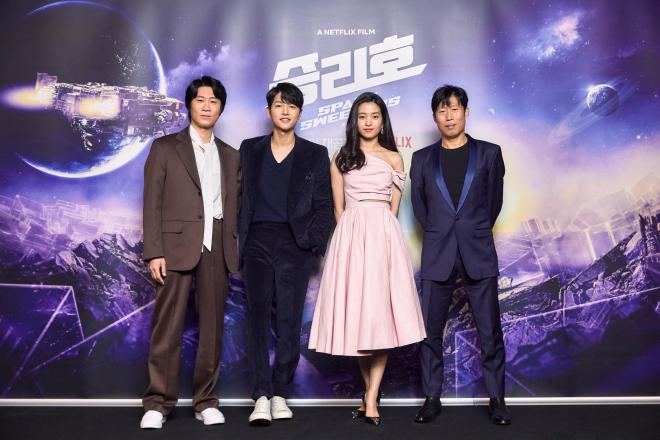 Hellokpop extends gratitude to Netflix PH for the media invite to the press conference.