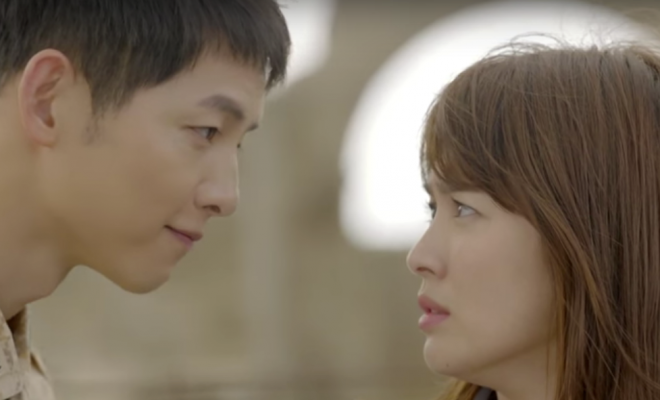 U.S. Viewers Give Thumbs Up For ‘Descendants Of The Sun’

Do you think this will ever happen – an American remake of ‘Descendants of the Sun’?

According to global video streaming site Viki, ‘Descendants of the Sun’ has topped the list of 50 most-searched TV series after four weeks, since it exclusively premiered in the U.S. via the website.

Based on the results of 2,492 reviews, ‘Descendants of the Sun’ overwhelmed all other drama series by achieving  9.7 out of 10 in viewer ratings. The hit drama is aired via Viki with subtitles in 33 different languages, including languages which are contributed by users.

In related news, ‘Descendants of the Sun’ will be aired on Japanese cable channel Elsei Gekijou beginning from June.