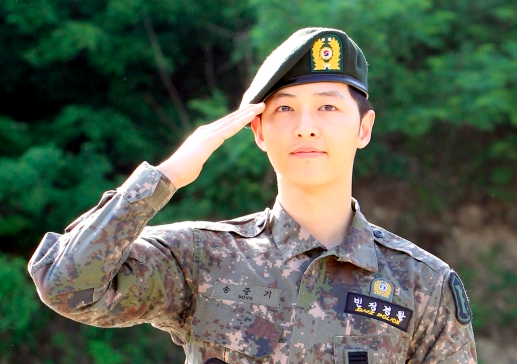 President Park Geun-hye Talks About ‘Descendants Of The Sun’

The commander-in-chief of South Korea speaks.

On Monday, South Korea President Park Geun Hye spoke on the current global phenomenal drama ‘Descendants of the Sun’ during a regular meeting at the presidential office, Cheong Wa Dae.

According to the meeting participants, Park shared that the global popularity of the drama could help in reaching out to foreigners and attract tourist arrivals to the country.

She continued, “Good cultural content can not only produce economic and cultural values, but also contribute to the revitalization of tourism.”

Park mentioned that patriotism could be instilled on young people through this drama. This was acknowledged by one of the meeting participants that Thailand Prime Minister Prayut Chan-o-cha also recently encouraged citizens to watch the drama for the same reason.

As the first Korean drama to be broadcast simultaneously in South Korea and China, ‘Descendants of the Sun’ has sparked an incredibly sensation in both countries. The viewership has since broke record of more than 30% in Seoul and other cities, and attracted hundreds of millions of views on China’s video platform iQiyi.

In other related news:

9 Reasons Why Everyone Needs To Watch ‘Descendants Of The Sun’

367
SHARES
FacebookTwitter
SubscribeGoogleWhatsappPinterestDiggRedditStumbleuponVkWeiboPocketTumblrMailMeneameOdnoklassniki
Related ItemsDescendants of the SunPark Geun-haeSong Joong Ki
← Previous Story The Rise Of Song Joong Ki And … The Red Ginseng
Next Story → U.S. Viewers Give Thumbs Up For ‘Descendants Of The Sun’