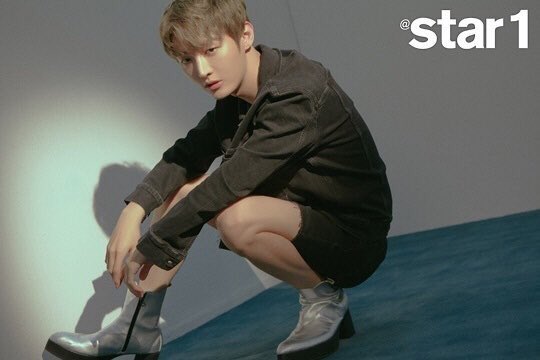 If there’s anything his fans know, it’s that tears come quite easily for Yoon Ji Sung.

During an interview with Star 1 Magazine, Yoon Ji Sung revealed all the happy and sad things that brought him to tears recently.

The former Wanna One member, who was also the leader and the eldest in the group, talked about his sincere feelings regarding his solo debut.

“As the first to release a solo album among the members of Wanna One, I am doing my best to prepare for it with a sense of responsibility. At first, it was awkward to sing alone without the members, and it was not easy to express the feelings contained in the songs completely,” he confessed, noting how different it feels to continue his career without his ten comrades.

READ: Yoon Ji Sung Reveals He Feels Both Awkward And Excited About His Solo Debut

However, his worries were diminished as his ten fellow Produce 101 Season 2 graduates have kept their strong bond going in spite of their contract as a group’s expiration.

“When you’re nervous, the members’ cheering is a big boost. It encourages you to do whatever you want, and I’m very thankful to them,” he said towards his ex-groupmates who are consistently vocal and showy of their support for each other’s new career path. 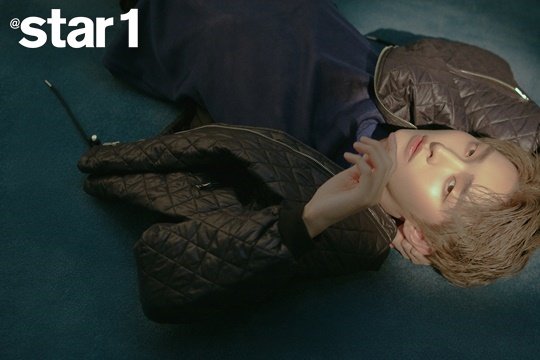 He also expressed how his goal now as a solo artist is to enter the top 100 in the music charts.

“The album really reflects my opinion. When I chose the title song, I decided to listen to all the songs that were on the list and had a one-on-one meeting with the director before shooting the music video. Some of the songs in the album were also written by me,” the singer said.

Besides his solo debut as a musician, Ji Sung will also be making his first appearance on the theater stage with the musical Those Days.

“When I heard that my show was sold out, I burst into tears. I never imagined it. Acting is one of the things I have always wanted to do in my bucket list. I wanted to perform in a play in the future so I worked hard,” he admitted, promising that he will give his best as the main character Kang Moo Young.

“I hope everyone will not be too sad about Wanna One ending activities. We’ll just be separated for a while, but Wanna One did not disappear,” Ji Sung promised.

“Our memories with Wannables are so precious. I want you all to be healthy and happy. I love you,” he said.

What are your thoughts on Yoon Ji Sung’s heartfelt interview? Let us know by leaving a comment below, giving us a holler on Facebook, or tweeting us at @hellokpop!