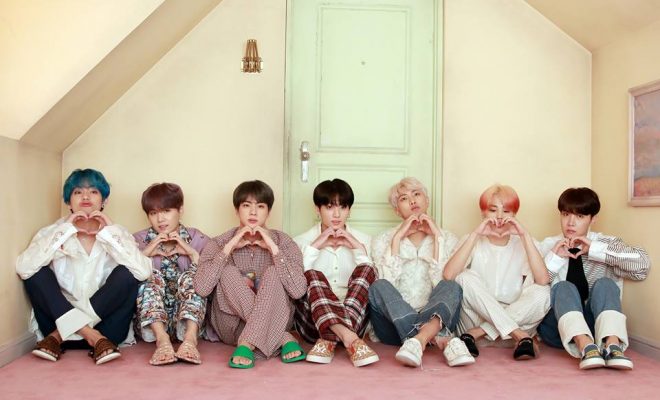 It was a worldwide domination for BTS and ARMYs as the release of the boy group’s highly-anticipated album Map of the Soul: Persona on April 12 saw the creation of new records and history. Spotify also gladly witnessed on its platform where fans did not hold back in showing the power of their fandom through record-breaking streams.

RM, Jin, J-Hope, Suga, Jimin, V, and Jungkook made history as the first K-Pop group to surpass five billion streams on the music-streaming platform. They also set the record as the first artist from Asia to achieve such milestone.

See Also: BTS And “Fake Love” Are The Most Streamed K-Pop Artist And Song On Spotify In 2018

Celebrating the release of their album, the boys dedicated a special Spotify playlist to their beloved ARMYs, who made everything possible for their favorite boys and supported them through these achievements. For the next seven days, the boy group will take over the Teen Party playlist, selecting songs from artists all over the world and sharing them with fans.

Aside from reaching five billion streams on Spotify, the boy group also boasts ten million followers on the platform. Moreover, member J-Hope recently surpassed BIGBANG’s G-Dragon to be the most followed K-Pop soloist on the music-streaming site.

Last year, Spotify named “Fake Love” as the most streamed K-Pop track of 2018 after recording more than 219 million streams.