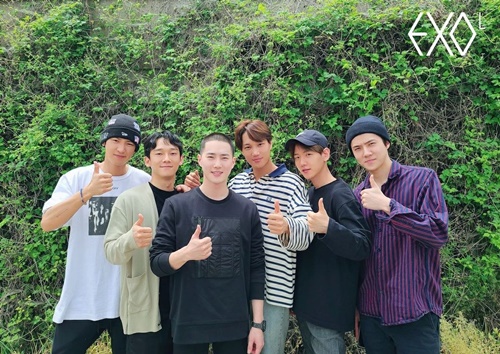 By Yann | May 14, 2020
FacebookTwitter
SubscribeGoogleWhatsappPinterestDiggRedditStumbleuponVkWeiboPocketTumblrMailMeneameOdnoklassniki

Together with EXO-Ls, the members of EXO are cheering on to say, “Let’s meet again, Suho!”

The members of EXO gathered on May 14 to send off their leader Suho, who is joining the army for his mandatory service today.

Sharing the special moment with their fans, the group posted their photos together on their official fan club application Lysn. The photos showed Chanyeol, Chen, Kai, Baekhyun, and Sehun gathering for Suho, who still looked gorgeous even with his short military haircut. 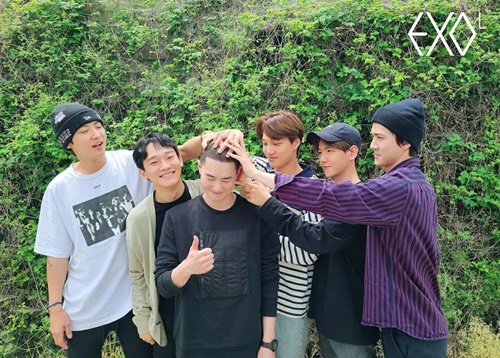 Lay, who is unfortunately not with the group at the moment, also cheered Suho on for his enlistment in the military. On the day of the EXO leader’s enlistment, he posted photos of the members on his Instagram account with the words “Let’s love. Have a safe journey.”

Lay visited South Korea in July last year to send D.O off on his enlistment. However, in the wake of the ongoing COVID-19 outbreak, it might not have been possible for him to send off Suho personally this time around. 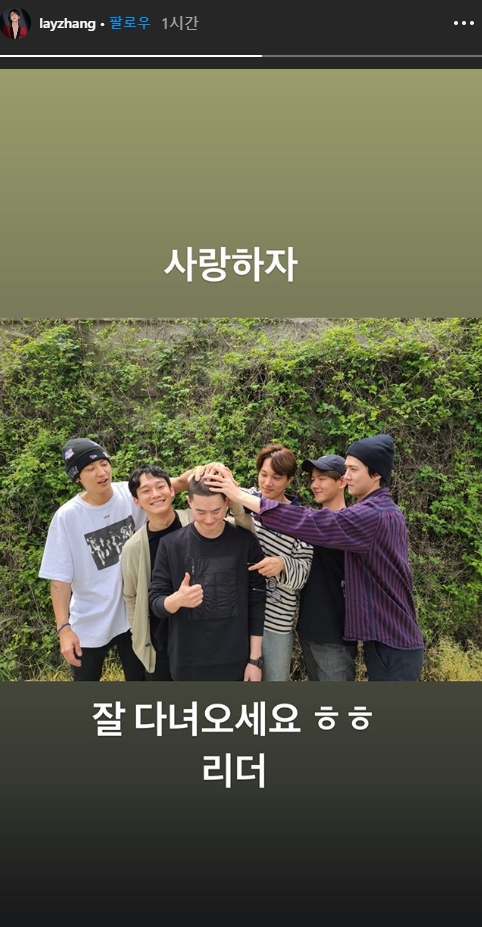 Meanwhile, Suho entered the Army Training Center in Nonsan at the South Chungcheong Province. After four weeks of basic military training, he will serve as a public service worker. He requested to enlist quietly, but he waved fans goodbye with an Instagram post showing EXO’s official lightstick captioned with “WE ARE ONE EXO, Let’s Love”.

Aside from hashtags cheering Suho on, keywords about Lay and Chen, who marked his first public appearance after the birth of his daughter, also trended on Twitter.

WE ARE ONE EXO 사랑하자

Meanwhile, other EXO members currently serving their mandatory military services are Xiumin and D.O. The two enlisted as active duty soldiers in May and July 2019, and they will also appear in the military musical Return this June to July.