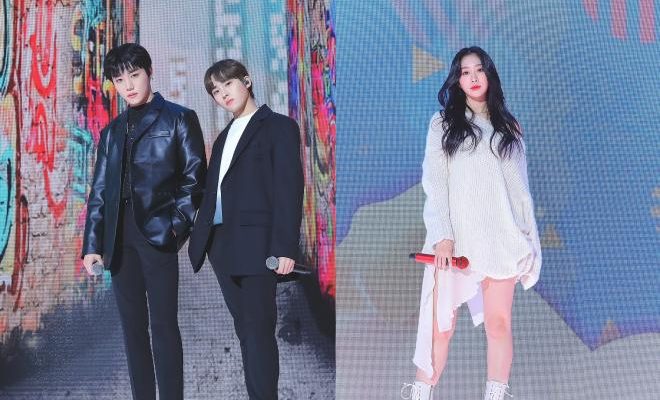 Get ready to feel special and happy while you check out the latest Woollim The Live 3 performances!

Woollim The Live 3 unveiled one of its new surprises, the first unit stage video. We got to experience the synergy between two members of Golden Child as they covered a song from a sub-unit from the same company. Also, we received a cute cover delivered by Lovelyz’s Jisoo to brighten our days. 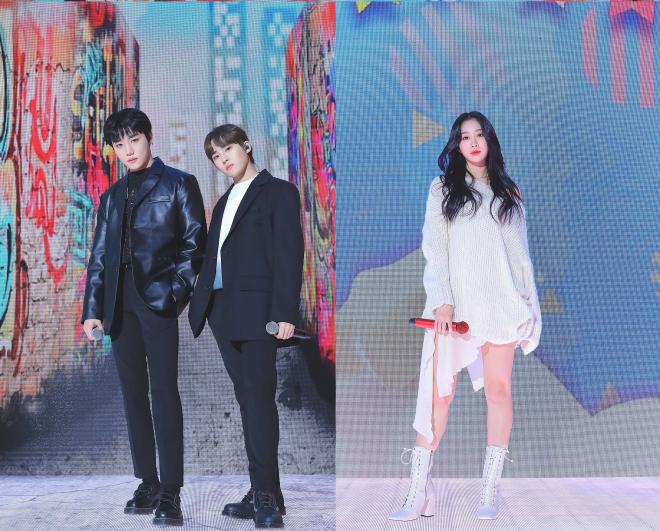 Jisoo covered the song “Pet”, originally belonging to 10cm. The cute and bright track was presented in a lovely way that would make viewers sway along and enjoy the uplifting performance.

Along with the singer’s clear voice, the background added to the mood with the cute decorations and the animal reminiscent silhouettes and paw marks. The idol’s innocence showed a new and sweet charm to the song, completing the delightful stage.

Golden Child’s Jangjun and Seungmin took upon themselves to show their own version of INFINITE H’s song “Special Girl”. The boys emitted a fresh charm that captivated many fans with this performance.

The artists impressed us with not only the talents we know they have, but they also mixed things up a little. We got to experience vocalist Seungmin rapping, as well as rapper Jangjun’s singing abilities, both making hearts flutter.

The two Golden Child members were also the first to present a unit cover and are not the only ones, so keep your eyes on the upcoming reveals as well. Meanwhile, fans can enjoy more covers by Woollim artists through the official YouTube channel or on the Seezn app.