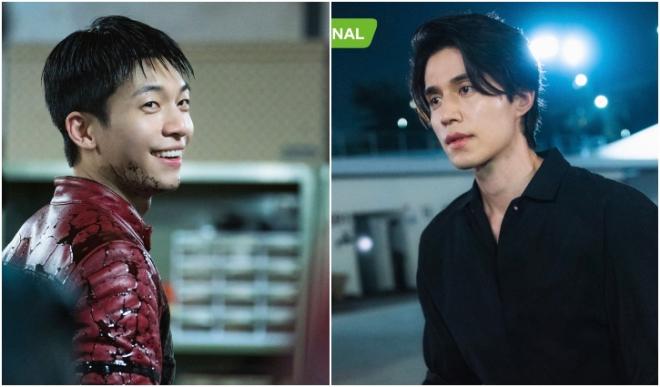 It’s a date with Hallyu’s dashing duo Lee Dong Wook and Wi Ha Jun when Bad and Crazy debuts on December 17 on iQiyi and iQ.com at 9:50 pm simulcast with Korea, globally across 191 territories.

iQiyi’s Original Korean drama series Bad and Crazy, stars Lee Dong Wook (Tale of the Nine-Tailed, Guardian: The Lonely and Great God), Wi Ha Jun (Squid Game, 18 Again, Something in the Rain), Han Ji Eun (Lovestruck in the City, Be Melodramatic) and Cha Hak Yeon (Mine, Children of Nobody).

The latest trailers reveal  Lee Dong Wook as Ryu Su Yeol, a consequentialist police inspector looking to get ahead in life. After meeting Wi Ha Joon’s crazy ‘K’ – whose origin is yet unknown – Lee’s life descends into chaos, from being beaten up, getting into fights, surviving an explosion, to clinging to the open rear door of a speeding truck.

Even with life and limb at stake, Lee and Wi are still smiling and giving each other high-fives in a love-hate relationship that promises to enthrall viewers.

In the trailers, Lee Dong Wook’s enviable physique takes the spotlight as he’s seen relaxing in a sauna with just a towel, the tranquil only lasted for a while when a helmet-clad Wi Ha Jun suddenly bursts in. Wi dishes out a beating, splashes hot water on Lee, and even forces him on a terrifying motorcycle ride. Lee Dong Wook could not help but yell, “You really are a madman!” However, in moments of crisis, Lee and Wi seem to enjoy great chemistry fighting side by side, revealing a ‘bromance’ that ties them together.

Further revealed in the trailers is Han Ji Eun’s character as the hot-blooded narcotics police officer Lee Hui Gyeom giving Lee Dong Wook another headache. Even as both previously dated, Han evidently cannot stand Lee now as she even hurls him to the ground and questions, “Are you really not getting your act together?” However, when faced with cases that are tough to crack, Lee and Han have no choice but to cooperate.

With the help of the crazed protector of justice Wi Ha Jun, they look every bit a crime-fighting trio. In a scene where Lee Dong Wook drives a truck, the three are tucked in the front seat, screaming and cheering in joy. Viewers are sure to feel their team spirit, but will no doubt be curious about the love triangle relationship among them.

Bad and Crazy is a hero-centric drama that follows capable but bad cop Ryu Su Yeol regaining his humanity after meeting the righteous but crazy ‘K’.

The iQiyi Original K-series is set to premiere on December 17, with new episodes simulcast with Korea on Fridays and Saturdays. 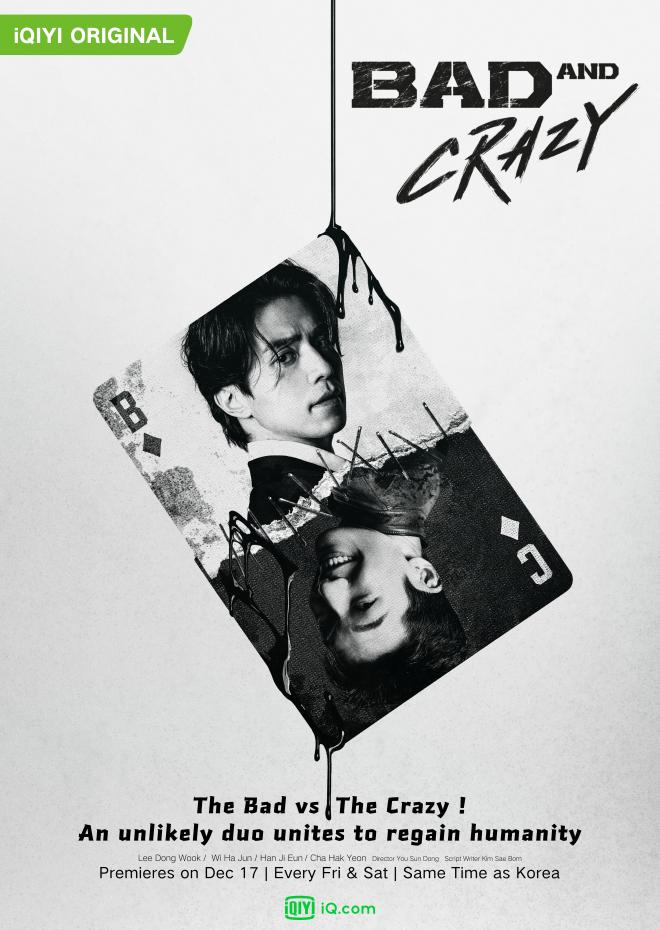