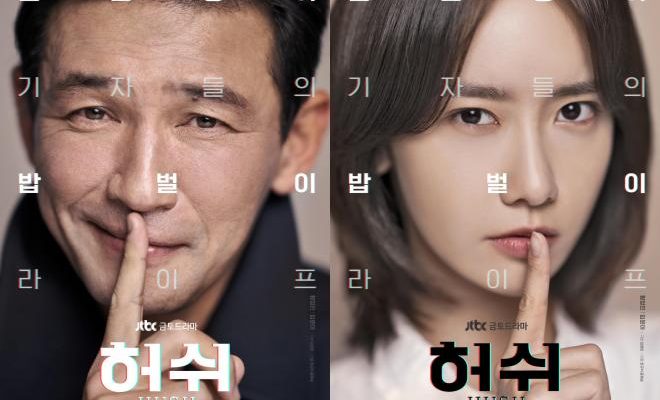 The lead stars Hwang Jung Min and Im Yoona showcase a great synergy in new posters and trailers released for their latest drama.

Hush depicts the life of Han Joon Hyuk (Hwang Jung Min), a veteran reporter, and the passionate intern Lee Ji Soo (Im Yoona). The drama revolves around the lives of journalists as ordinary salary workers, who are constantly confronted and shaken by the boundary between survival and conscience. 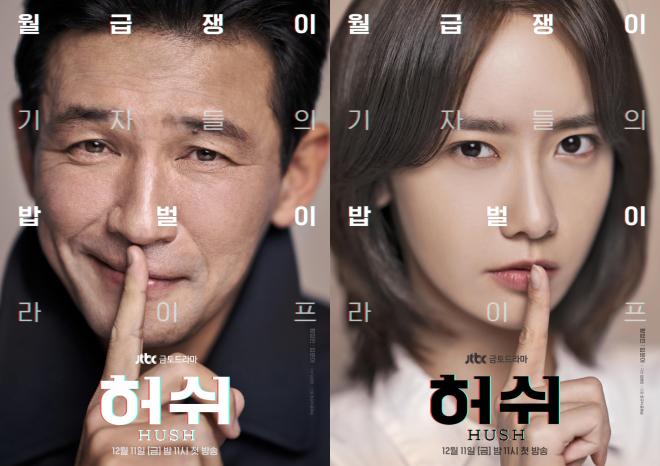 In the individual posters released, Hwang Jung Min and Im Yoona look towards the camera while gesturing a shush hand sign. Giving a mysterious gaze, the two signal the viewers to keep silent, as if they are about to tell something important.

Hwang Jung Min takes the role of Han Joon Hyuk, a veteran reporter in a newspaper company who has lost his passion after facing the harsh reality. Rather than being interested with justice and truth, he chooses to stay unbothered.

Through his eye-catching look and friendly aura, viewers will be able to witness a new type of character he is set to portray. 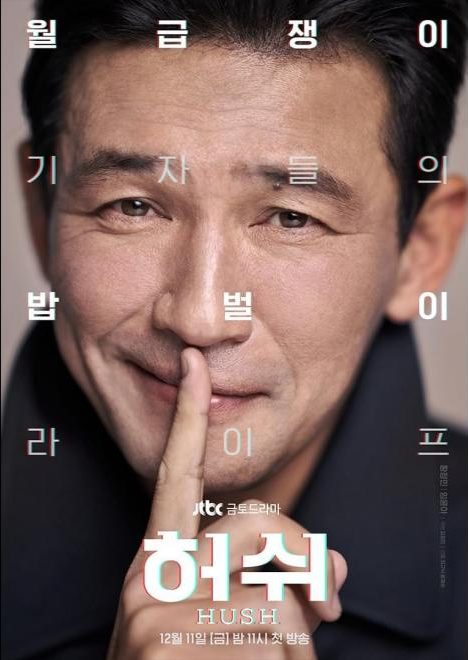 Meanwhile, Im Yoona transforms as Lee Ji Soo, a bold intern reporter, who believes that food is mightier than pen. She is an energetic and charming woman who is not afraid to speak her mind.

After the incident that shook her family’s once happy life, she starts dreaming of becoming a journalist at the newspaper company “Everyday Korea”. There, Han Joon Hyuk became her mentor.

As an intern armed with passion and spirit, she will later grow up into a real journalist, while fighting for her survival at work. 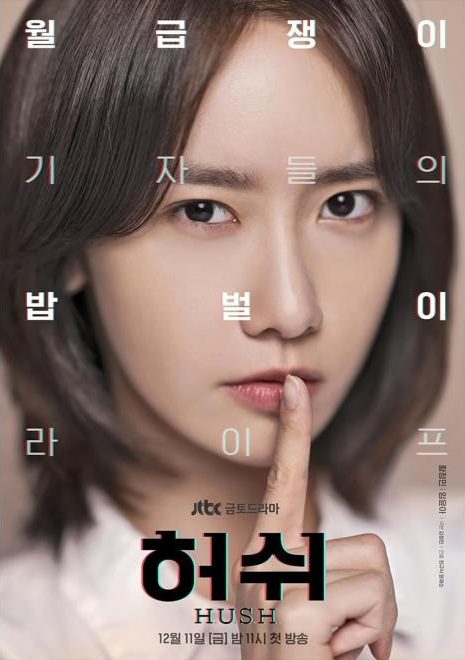 The shush gesture does not only reflect the title “Hush”, but also its implication in the realistic lives of ordinary reporters, who has a lot to say but chooses to stay silent, because of the wages to support their family depends on it.

The production team said, “The story of reporters, who live as ordinary office workers and normal people before the media, will provide laughter to viewers and make them resonate with the characters. Please look forward to the interesting encounter of Hwang Jung Min and Im Yoona.”

Hush will premiere on December 11 at 11 PM KST, following More Than Friends.

Watch the trailers below!